Playground: Growing Up in the New York Underground, by Paul Zone 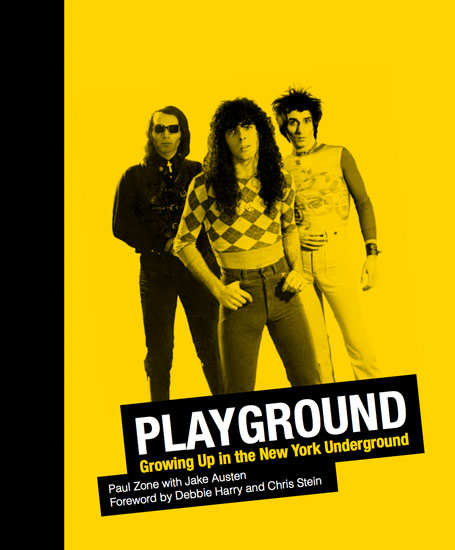 From Playground: Growing Up in New York Underground, By Paul Zone, © 2014, published by Glitterati Incorporated

Playground: Growing Up in the New York Underground, is a collection of never-before-published photos of the New York punk scene in the 1970s. We got this book in some time ago but never found the time to review it. But Efrem and I both love it so we figured better late than never.

Nestled in the pages of Playground: Growing Up in the New York Underground are intoxicating snapshots of an oddball beginning. Photographer/musician Paul Zone, with the help of Jake Austen, has documented the birth of an influential era; names and faces that have become the building blocks of glam-punk and a whole new wave of rock. Eager and excited in their awkward uncertainty, the photos feel a bit like the bottom of a cab floor--boozed and chalky. But how else would you want to see the birth of punk and glam rock? Coupled with, well - for lack of a better term, a kick-ass design, publisher Glitterati Incorporated has cultivated a perfect platform for Zone's images and the story of these iconic rockers' starts.

"The club was packed with a dream team of incredible human beings . . ."

Enter the pages of the flawlessly printed and curated Playground. 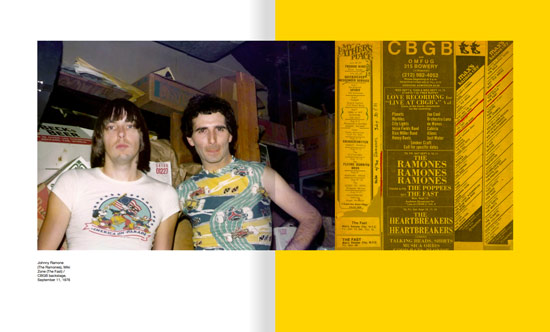 Alas, if you Google "The Fast," to find what you're looking for, "band" is needed. It's significant to acknowledge The Fast, as this is who Zone was. He and his mates were there, with the likes of Blondie, The New York Dolls, The Ramones, Iggy Pop, Kiss, Elton John, and other rock gods. We are talking royalty here, people! Zone was never without his camera! This is the stage, and the access he had, but in the pages of Playground, it's just another quiet night out with friends.

Beyond queer--here in ways beyond fabulous--in the pages of Playground we find fright and newness, something photographic, with a sense of family and kickass music. It's not pretty. But it's so damn good! Reading into Playground, it's easy to see an admission from Zone. The late 60's through the 70's weren't about just one thing--the influence of disco, dance, and glitter were present and meaningfully alive in rock. Rules had been made by the likes of The Beatles and The Rolling Stones. It was time for those rules and expectations to be broken.

Beyond the music, history, friends, sex, confusion, drugs, alcohol, death, and rock 'n' roll, Zone shares an intimate moment after a flight--he happened to share with the Dalai Lama--to LAX. It encapsulates the spirit of Playground: Growing Up in the New York Underground. Life is full of happiness and so many bad things. But those bad things have nothing to do with one's own happiness. "The sadness is outside of you. I can see in your eyes that you are a happy person." These are the words of the Dalai Lama to Zone - this is the spirit and memory of these great photos. 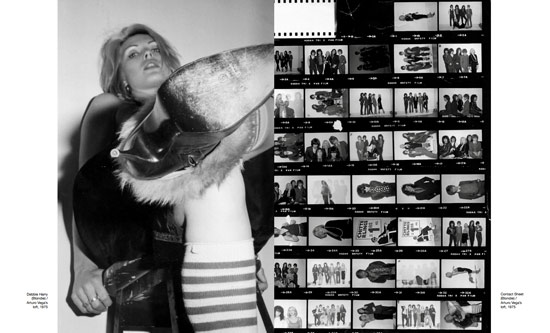 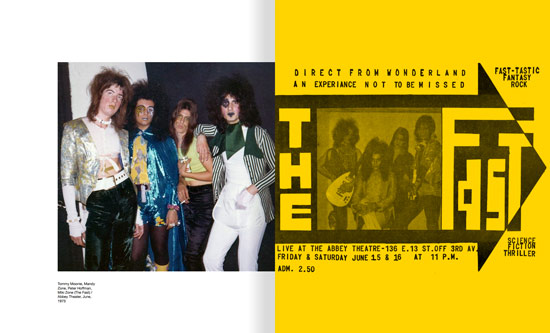