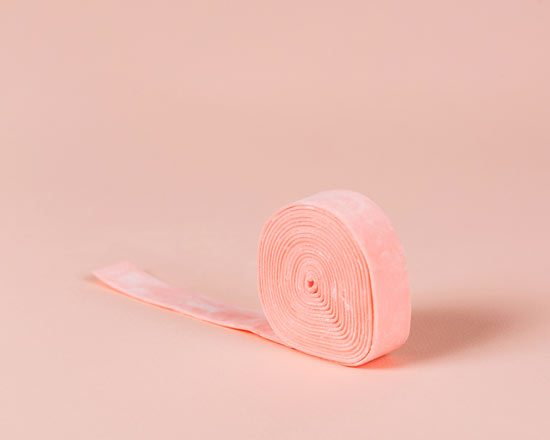 Sugar Rush © Frances F. Denny
Article by Efrem Zelony-Mindell
Photographer Frances F. Denny wants you to know you can be an imperfect feminist. That's an OK thing to be. Ideals of 1920's feminism and femininity have changed. Denny's first solo show, currently at ClampArt in New York City, contemplates and questions ideals of being a woman. As one who grew up in the nineties, she may be the first to admit it was a rather glorious age of shiny stickers, glittery goo, pearly nail polish, balloons, and bright colors. Clouds, stars, ponies and the like! These things became cornerstone caricatures of girlhood. To a large extent, they still are. It seems poignant to point out that as a kid growing up in the nineties, identity seemed pretty amorphous for a good while there. There were odd edges around what cool was and I'm not sure we wanted it to be a specific thing. We grew up on a much different Nickelodeon, with an almost unrecognizable Britney Spears. We were cool with being totally quirky, maybe even okay with being completely poor. We weren't perfect, but we loved our bright colors and tons of sugar! And let's be honest, nineties kids were a little twisted. There was something in the air back then. Denny has put a good amount of this nurture into her photographs and exhibition, Pink Crush. 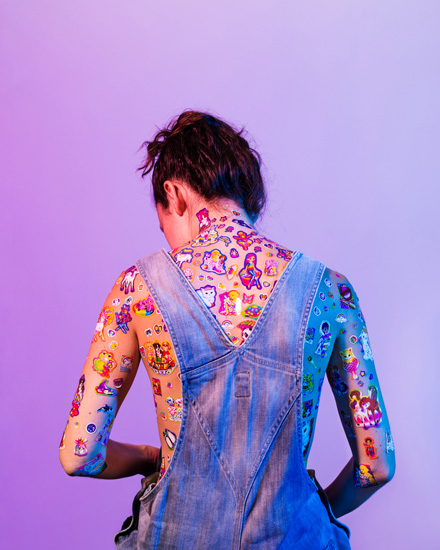 Wicked Game
"How are we taught to be women? How are we taught to be feminine?" Denny is committed to a deep exploration of development; she's insightfully curious about experimenting. The work in Pink Crush explores the aesthetics of a woman who grows through a filter of pop culture and commercialism. Pinky and shimmery objects always seem to be the safe default to celebrate a woman's anything. Her works aren't a rebellion against this, but there is a desire to study and survey. The shape of the contemporary woman has become a strangely commodified landscape.
"The work burst from my head, like the birth of Athena." She is matter-of-fact. "Books and stories are far more generative to me and the work I make." Denny has not trapped herself in a rebellion of gender or a crisis of identity. She is practically a scientist; she studies so as to further the language and form of what it means to be woman. Her results are the wonderfully cultivated photographs of Pink Crush. 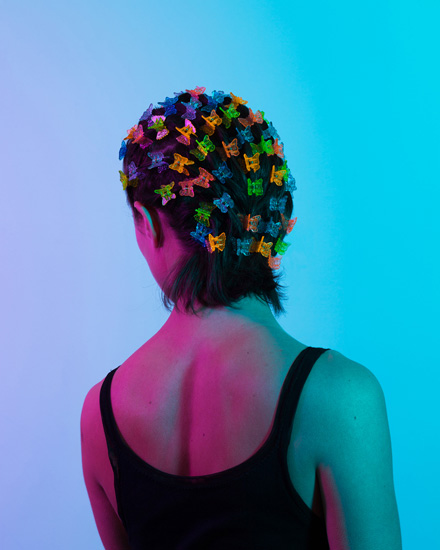 Butterfly Dream
Denny's work has sympathy with the intimate, ornate and inescapably recognizable. There is a deeply personal quality in the photographs; her subjects and objects become more figurative and less specific in identity. The ambiguity cultivates a universal sense of anyone and everyone. The photographs may make you feel uncomfortable at times in their obscurity, but it's that uncertainty that makes them so wonderful. The pictures are a way to grasp a sense of woman through iconography, but they nurture a virtue to which anyone can relate. The images are highly saturated appearing unnatural - even plastic - yet they have a familiarity and a common motif of mending. The compositions, in their duality, stimulate a wonderfully confusing sense of engagement, a desire. You can almost taste the photos - some are sweet, others are explosive and sour. 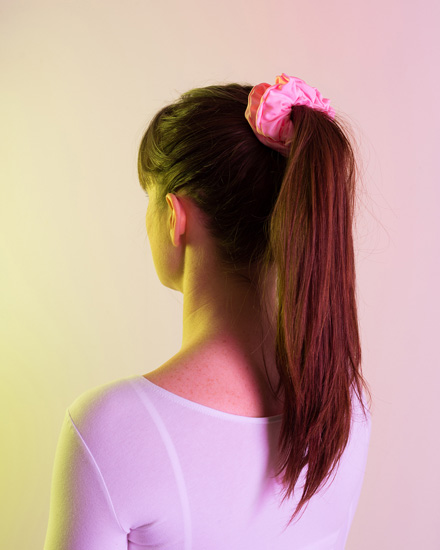 Pink Lemonade
Beyond the work, "which at times I wanted to feel a bit like a regurgitation of the girly aisle in a party store," Pink Crush is being displayed in tandem with a show of work that is from her first printed book published by Radius Books, "Let Virtue Be Your Guide." Denny shares how lucky she feels to have a role in photography. "I am so grateful to Brian [Clamp of ClampArt] and David [Chickey, of Radius Books] for letting me have the chance to make and show work that is about women being women." Denny and her work never for a moment lose sight of the gratitude it takes to achieve equality. Equality is nothing if we aren't people first. The parts that make us who we are help us become more whole. Pink Crush does that. It embraces the stuffness of being woman. The photos make it possible to understand the self. They aren't for a moment ashamed of their identity. The colors, the kooky shapes, the dirty leftovers, the uneven edges and all that stuff in-between, make a woman. She is a whole person.
- Efrem Zelony-Mindell
Frances Denny's exhibitions have been extended - go see Pink Crush plus Let Virtue be Your Guide at ClampArt, Chelsea, NYC, through December 30th. 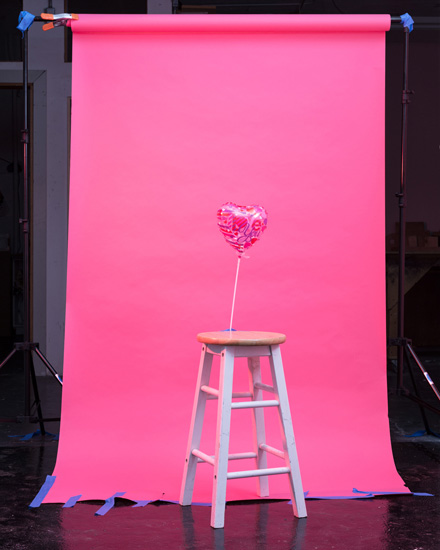 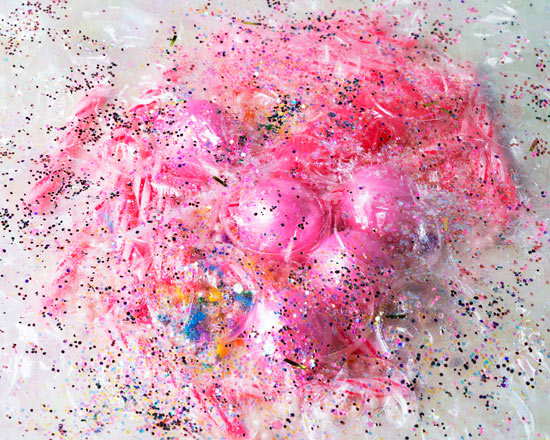