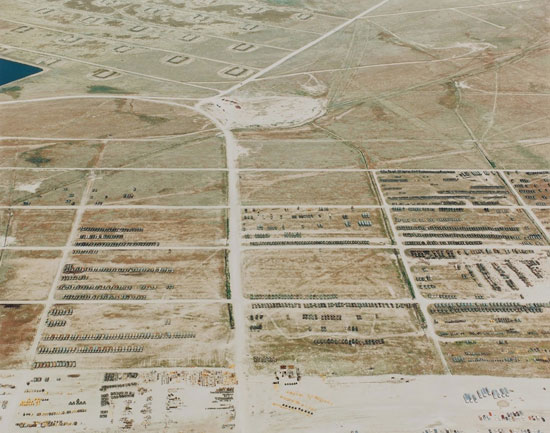 Tooele Army Depot Superfund Site, Tooele, Utah 1986 © David T. Hanson
Words by Efrem Zelony-Mindell.
The obsession with landscapes will undoubtedly be around as long as there are people to view them and capture them. The question is, why do we need any more of these wonderful, beautiful, idealized images? Landscapes change, the planet changes, people change, views and ideals affect how we see things philosophically, physically, and literally. The planet is in direct conversation with the land we see every day; it's around us and beneath us, the landscape. It's all consuming and reveals misdeeds; David T. Hanson's images expose this topographical understanding. Wilderness to Wasteland (Taverner Press) is a collection of images from across the country that raise a flag; they shout into the distance, "Look at what you're doing!" 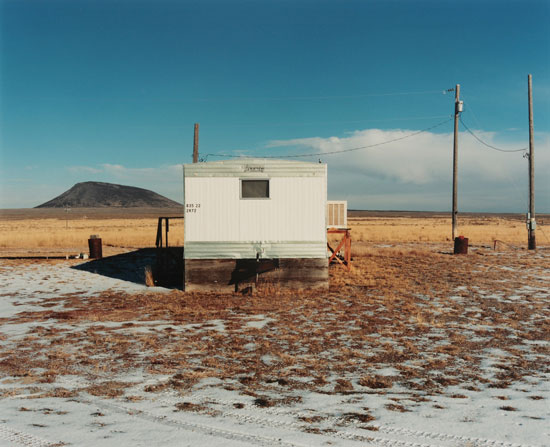 East edge of Atomic CIty, Idaho 1986 © David T. Hanson
Something very normal and recognizable begins Hanson's work - deserts, fields, tattered homes and boxy ranches in the central west of the United States. As the book progresses, something aggressive shifts in the imagery, as do the settings of the photographs. The landscapes become unspeakably altered, almost totally foreign. How can this be terra? Wilderness to Wasteland is a collection of images Hanson has pulled from his archive. It's interesting to note that the images, even with hints of 70's and 80's automobiles, somehow feel totally now, today. It's in the interruption of humans interacting with these environments. Those actions are unalterably timeless. 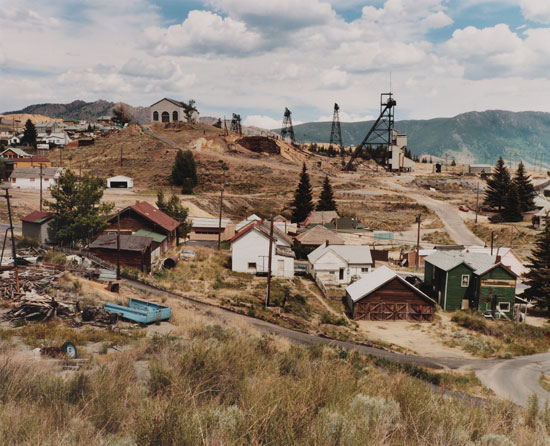 Mt. Con Mine and Centerville, Butte, Montana 1985 © David T. Hanson
The book takes us through chapters, ebbing and flowing from ground views to aerials, from west to east  all over the United States. Progressively one becomes more and more aware of the reality and the ways in which sites used for testing, mining, and waste could be affecting everything outside the frame of the photographs. The social and ecological implications complicate the language of the photographs. The images are just as much about what's not in them as what is. There's a psychology of landscape that blends with technology becoming inseparable from nature. Nothing will ever be the same, always evolving with many signs signifying progress. With enough distance and with the right kind of eyes these places and photos read like "open wounds," as poet Wendell Berry puts it in discussing Hanson's work. 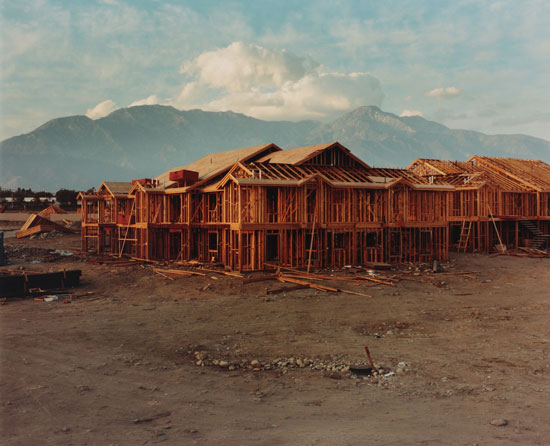 New housing development, Rancho Cucamonga, California 1985 © David T. Hanson
Hanson's book doesn't feel like a period at the end of a sentence. In his own words, "These sites may be seen as monuments to the dominant myths and obsessions of our culture. Indeed, it seems likely that the most enduring monuments that Western civilization will leave for future generations will be . . . the hazardous remains of our industry and technology. Landscapes of failed desire, these sites become both arena and metaphor for the most constructive and destructive aspects of the American spirit." Hanson's photographs are a reflection of this apropos closing statement. It is this highly loaded atmosphere and unusualness that breathes an air of cautious beauty into the images. In Wilderness to Wasteland, Hanson has found a way to combine disbelief with the sublime. 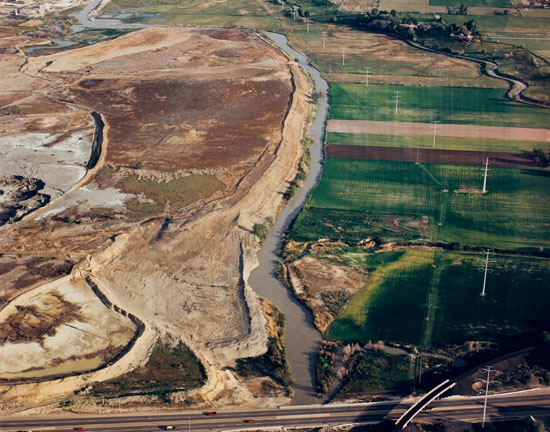 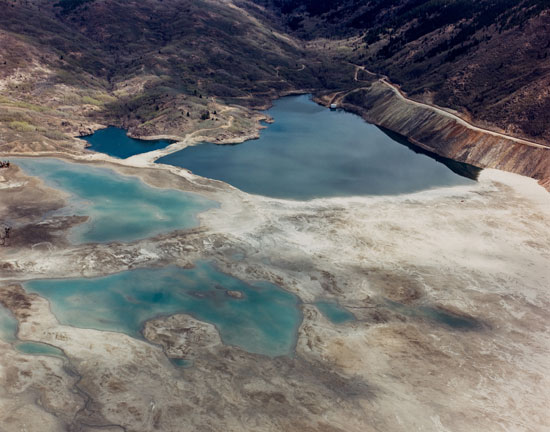 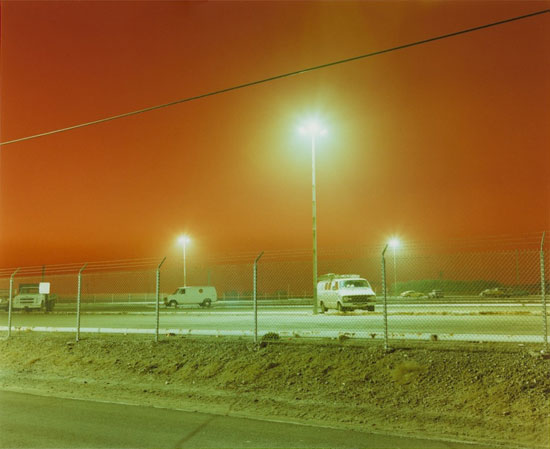 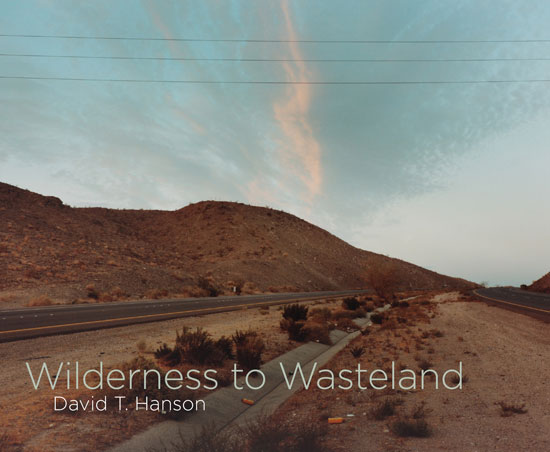