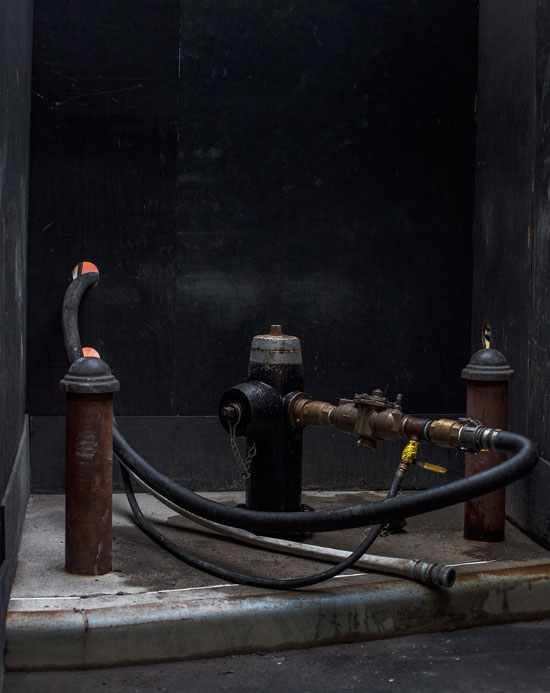 Untitled, 2014 © Judith Stenneken, Galerie 5, 6
Words by Efrem Zelony-Mindell.
The last visit I made to AIPAD - in 2008 - was the first and last time I attended. I left that first time and didn't make a photograph for four years.
Upon hitting the Armory floor that year I quickly took note of the many Minor Whites, Aaron Siskinds, and Harry Callahans there were on the floors leaning up against the walls of booths. I risked picking up a framed Minor White in a booth in which I felt particularly invisible. No one seemed to notice the 20-year-old cretin picking up and waving around the framed image. "That's how it's gonna be huh?" I thought to myself.
I came around a corner to a well-established contemporary photography booth; a gallery, which will remain nameless, with a featured image of an artist, who will also remain nameless. The print was bigger than me; I'm six foot four. Shot, framed, and lit with the utmost perfection. The subject of this photo is something one would find at a local zoo. What you can't find at your local zoo is the best photography equipment and the most expensive flashes money can buy, which the photographer clearly used to achieve the photograph. Needless to say the creature's photographic impression was something to behold, every inch an idealized image of absolute perfection. "How could anyone, who doesn't want to make images like this but does want to work in this field, compete with something like this object?" was my bone-crushing thought.
And that's how I left my feelings for photography. For four years. 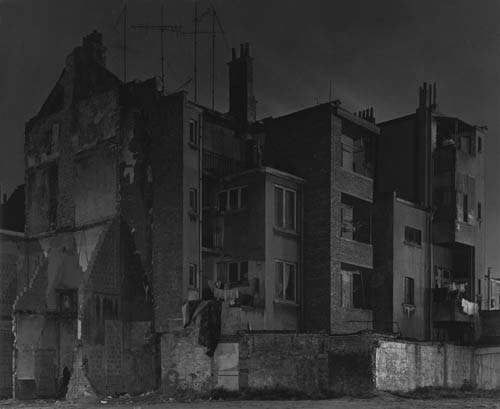 Brussels 007, 1981 © Gilbert Fastenaekens, Galerie Les Filles Du Calvaire
I didn't know then what I realize now. The Armory's AIPAD is as much an antiques road show as it is the Fine Art Photography world's Comic Con. It's a chance for photo galleries and institutions, and people, from all over the world to gather in New York City. There's some good quick sales to be made and, if you take the time, a few new friends to make as well. With the right intentions and a good pair of eyes, it's not totally impossible to yield some meaningful experiences with the people and large display of very concisely and purposefully curated photos. After all there are some exquisite images.
So this time I decided I wanted to turn the experience around on itself. I spent over seven hours every day this year at AIPAD. I'd like to point out that doing this doesn't make me special - just stupid, crazy, and driven enough. The heroes of AIPAD are the gallerists, assistants, and Armory staff who dedicate their time, energy, and maybe even souls to this convention. I tip my hat to them.
Their passion inspired me to play some part, so I kept a stream of conscious diary during and after everyday. 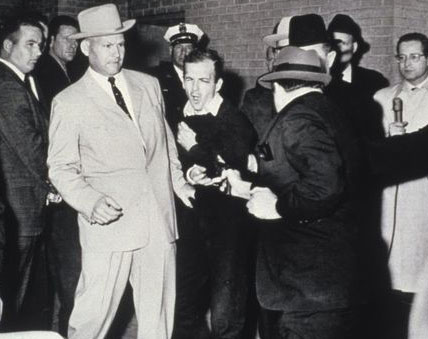 Jack Ruby Shoots Lee Harvey Oswald © Bob Jackson, Gary Edwards Gallery
Opening Night:
Opening night is like chasing around after some semblance of cordiality and imagery. It's more social than photographic but the evening is hugely photogenic. Name tags and introductions, stumbling over hors d'oeuvres. It's great to sift through the confusion and endless stream of booze.
"Where on earth do they put all those empty glasses?" I wondered on my way out.
Day 1:
Standardized words flush the halls of the Armory - words like fresh and contemporary. There are things in those silly haphazard bins with far too many zeros. Like the Robert Frank I found for $80,000 with only a simple matting and plastic sleeve for protection.
"You're not going to forget me," someone brightly beams at a gallery owner, "my last name's Art." There are joyous little words of amusement muttered by many different patrons. When you catch one it's like finding a diamond. "You're a craftsman! And I mean that in the best way I can mean that!" Such passion. It's hard not to laugh out loud.
Rest becomes a commodity on the well-placed benches. The tax is worth the spectacle of the company of strangers and friends alike. 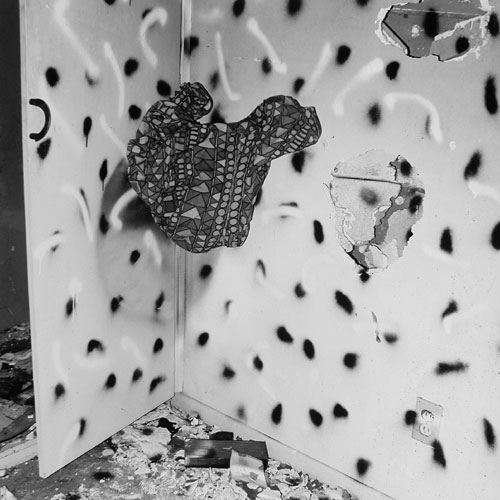 Vandalism Series, 1974 © John Divola, Lee Gallery
Day 2:
By now things seem much more solid. You're even starting to memorize where things are. Close your eyes and you can remember exact locations of your favorite images even though your head does nothing but spin from the sheer volume. There's no more casual strolling and looking; you can actually see the photos on the walls. This is no longer a convention, it's an endurance trial.
Day 3:
[I've written one word here. It's the same word I've written for day four.]
Gossip. 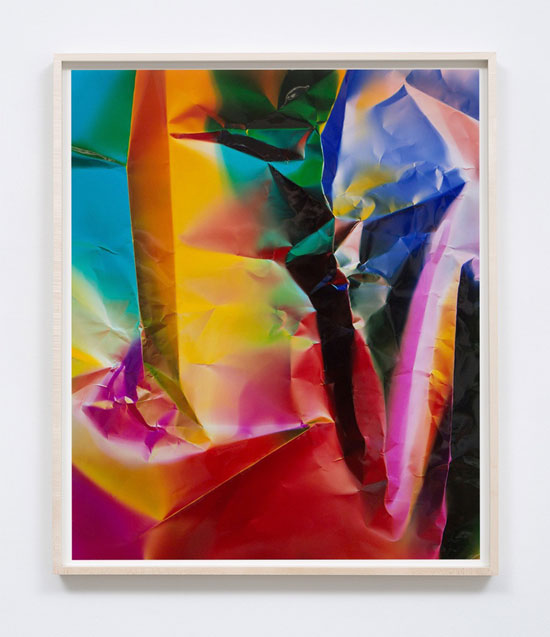 Dings & Shadows, 2013 © Ellen Carey, M+B
The whole thing becomes too much and I certainly have to admit it may be because of the degree of my visits, but not totally the fault of my obsession. AIPAD is a lot of work! As a casual goer it's great to stroll through and give the time it deserves. Talk to people - there's no reason not to - they're surprisingly friendly, intelligent, and engaging. (Many attendees are actual working professionals; make friends, but don't ask for favors!) Maybe all that is actually not so surprising. After all, we're all at AIPAD for the same reason; we really feel passionately towards photography. Given my first interaction with AIPAD and this recent experience, I've come to realize in many ways that this crazy experience is what you make of it. If you let it put you on your ass it will. It's much more rewarding to make it yours. For me, I gave myself over to it. I'm eager to get back behind my camera. 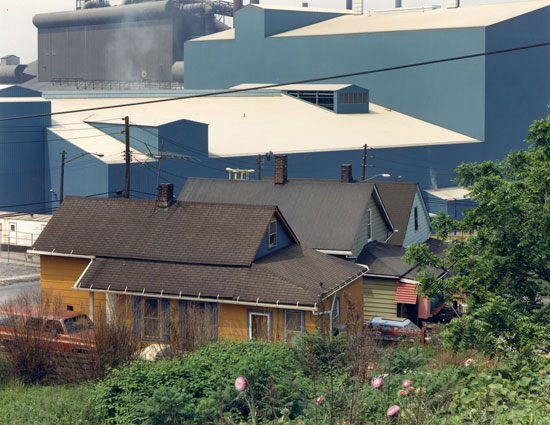 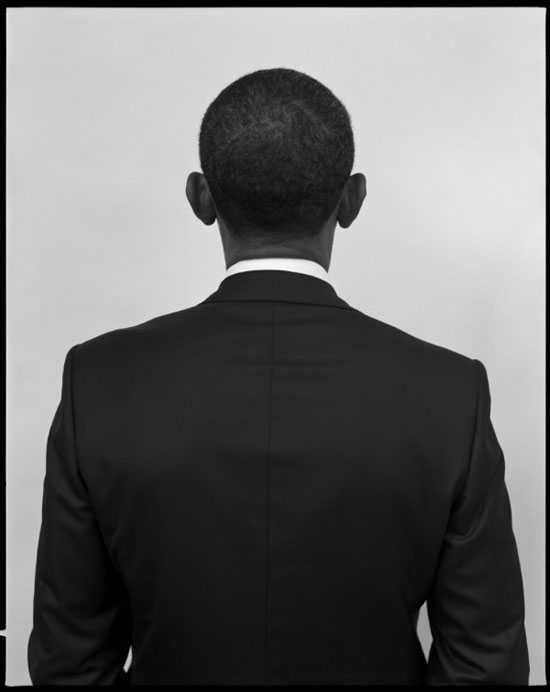 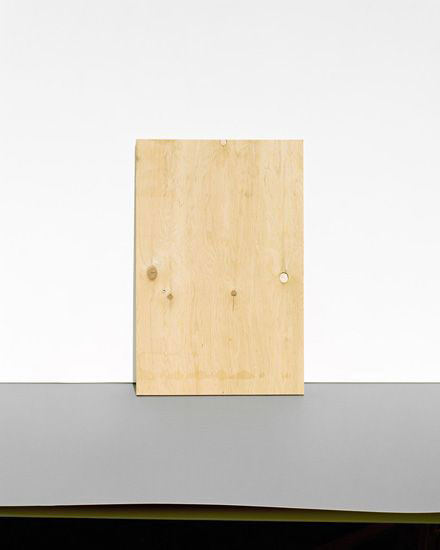 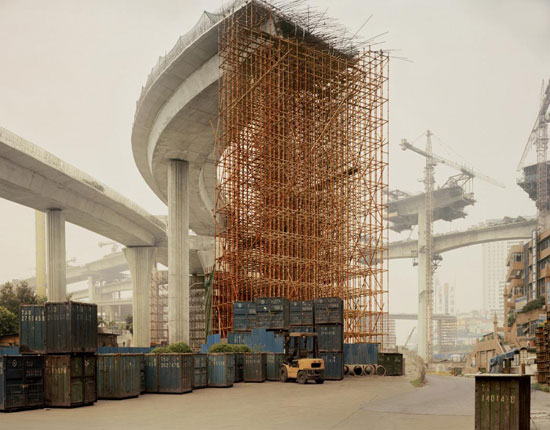