Pauline Black and a Posse 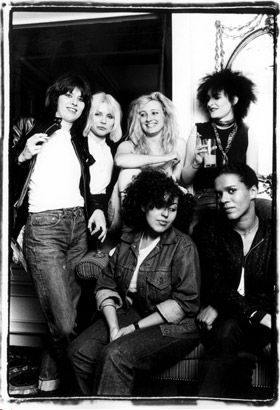 This has always been a really popular Putland image. Michael photographed the women in Kensington, London, for New Musical News and it was quite unusual to get such an assortment of musicians together. Referring to this photo, Pauline Black recently hosted a half hour segment on BBC Radio 4 and talked to Viv Albertine and Poly Styrene about what it was like to be a woman on the punk and rock scenes and what impact strong women in rock have had.