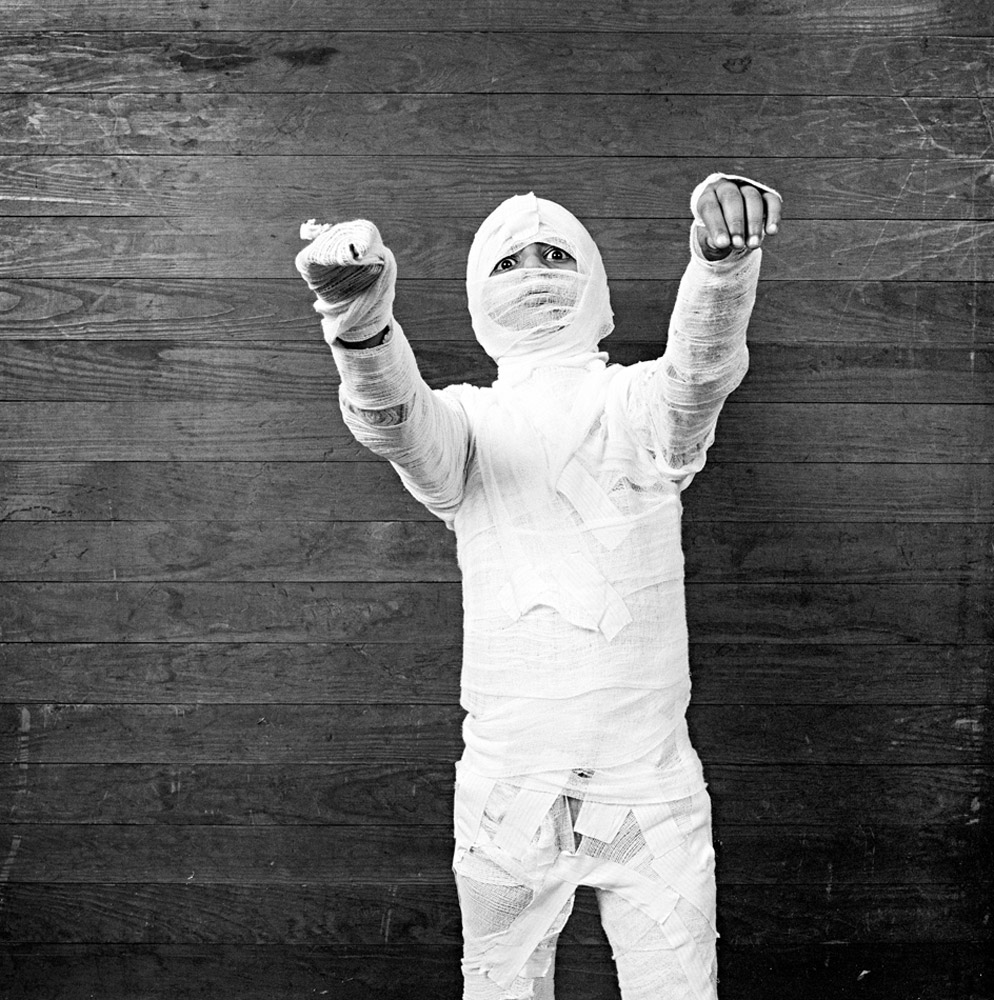 Mummy, St. John's, 21st Street, Brooklyn, 1980 © Larry Racioppo
Us older British ex-pats grew up without Halloween and some of us have trouble relating to the madness that descends upon us each October. Larry Racioppo on the other hand, grew up in the thick of it.
There are a lot of great photos on Larry's website but when you've finished here, be sure to check out some of the audio of Larry talking about his work.
"Growing up in South Brooklyn, I loved Halloween. My cousins and I didn't wear store-bought costumes, just a little face paint. We were more interested in fighting our friends with homemade chalk bags and throwing eggs than in 'trick or treating'. In 1974 I began photographing the kids in my neighborhood every Halloween." 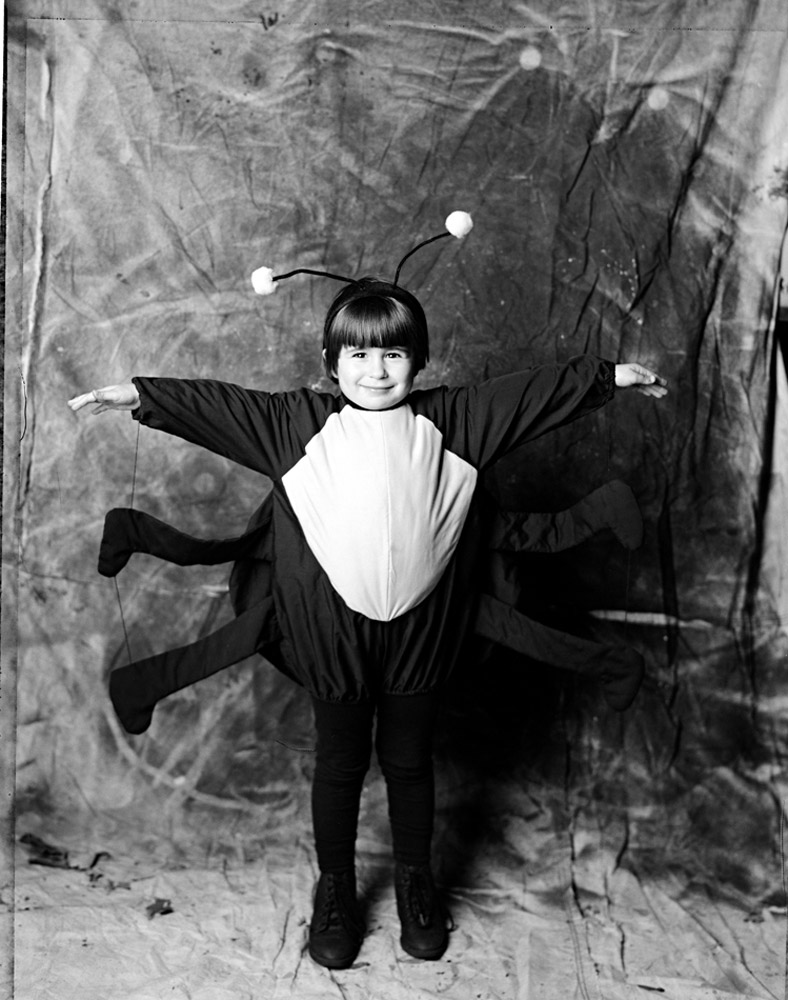 Girl in Bug Costume, 18th Street, Brooklyn, 1996
"The 11th Street Photo Gallery in the East Village exhibited some of my black and white Halloween prints in 1979. The Village Voice reproduced 8 of these images in its centerfold along with a story about the Greenwich Village Halloween Parade. Scribner's published HALLOWEEN, a book of these photographs, in 1980 and eventually the New York Public Library's Photography Collection purchased a portfolio of this work." 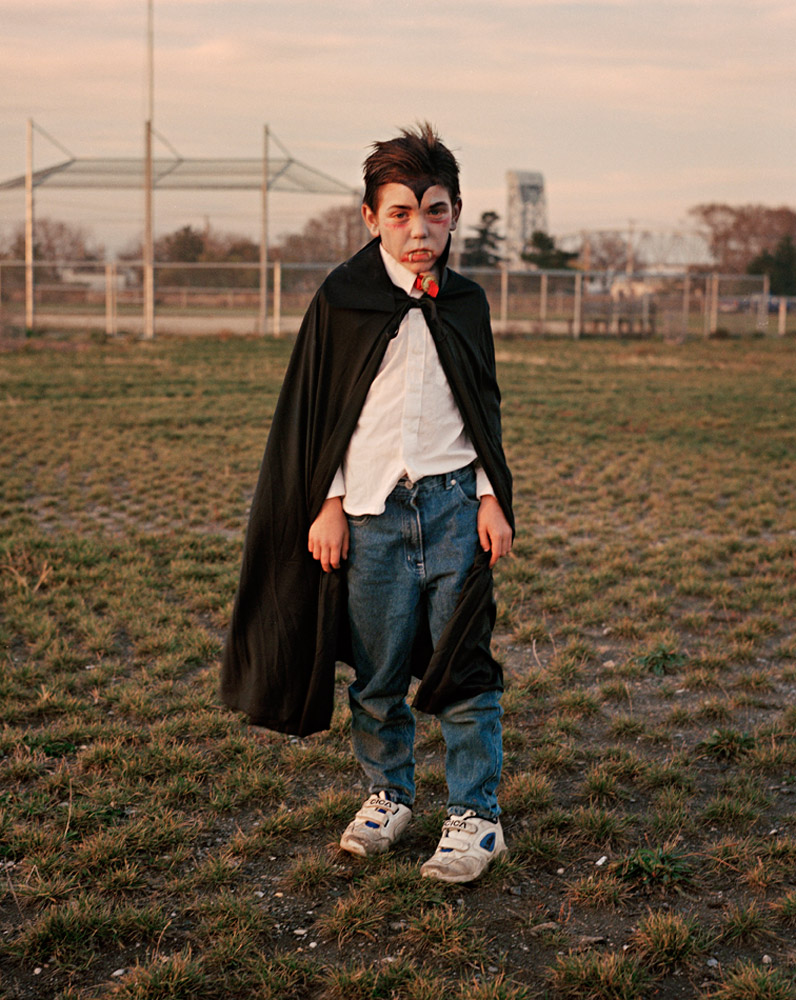 Dracula, Fort Tilden, Queens, 1997
"I continued photographing on Halloween with newer and better equipment. Using a Hasselblad camera and a strobe unit, I photographed at my local Catholic church in 1980 and at the Park Slope Food Coop in 1982. In the 1990's I returned to my old neighborhood with a 6x9 Fuji camera and shot with120mm color. When I moved to Rockaway Beach, Queens in 1991, I began photographing there on Halloween too." 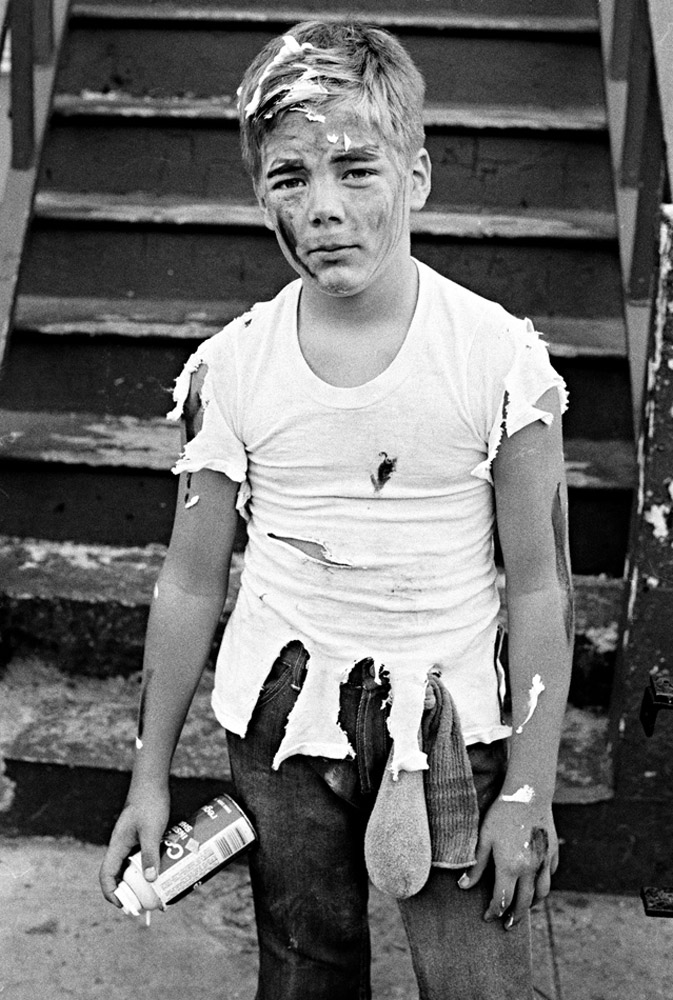 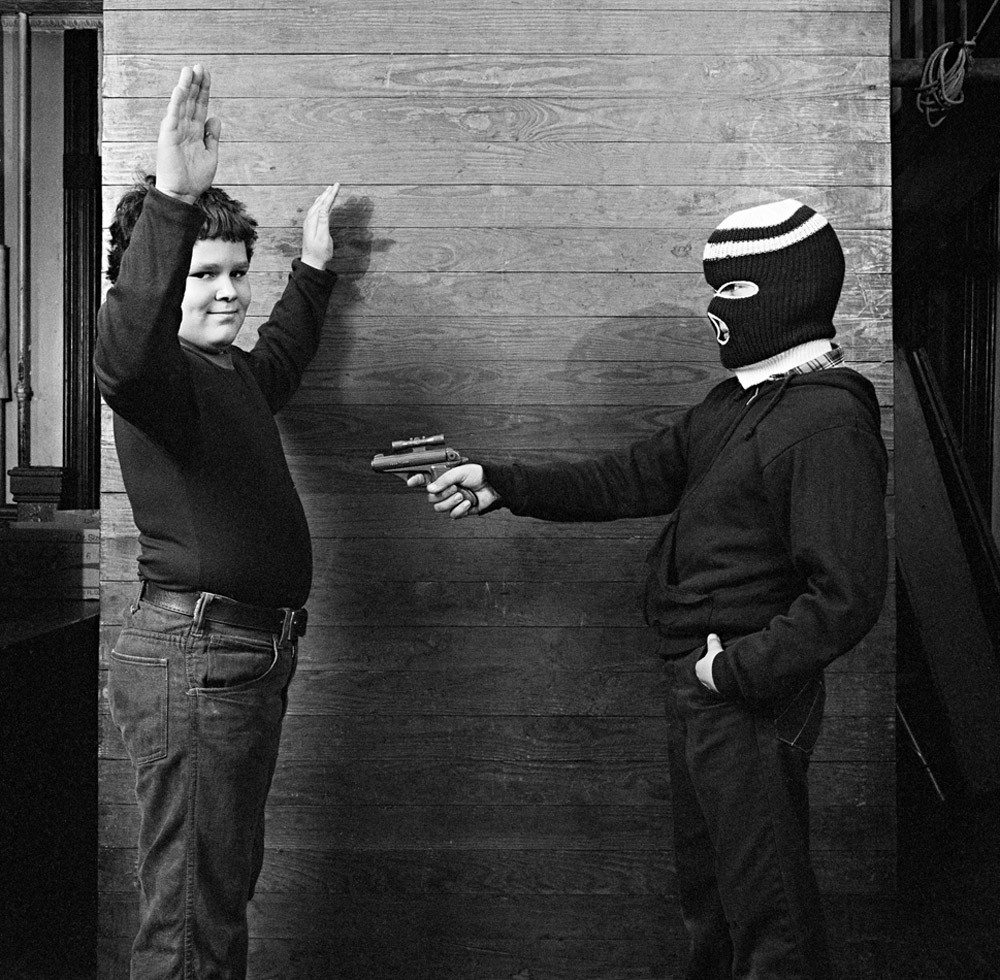 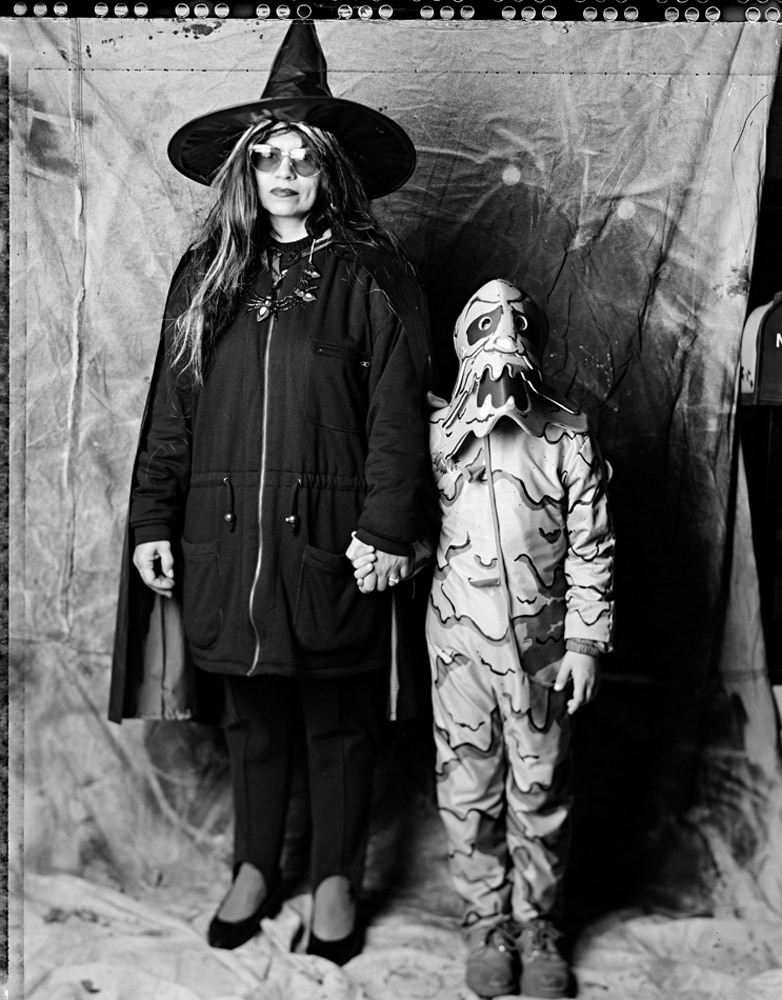 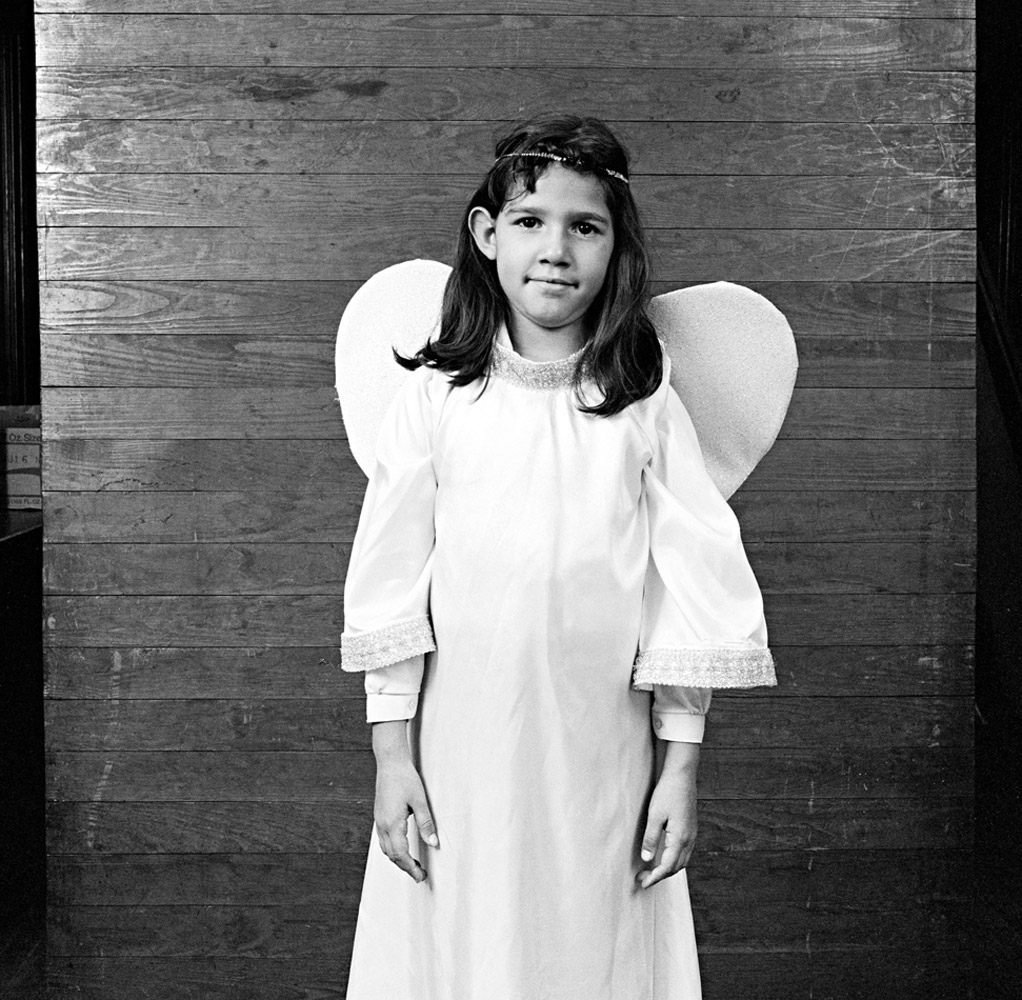 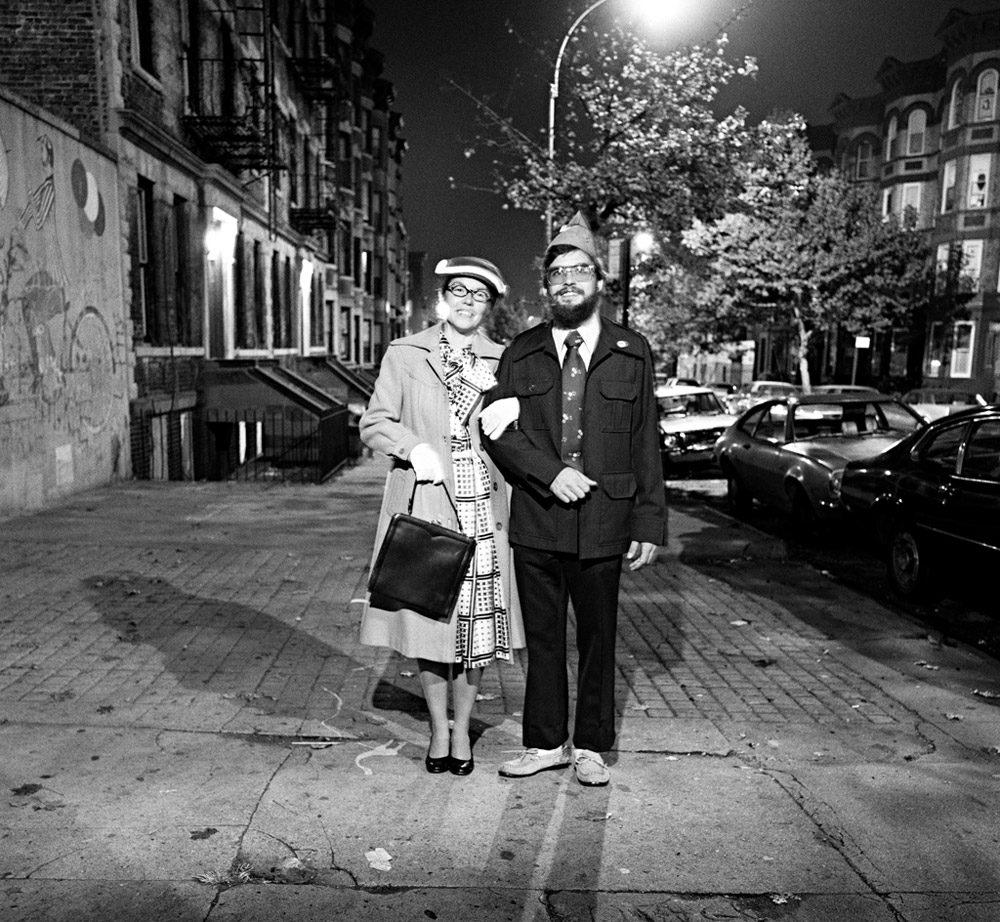 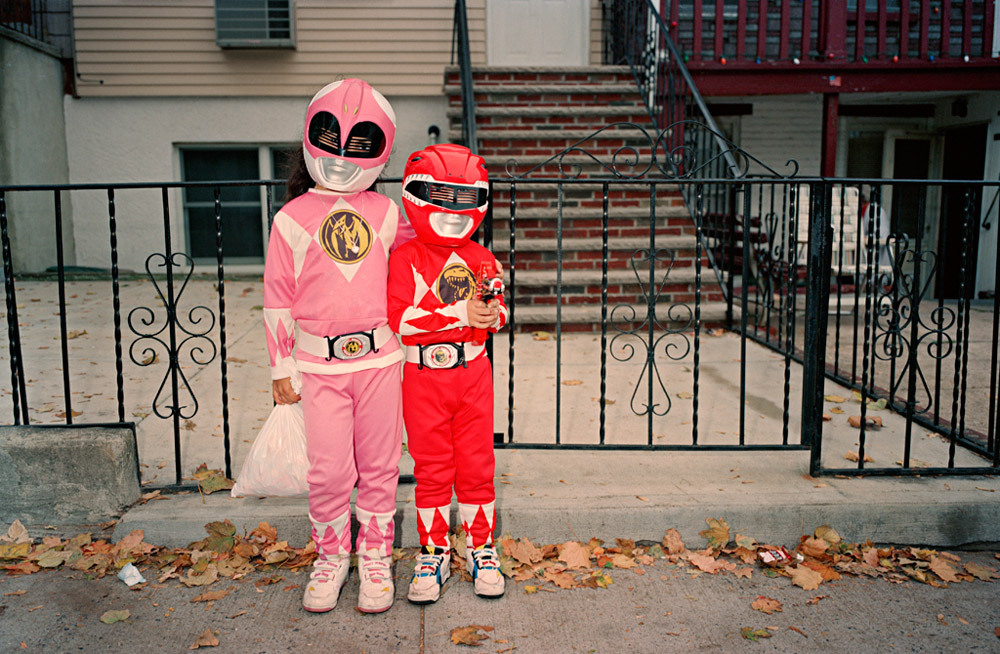 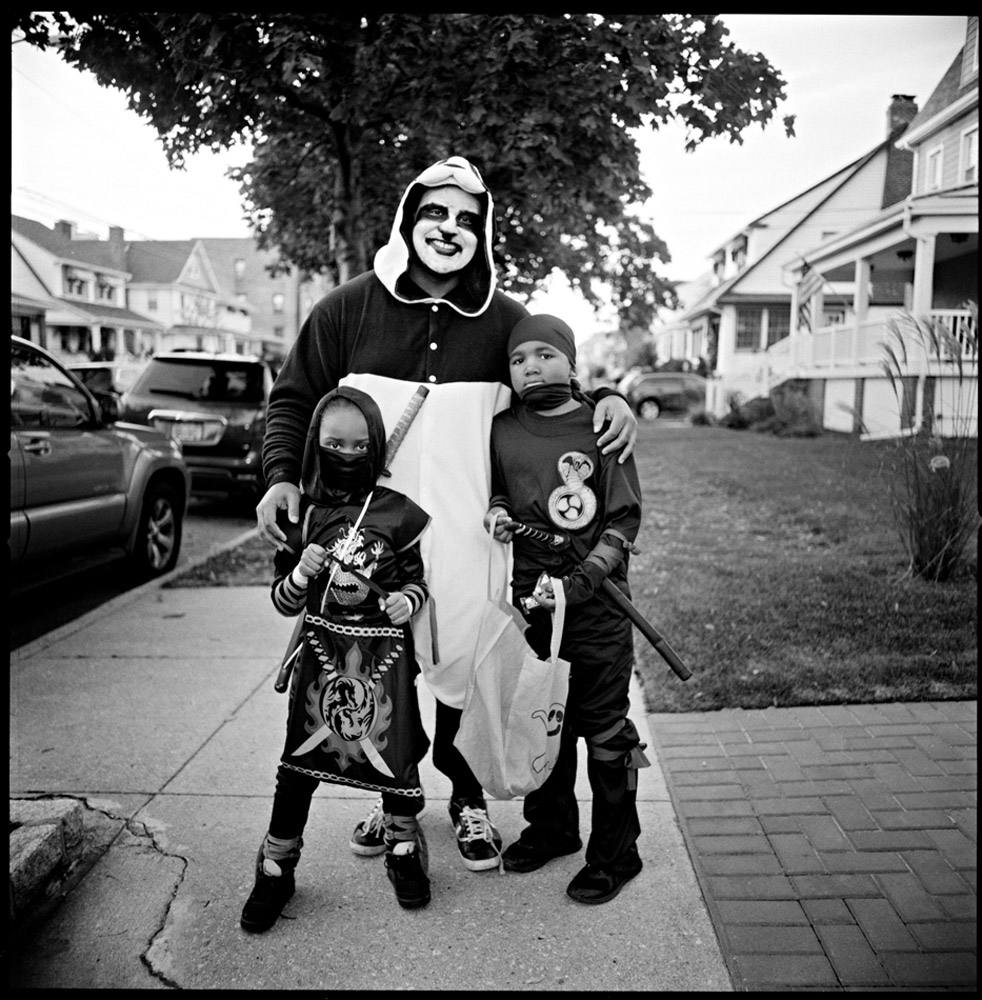 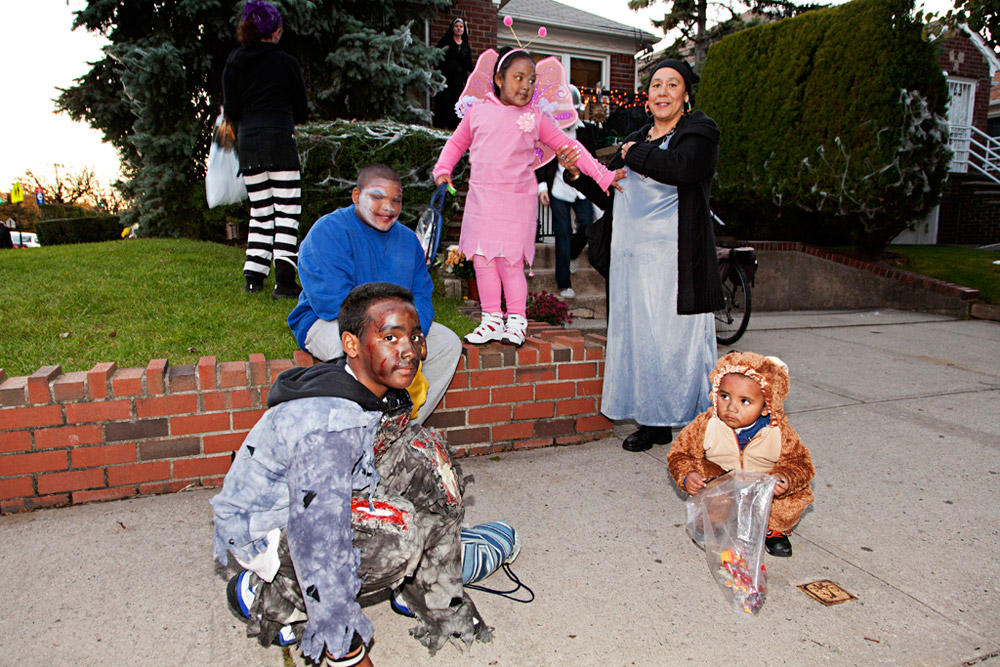