Ashok Sinha: The Uyghurs of Xinjiang 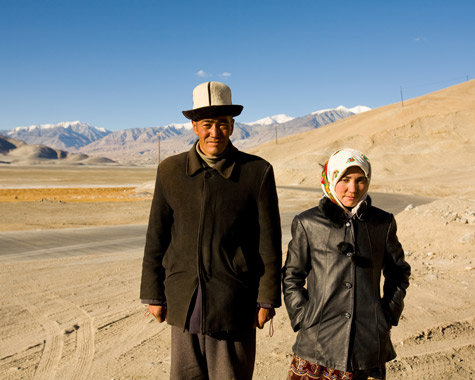 "I take a cultural documentary approach to my photography as a means to promote democracy."

When we met, Ashok Sinha had just returned from two years photographing in Asia. "While working as a photographer on an extended trip to China, I became increasingly aware of the plight of the ethnic Uyghurs and other Muslim minorities that inhabit the northwestern province of Xinjiang. As a result of the government's efforts to assimilate the Xinjiang peoples' cultural uniqueness into the 'official' mainstream of Chinese society, the local culture was increasingly under threat and I realized I needed to document the traditional lifestyle of Uyghurs before it changed forever.

Uyghurs are a Turkic-Muslim ethnicity and one of China's fifty-five nationalities. Along with other Kyrgyz, Tajik and Kazhak minorities, Uyghurs have inhabited the Xinjiang region of northwest China for centuries.

The existing body of work from my first trip is an attempt to create a visual record of the Uyghurs' traditional culture and lifestyle as a testament to their unique identity. I hope to travel to Xinjiang to continue my work and revisit the Uyghur community in the aftermath of the latest developments of the last year and a half." - Ashok Sinha.