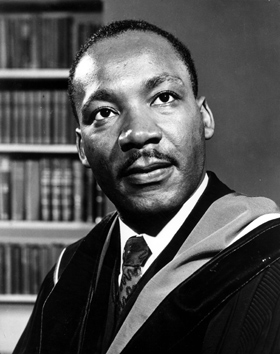 The Martin Luther King Memorial Organization is making a final push to reach their goal of a national monument:

"This month of April marks the 42nd anniversary of the death of Dr. King and we are commemorating his life and work by creating a memorial in our nation's capital. The Washington, DC, Martin Luther King, Jr., National Memorial will honor his life and contributions to the world through non violent social change. I've put together this micro-site to help get the message out - there are videos, photos, banners, and even a web toolbar that, when used, donates money to the creation of the memorial."