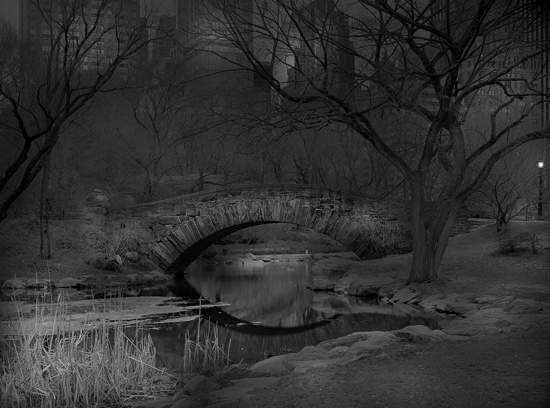 From 'Deep in a Dream' © Michael Massaia

Jörg Colberg reached out to some of us photo bloggers asking if we would nominate photographers for an initiative to show those "who have demonstrated an openness to use new ideas in photography, who have taken chances with their photography and have shown an unwillingness to play it safe."

I've been watching Michael Massaia for at least a couple of years ever since his work was recommended to me by photographer Baron Wolman. Before deciding when and what to publish, I eyed him as he produced several quite gorgeous and diverse series, each photographed on film on a large format camera in the middle of the night. A humble character, as an artist who spends hours alone both shooting and developing his own, large platinum prints might have to be, Michael's dry humour creeps in to the otherwise-quiet work - for an artist who produces such considered, serious photographs, his emails have me in stitches. Michael is genuinely self-effacing, but he is a discerning and determined self-promoter, who I feel is as-yet under-appreciated.

My nomination is not so much about new ideas, rather the complete opposite of so much photography that dashes past our eyeballs daily. Who else these days would say their photography is about "managing failure"? Massaia is married to "the importance of creating something from start to finish, by hand." He is lonely when the sun comes up and the joggers come out, preferring to be harried by rats, hassled in the Rambles, threatened in the suburbs, or wading into Central Park pond at 4 am. Truly an off-line, analog guy, unwilling to play the games of the 21st century.
Check out the other people in the network writing about their choices over at Colin Pantall's blog. See Michael talk about his art in a recent post. More here later this week.
Photographers
Share