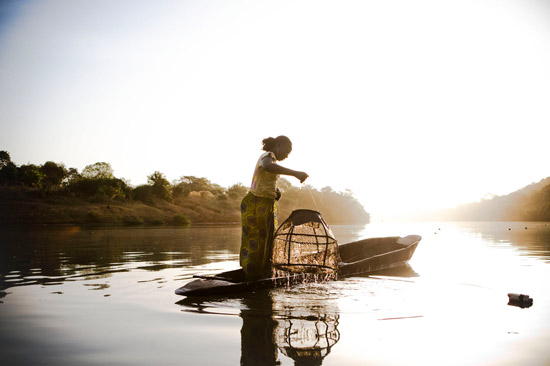 © Jason Florio
Jason Florio and Helen Jones had completed a trip on foot around the perimeter of The Gambia in 2009 and had resolved to make another, this time following the source of the River Gambia through three countries - Guinea, Senegal and The Republic of The Gambia - to the Atlantic Ocean. Inspired by Scottish explorer, Mungo Park, who made trips to West Africa in the late 1700's, they resolved to find a way to fund a two to three month photographic expedition and document the communities living along the River whose lives rely upon it. To create "[a] modern-day account of the people, societies, and life along the length of one of Africa's last, free-flowing, major rivers. There has been talk of damming the river. This journey will also be about the impact to the communities, and the environmental impact of damming."
They set up a Kickstarter campaign in September, 2012, and raised above their goal.
"23rd November, 2012 - 21st January, 2013, after 400km overland in the Fouta Djallon Highlands of Guinea-Conakry into Senegal and then putting our two canoes into the water in Kedougou - we paddled (no engine!) over 700km of the River Gambia to its end, at the Atlantic Ocean in Banjul, The Gambia."
Sponsors received regular updates during the trip, including thanks along the way and the promise of great print-rewards! The trip was a huge success as you will see.
Inspiring!
View the full-screen magazine photo feature.
Prints from the expedition will be on-view at Photoville, in Brooklyn Bridge Park, September 19 - 29, 2013. 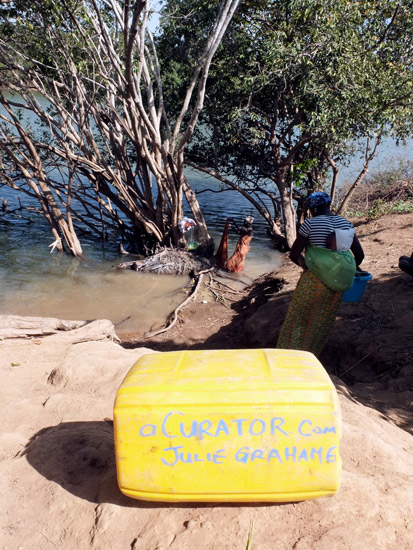