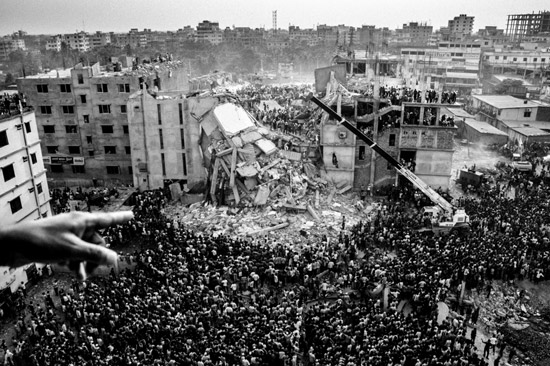 © Rahul Talukder
I am deeply humbled to have received communication from Shahidul Alam regarding the exhibition 1134 Lives Not Numbers, a group show dedicated to the lost garment workers of Bangladesh, which opened yesterday at Pathshala South Asian Media Institute in Dhaka.
"This 24th April will mark a year of Rana Plaza collapse and death of a thousand workers, thousand dreams. To observe this day, Artist practicing in different mediums including Photography, Installation, Performance Art, Sound, Film, Theater & Music will be holding a group exhibition." 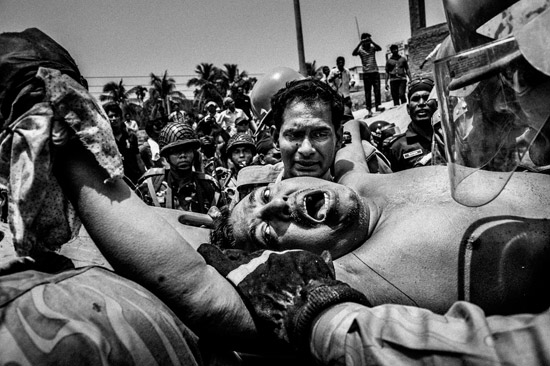 © Rahul Talukder
A CBS news article said today "...promises of compensation for survivors of the disaster and the victims' families have been only partially kept, according to Human Rights Watch. The non-governmental organization says a financial trust fund, chaired by the International Labour Organization, was targeted to receive $40 million from global companies that purchased products from the Rana Plaza factories. However, only $15 million has been contributed so far.
"The group also says none of the 15 international retailers whose clothing and brand labels were found in the rubble of the factory by journalists and labor activists have donated to the fund." 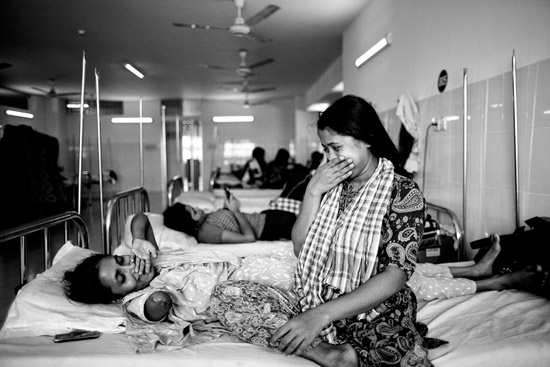 Bangladeshi garment worker Mariyam, 30, who worked on the 6th floor of Rana Plaza, with her sister at Enam Medical College, in Savar, near Dhaka, Bangladesh. Mariyam had her right arm amputated to free her from the rubble when she was rescued nearly 72 hours after the building collapsed. © Suvra Kanti Das 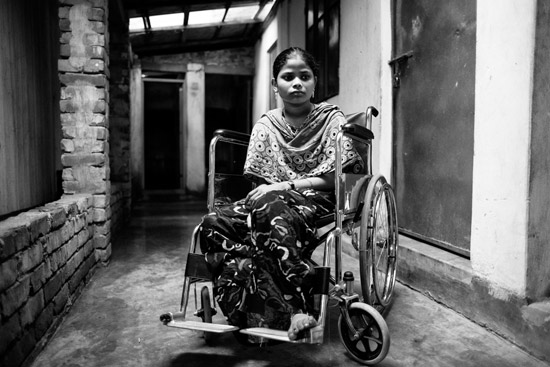 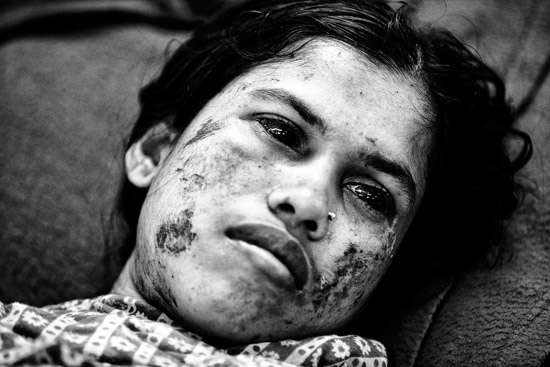 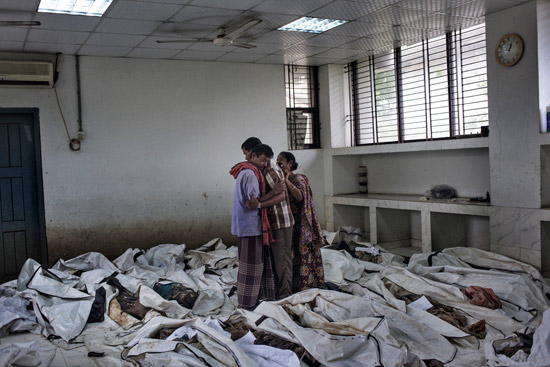 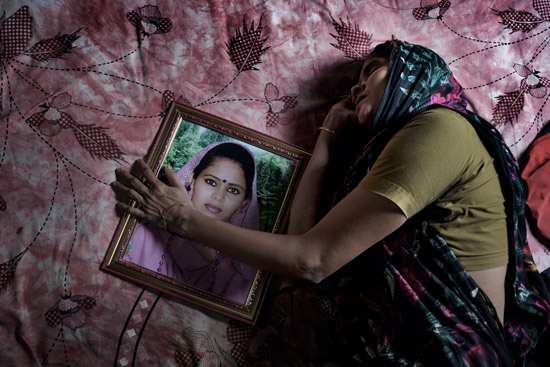 Poly Akhter's mother, Shahana, grieves for her. Her other daughter, Dalia, also worked in the factory complex but did not go to work on the day of the collapse. © Taslima Akhter 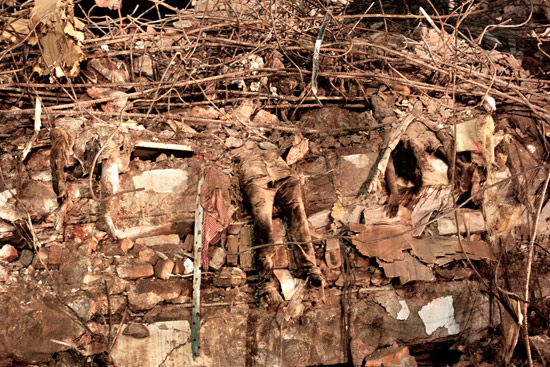 "Day 9: I was waiting on the backside of the building when demolition started with heavy machines and rubbles were removed then suddenly I saw few bodies were hanging." © Tushikur Rahman 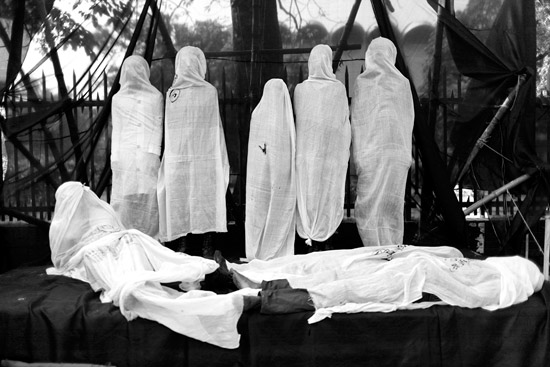