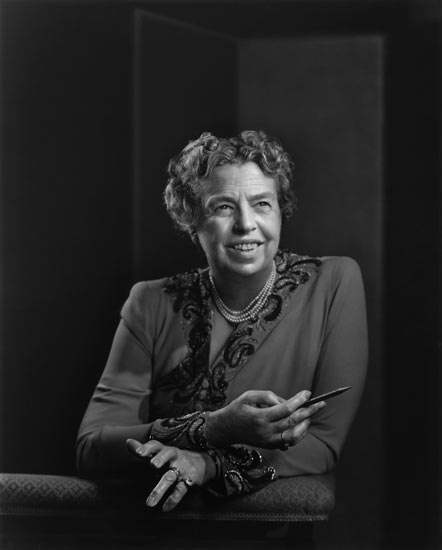 Eleanor Roosevelt, 1957 © Yousuf Karsh
The Smithsonian National Portrait Gallery in Washington DC launched the second round of a Karsh exhibition, as curated by Ann Shumard with Estrellita Karsh who generously donated over 100 vintage prints. The exhibition is on the ground floor and round one received between 250,000 and 300,000 visitors.
This classic image of Ms Roosevelt is in the show, and has just been licensed by the National Parks Service for use in materials at the Eleanor Roosevelt National Historic Site in New York. I thought I'd like to publish the other frame that not so many people are familiar with.
Non-Americans: she was an absolute powerhouse, it's worth looking her up. "Roosevelt was a controversial First Lady for her outspokenness, particularly her stance on racial issues. She was the first presidential spouse to hold press conferences, write a syndicated newspaper column, and speak at a national convention. On a few occasions, she publicly disagreed with her husband's policies." Can you imagine?? 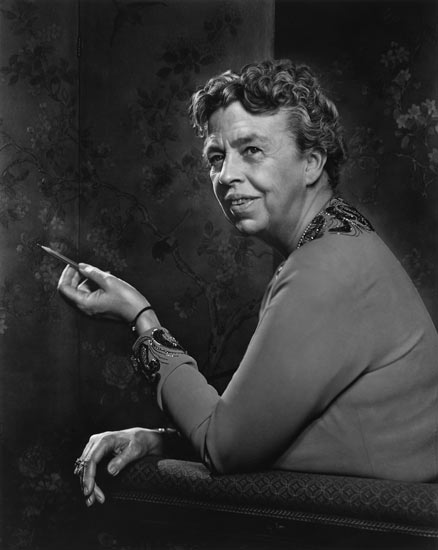