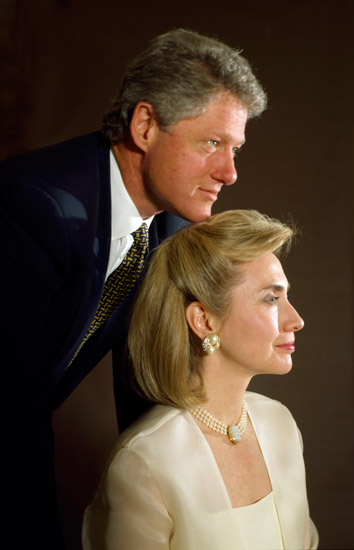 Hillary and Bill Clinton, 1993 © Yousuf Karsh
Just received my copies of Time's new book "Hillary: An American Life" which includes this here colour portrait by Mr Karsh. Karsh officially retired in 1992, closing his studio at the Château Laurier in Ottawa that year. Per their website, "World-class portrait photographer Yousuf Karsh lived at the Château for 18 years. He also operated his studio from the sixth floor; there he photographed international celebrities between 1970 and 1992. Karsh gave seven of his famous portraits to the hotel when he moved in 1998. Years later, his wife Estrellita gifted an addition eight portraits to the hotel. These outstanding images are now part Fairmont Château Laurier's history and are located in the Reading Lounge and the Karsh Suite."
Upon taking office Mr Clinton assumed that every US president was "Karshed" and Mr Karsh was persuaded out of retirement to make some photos with Bill and Hillary. 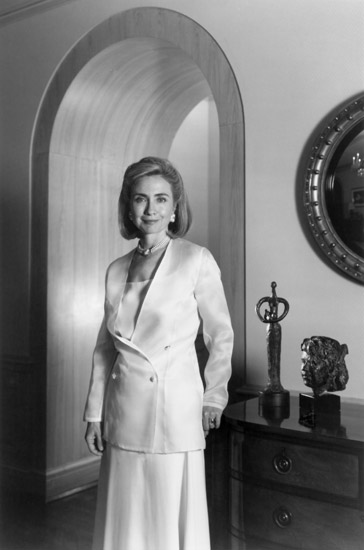