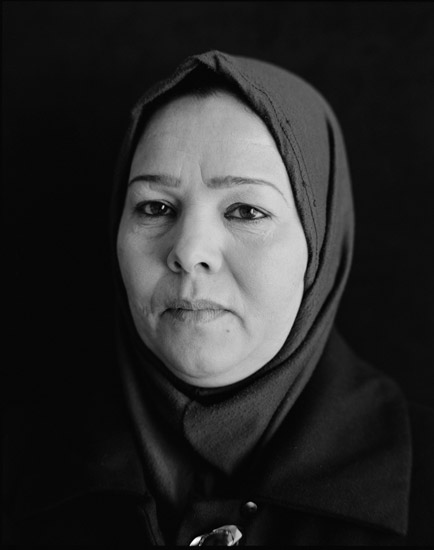 Torture victim detained in Iraq in 2004 © Chris Bartlett
I was fortunate to meet Chris Bartlett at New York's Photoville this year and see for the first time his important Detainee project. I am so pleased to present this series in aCurator and encourage you to share this story and help us all not to forget.
"Over three hundred former Iraqi detainees have filed or are filing federal lawsuits against private contractors CACI International Incorporated and L-3 Communications (formerly Titan). These are the two companies whose employees participated in torturing people held at detention facilities in Iraq, including the notorious Abu Ghraib prison."
All of the former detainees whose portraits and stories are included in this feature were part of a lawsuit that was dismissed.
"The torture cases had mixed results. Approximately half of the victims obtained compensation; the others did not. The difference arose from the lawsuits being filed in different jurisdictions, and from the Obama Administration Solicitor General filing a brief advocating that the Supreme Court not overturn the negative decision." Susan L. Burke (Read more in Burke's Wikipedia entry.)
The portraits were made in Amman in 2006, or in Istanbul in 2007.
View the full screen portraits and read the people's personal stories. 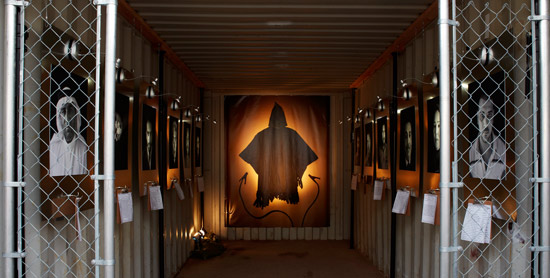 The installation at Photoville, September, 2014. Photo by Chris Bartlett.
"For Photoville, it's going to be a photo show about torture that has no pictures of torture. My goal is to get people to think about the issue and not walk in and see a horrible picture and be turned away because they don't want to think about it. It's the same manipulation, for lack of a better word, as from when I started with still life photography. I want to draw people into the issue and make them think about the issue. This is a policy that was thought out, planned, carried out, directed on a corporate level by our government. It wasn't just a handful of rogue soldiers who did this." Chris in an interview with proof.org.
Magazine
Share