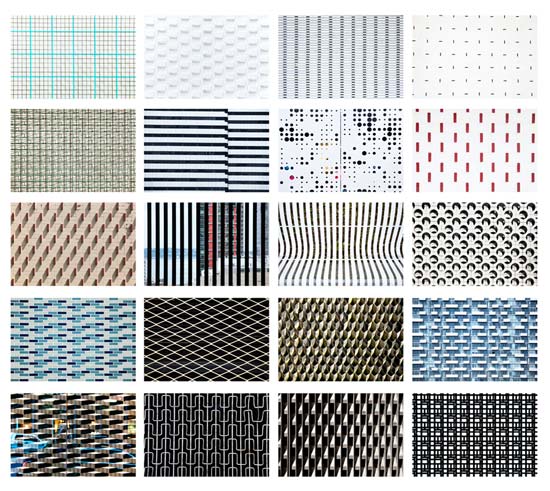 © Ben Marcin
Another find at Photolucida, I knew Ben Marcin's series 'Last House Standing' from having seen it in various settings and I was interested to hear about the rest of his projects. The photographs in this feature are from two ongoing series: Grids, and Street.
"'Grids' is about different types of structures found in urban settings. These buildings are designed to accommodate goods, cars and people. Viewed individually, few of them are particularly notable in appearance. However, by carefully assembling them into a series of patterned grids, I tried to produce an added dimension, a patchwork of the visual noise that surrounds us."
"Our cities are almost completely carpeted in concrete and asphalt. According to the NYC Department of Transportation, there are over 12,750 miles of sidewalk throughout New York alone. Streets and sidewalks are an essential, although oft-maligned, component of our urban infrastructure. They allow us to get from Point A to B efficiently and relatively cleanly. However, like the air we breathe and the water we drink, all of this hard stuff goes largely unnoticed - unless we're trying to avoid a pothole or protruding crack or some other small mess that presents itself on our path to wherever. Rarely do we really look at what we're walking on."
View the full screen magazine photo feature.
Magazine
Share