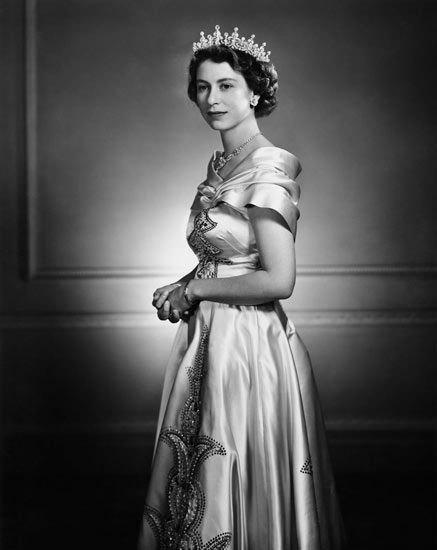 Princess Elizabeth, 1951 by Yousuf Karsh
The Bank of Canada honored the historic reign of Queen Elizabeth on September 9th, 2015, with the launch of a commemorative bank note. The note is a variation of the existing $20, and features this portrait from 1951 of then-Princess Elizabeth, by Yousuf Karsh. The same photo, with her tiara removed, was previously used for the 1954 Canadian Landscape series as well as for a commemorative note in 1967 marking Canada's centennial.
If you like that sort of thing you can read more about the new note, and Canada's bank note history, in this interesting article. 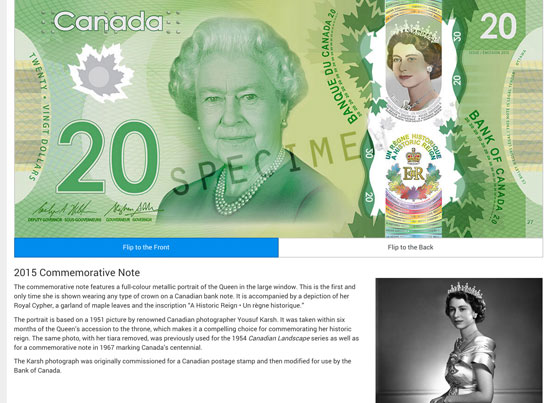