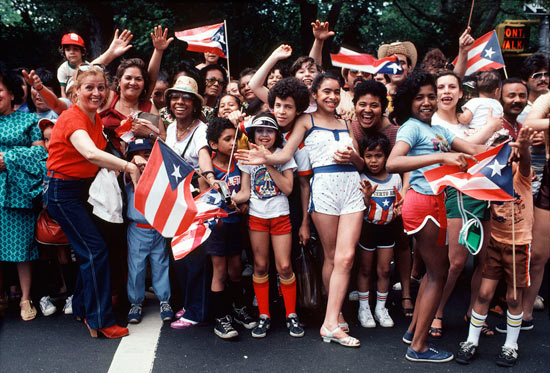 Puerto Rican Day Parade © Arlene Gottfried, courtesy Daniel Cooney Fine Art
"It takes a lifetime to be a new discovery, I guess." So said Ms Arlene Gottfried this week (speaking to David Schonauer over at AI-AP) in the run-up to her second solo show, 'Bacalaitos & Fireworks', at Daniel Cooney Fine Art, in Chelsea, New York, which opened March 3, 2016 and runs till April 16th. 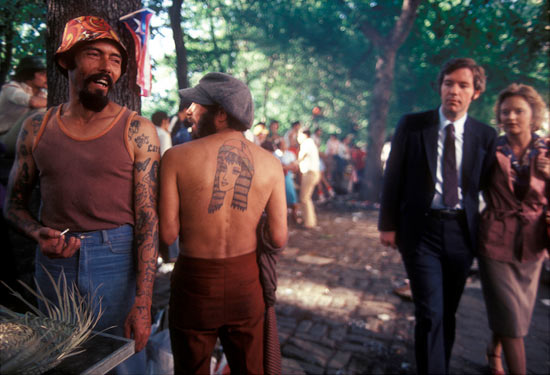 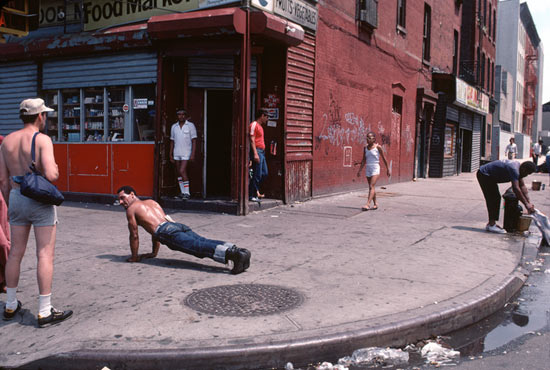 From the press release "Growing up, Gottfried was fascinated with the culture around her, learning to Salsa dance and to love the music, food and language. As an adult living in Manhattan she embraced the Puerto Rican community and they embraced her, sharing their lives with her and her camera. Gottfried says, "From my window on the Lower East Side I could look out and see the Puerto Rican culture I encountered over 30 years earlier. "One night I heard a street vendor on the corner of Avenue C and East 3rd Street calling, "bacalaitos and fireworks", bacalaitos, a fried cod fish indigenous to Puerto Rico and fireworks, for the Fourth of July weekend. This juxtaposition became etched in my mind - representative of an immigrant population on the streets of America." 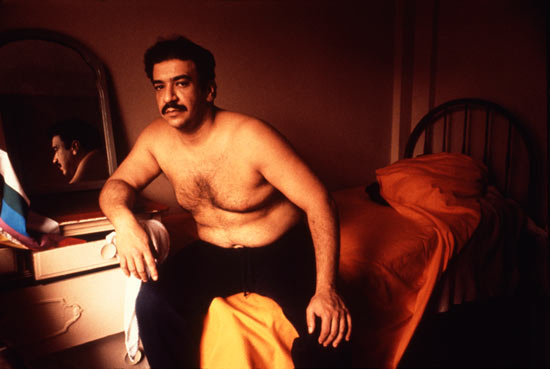 \
These are but a small sample of the colour prints on show. Run don't walk! 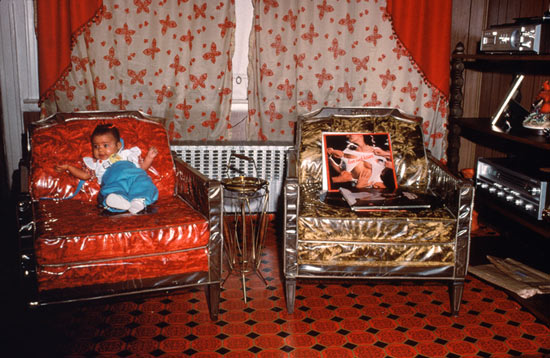 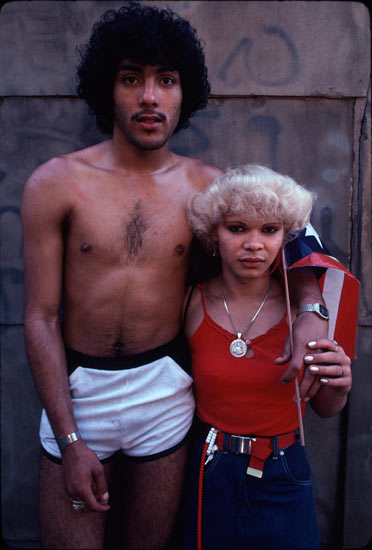 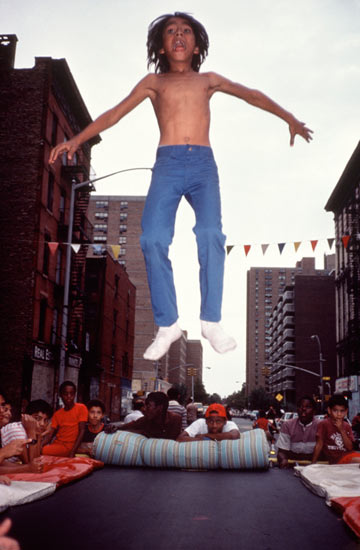