Jamie Johnson: My Journey with the Irish Travellers 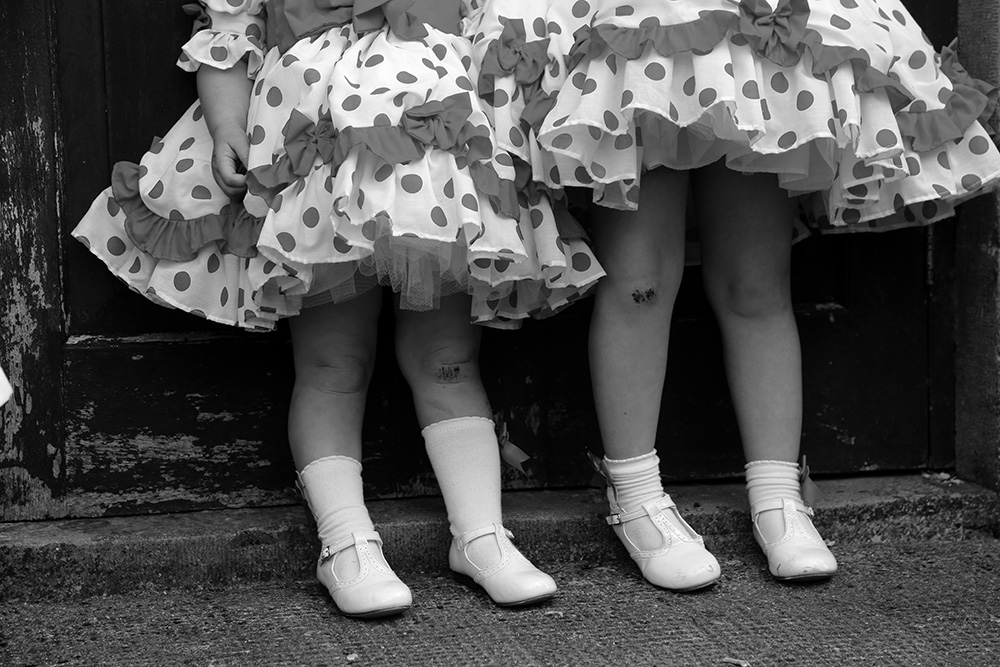 © Jamie Johnson
Three years ago Jamie Johnson took a trip to Ireland to photograph a community of travellers.  "It is not an easy community to penetrate, they have faced such discrimination and racism they are very skeptical of outsiders. It was an amazing journey and I made connections with so many kind and generous families. They allowed me to photograph their lives and cultures. The children followed me around and took turning using my cameras.  I learned their traditions of being sharply dressed young boys and overly dressed young girls yet still very catholic, their goals of falling in love, getting married young and producing many children. and a strong sense of taking care of each other and family values and always respecting God."
She returned to photograph them in Limerick in 2015/2016, and I am thrilled that she submitted these photos along with her story (it's four years since we met at a portfolio review... It's important to stay in touch!) You can see there was an intimacy in these dynamics that makes all the difference in the resulting photographs. 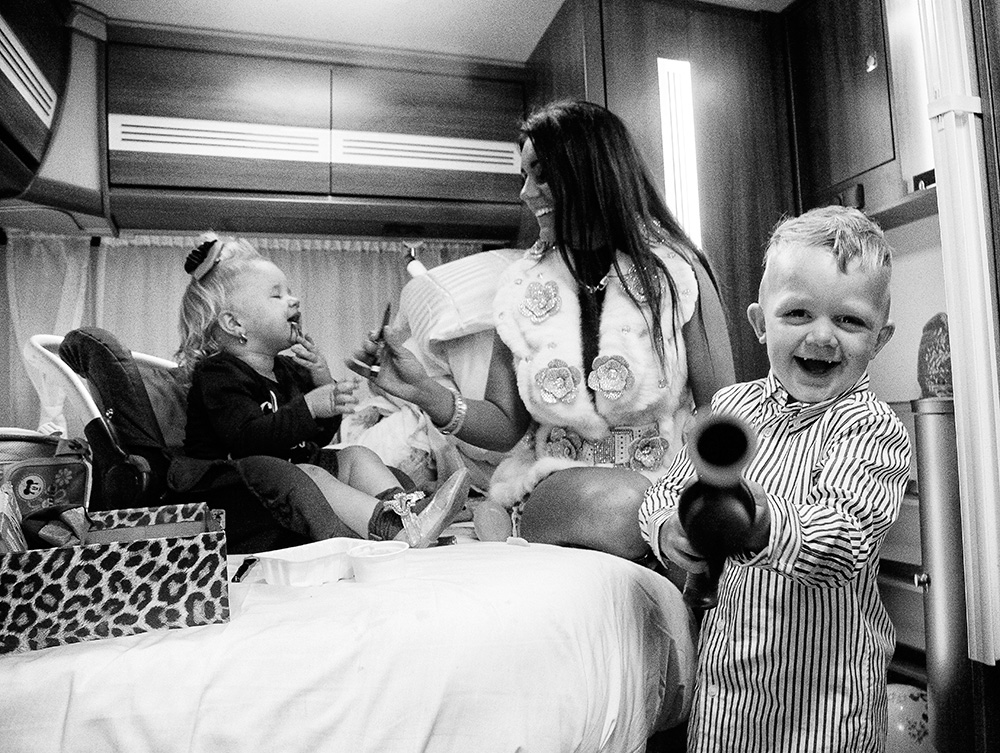 "Travellers are an indigenous minority who, have been part of Irish society for centuries. Travellers long shared history, cultural values, language, customs and traditions make them a self-defined group, and one which is recognizable and distinct. Their culture and way of life, of which nomadism is an important factor, distinguishes them from the sedentary (settled) population. The Irish Travelers are a nomadic population, living on the fringes of society. Often uneducated, this Catholic community is required to marry within their clan. There are an estimated 25,000 Travellers in Ireland, making up more than 4,485 Traveller families. This constitutes approximately 0.5% of the total national population. It is estimated that an additional 15,000 Irish Travellers live in Britain, with a further 10,000 Travellers of Irish descent living in the United States of America. Travellers, as individuals and as a group, experience a high level of prejudice and exclusion in Irish society." 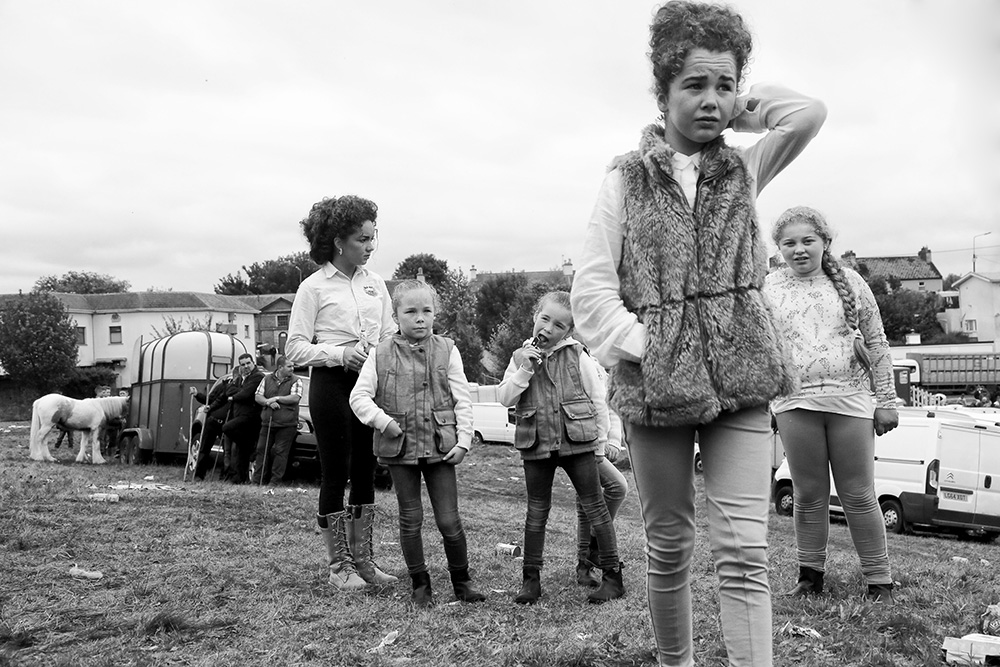 "I returned to Ireland last year and I felt a deeper connection with the wonderful people I met. They brought me up to date with family gossip and life events and welcomed me into their extended families where I spent time with Travellers of all ages. A group of family matriarchs invited me in each day, gave me a beer and told me all the stories since I had last visited. Who got engaged, married, who got arrested, who lost their caravan, who got a bigger caravan, a really genuine group of women happy to have a new American friend. They told me how sorry they felt for me that I only had two children, and my goals should be to have many. They were as interested in my strange Los Angeles life as I was of theirs. I was struck by the timeless quality of their faces and the deep connection to family. As when I photograph anywhere, it is always the children who draw me in. 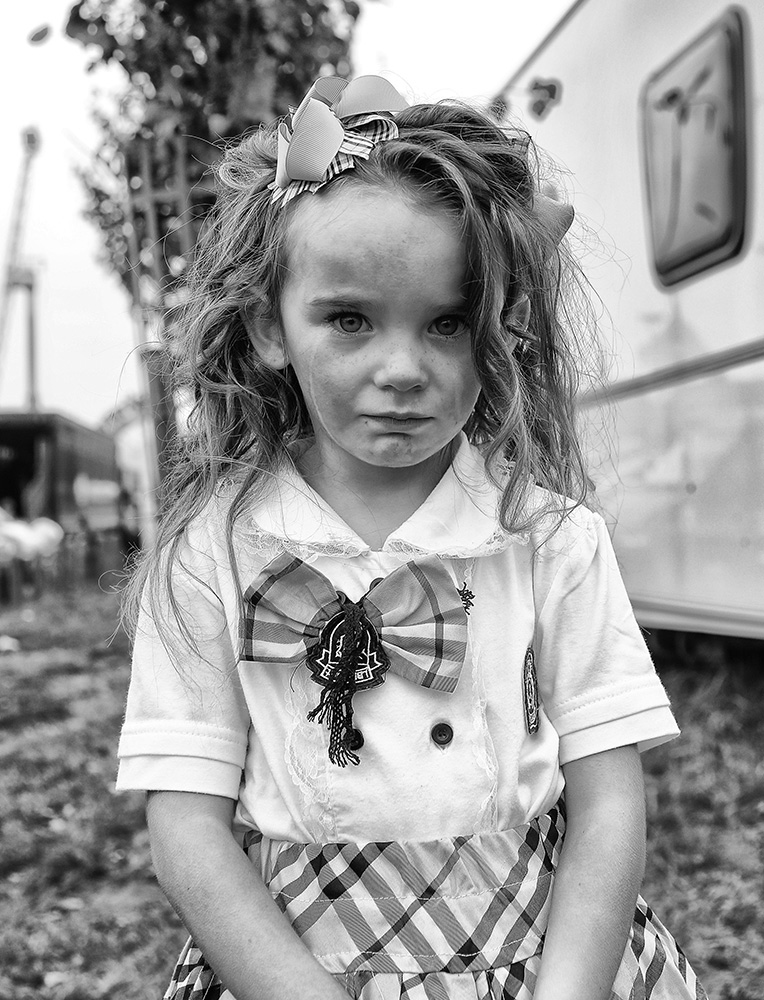 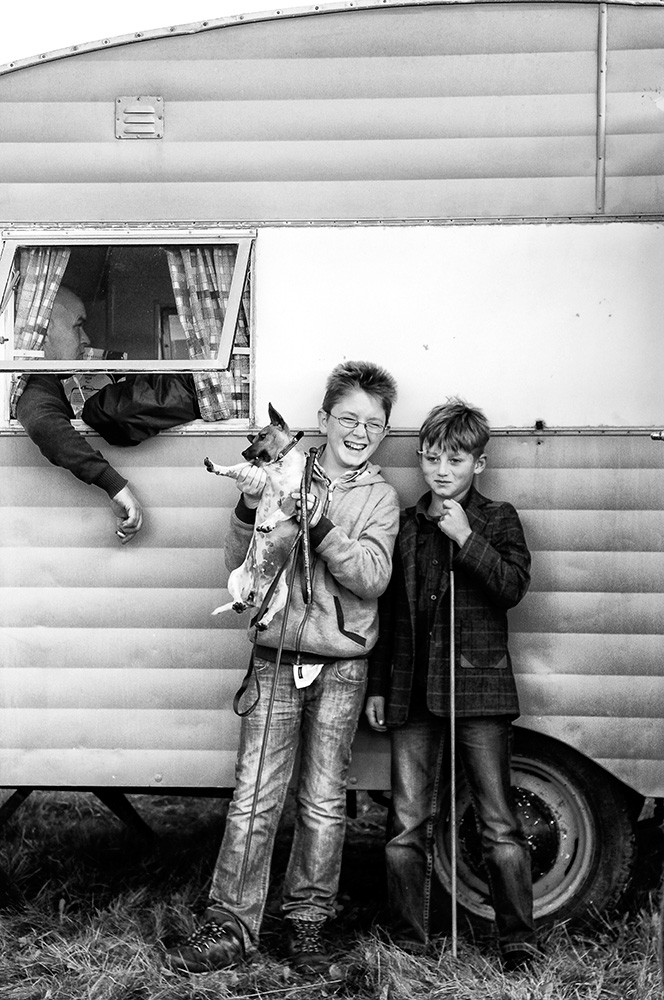 "I love listening to their stories and thoughts on life. Growing up in this nomadic life style is all they know and they are quite proud people. The prejudice is hard to believe until you see it with your own eyes. An 11 year old friend wanted to look at new clothes and asked me to come with her to the shop on the high street as they most likely would not let her in. We went in together and looked at cute trendy clothes and the lady followed us around the store so closely I could feel her breath on my neck. I watch the police harass many of my young friends for just walking around. I heard well-dressed Irish women call them "trash" loudly as they walked by. These kids are sweet but tough as this is the only lifestyle they know. This warm generous family orientated community seeks good lives for their children, great hopes for their community and works to carry on their family culture and traditions through many generations by telling all the wonderful stories of their grandparents and great grandparents travels. They seek equality and hope to rid for the next generation the extreme prejudice that has faced theirs." 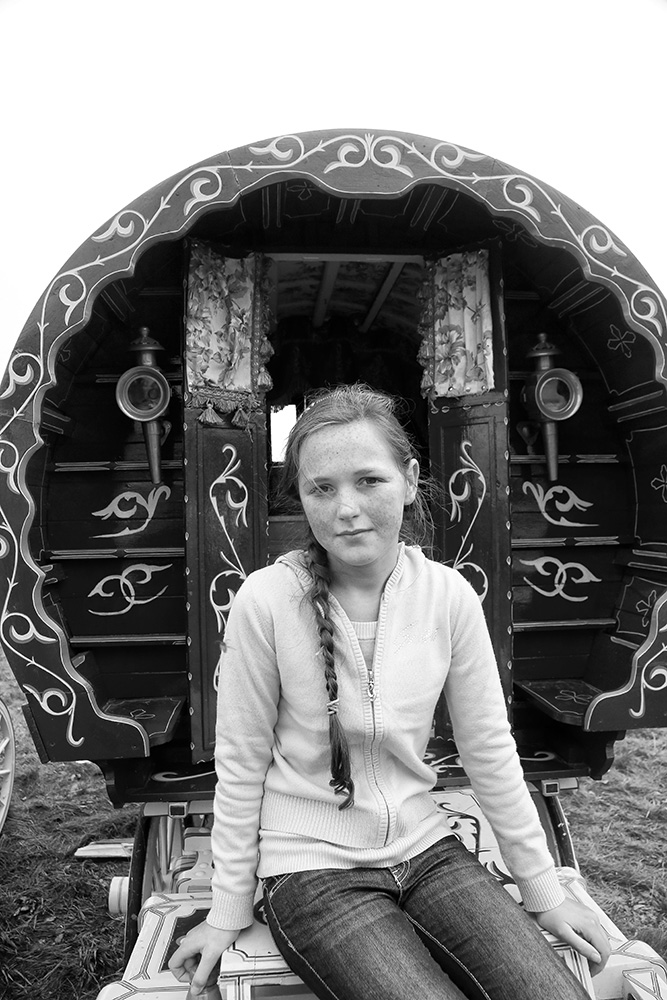 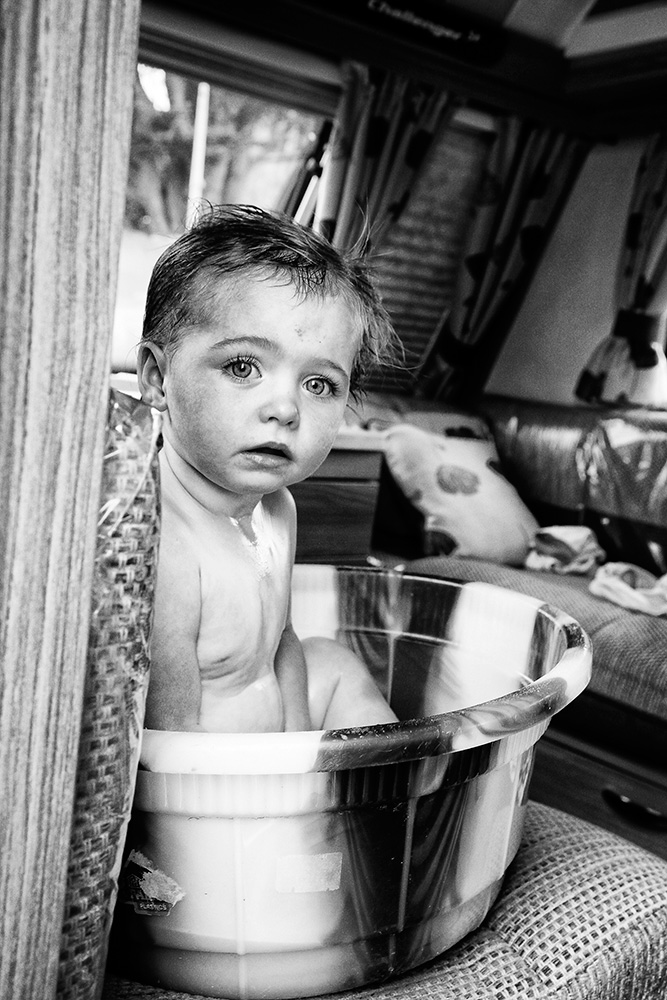 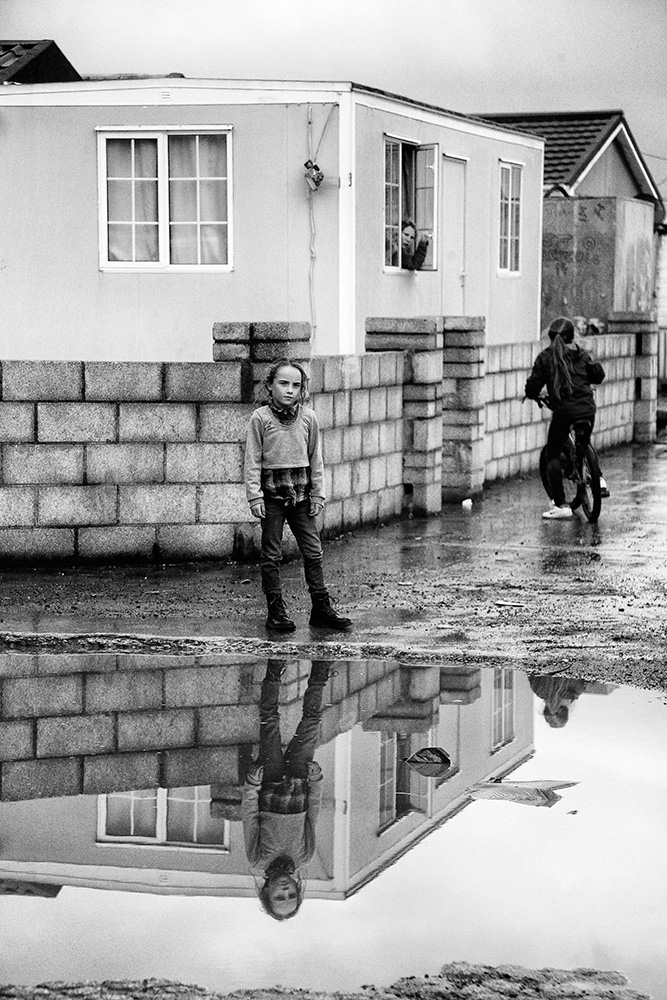