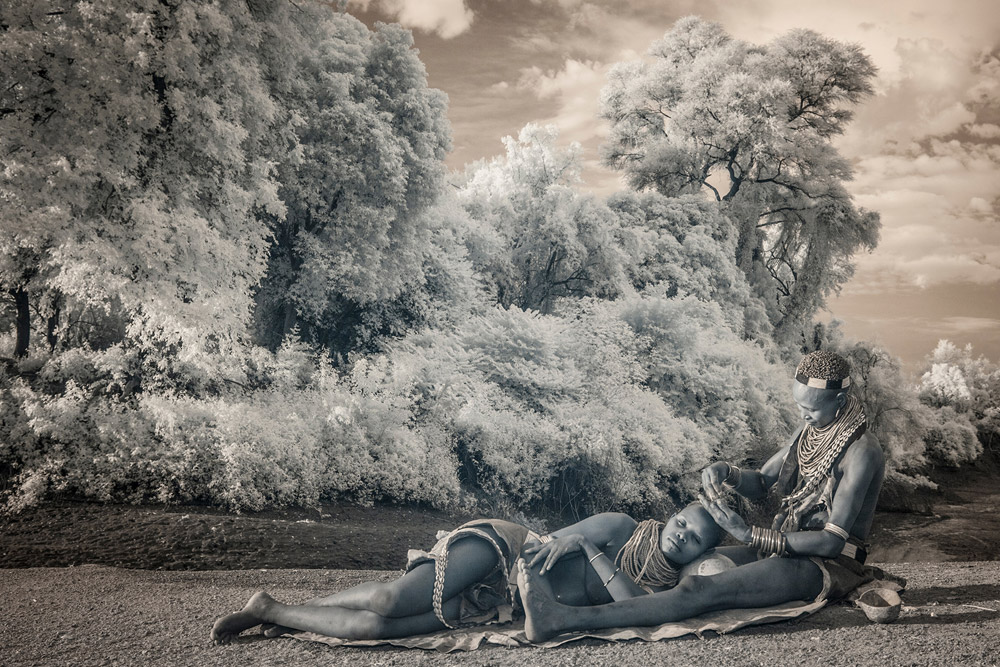 Ethiopia. The Hamar, a semi-nomadic tribe of cattle herders, have a set of unique rituals surrounding the use of butter as a beauty product. Here, the women apply a mixture of butter and red ochre to their hair. © Terri Gold
Terri Gold has been featured regularly in aCurator since 2010*. Nothing beats seeing a project go from strength to strength and witnessing a photographer stick to their dreams. With that, it pleases me to announce a new exhibition for Terri which opens on April 19th, 2017 at Salomon Arts Gallery in Tribeca, New York. 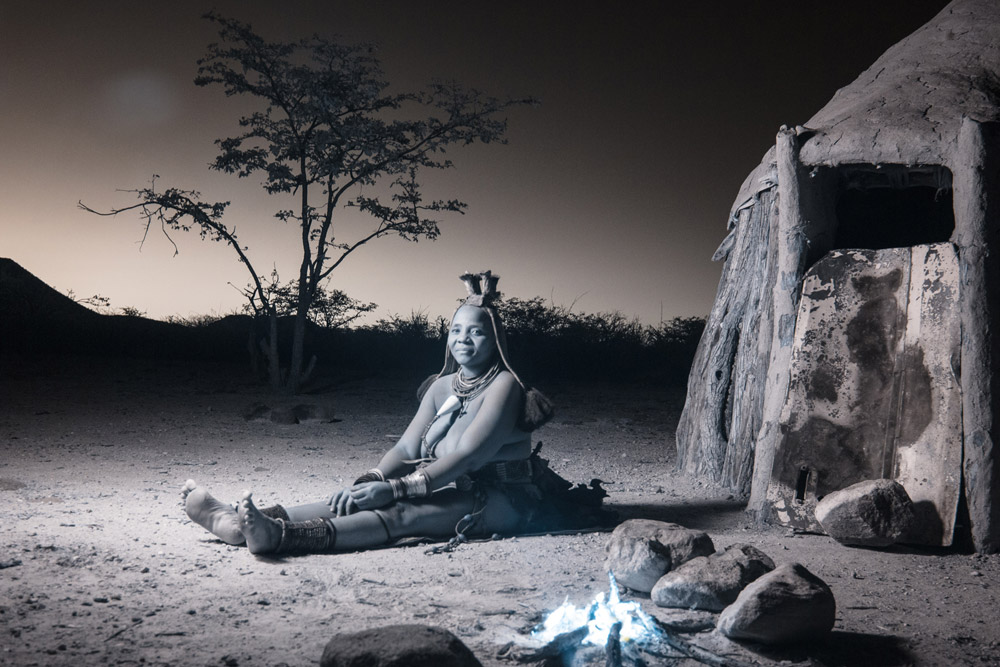 Namibia. A Himba woman by the firelight.
"Terri Gold is an award-winning international photographer who is known for her poetic infrared imagery of the remote corners of the globe and the indigenous cultures that inhabit them. Her ongoing project that examines cross-cultural truths, "Still Points in a Turning World," is on view at the Salomon Arts Gallery in Tribeca." April 19 - May 11, 2017, with an opening reception 5.30 - 8.30 on the 19th. 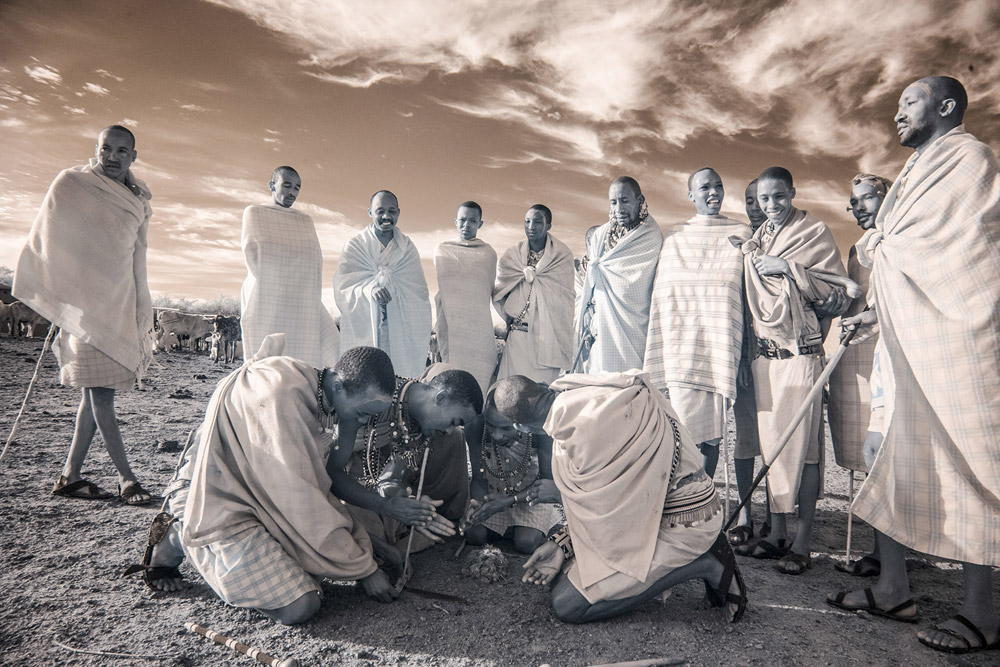 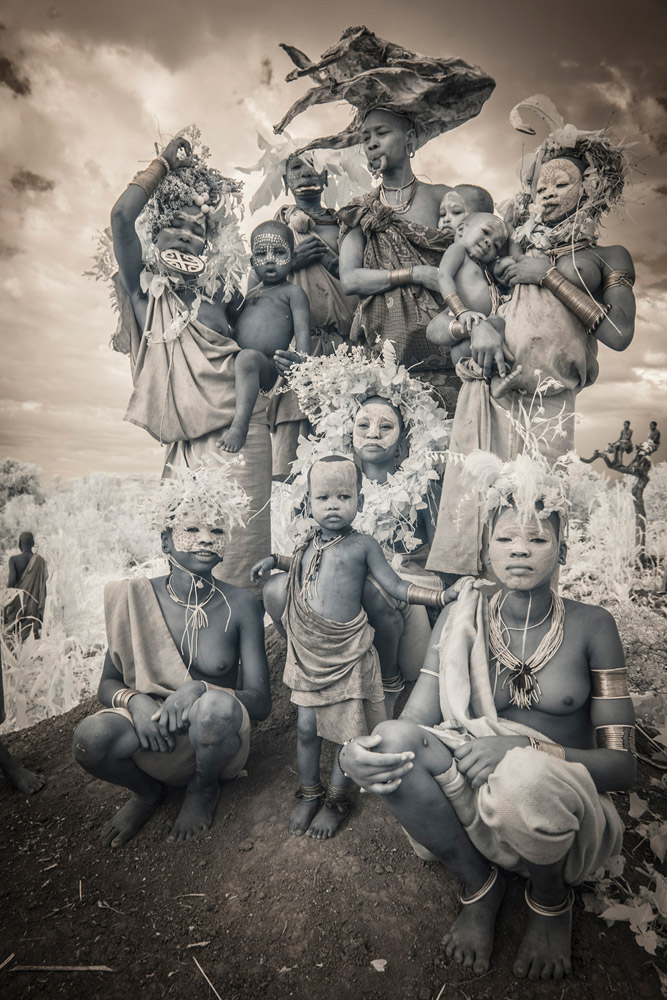 Ethiopia. Living in harmony with nature, the Suri daily adorn their bodies with materials from the world around them, using plants, animal hides, clay, and colorfully paint their bodies with these natural pigments. 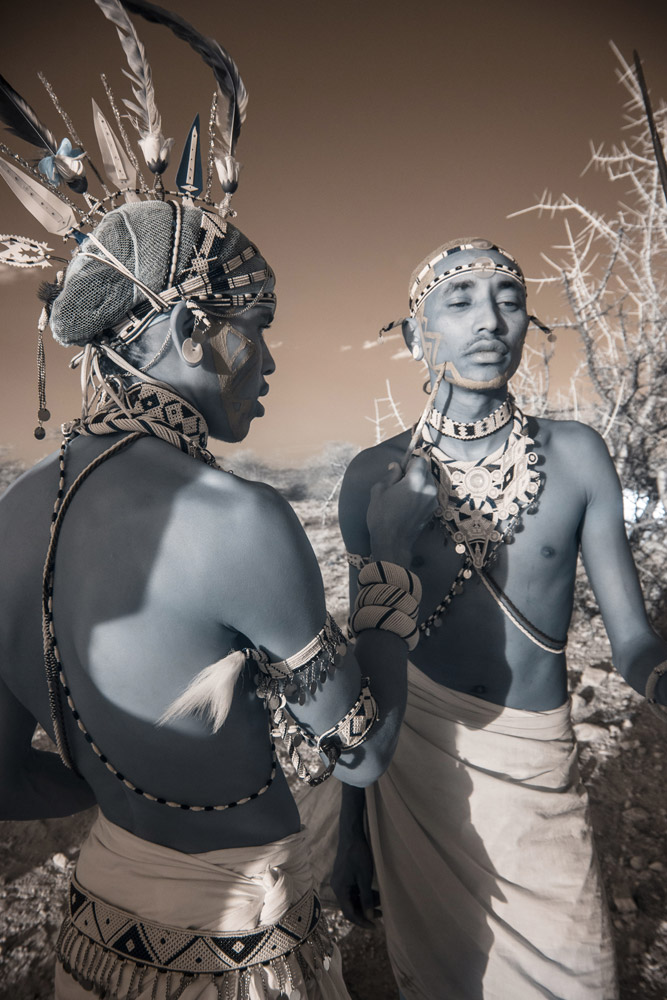 Kenya. The Samburu men, their faces painted red with crimson ochre and impressive sets of brightly colored feathers swaying atop their heads. 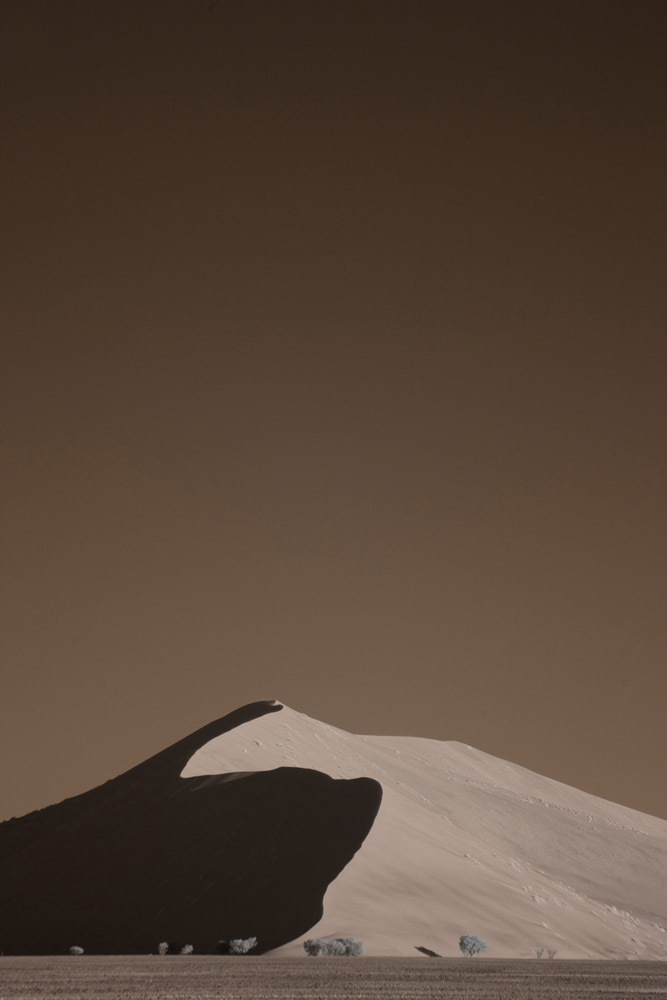