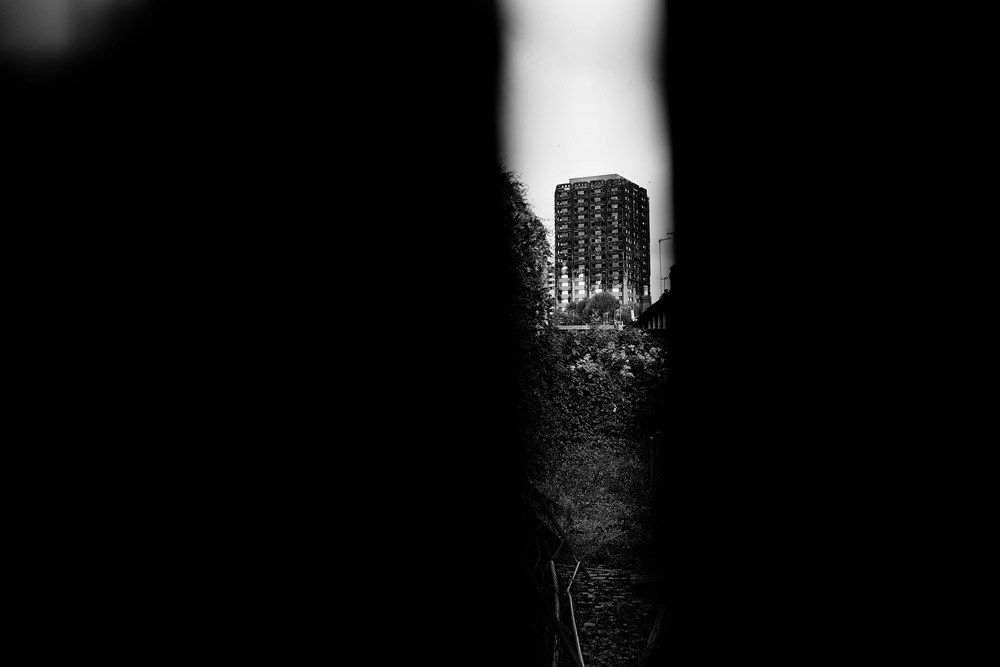 © Brian David Stevens
"The faces look out at you from the street, posters for the missing and the dead are everywhere in the area. They were a constant when I was photographing. It was vital to record these before the posters faded and disappeared and the victims became just numbers and statistics. The faded images were important.
"I started to photograph Grenfell Tower the day after the fire. I took these pictures as a member of the public. I was in the same state of shock as everybody was as I walked around the block. I didn't want to use privileged viewpoints, I wanted the same view as everybody else. I used a camera with a fixed lens that gives a similar viewpoint to your eyes, you are seeing what I'm seeing and hopefully nothing is getting in the way of that vision.
"I photographed the area every day for a month after the disaster, circling the tower. You have to immerse yourself in the subject, but no matter how many times I went back, each time I saw the burnt out husk of Grenfell Tower it utterly floored me. It never became 'normalised', it was still utterly shocking. Every day I just walked round the site making pictures, but mainly just looking. The tube station (Latimer Road) is next to Grenfell Tower and still, weeks later, the tube goes quiet as it passes; the streets are quiet. There's a huge amount of anger there under the surface. The presence of the burnt out block casts a black shadow over the area. It's been described to me as a vast tomb in the sky. It must be incredibly difficult to get on with life seeing it there every day.
"I've seen the story being exploited by all sides of the debate, without much thought for the actual victims of the fire. It's a complex situation and it helps nobody to describe it in soundbites. The BBC has been doing a very good job there. People are angry though and people are in pain, this must be realised. I knew I had to try to make honest, respectful work, and I hope I have." - Brian David Stevens, August, 2017.
View the full screen photo feature.
The series will exhibit as part of the Northern Eye Festival in Colwyn Bay, North Wales, from October 9th to 21st, 2017.
Magazine
Share