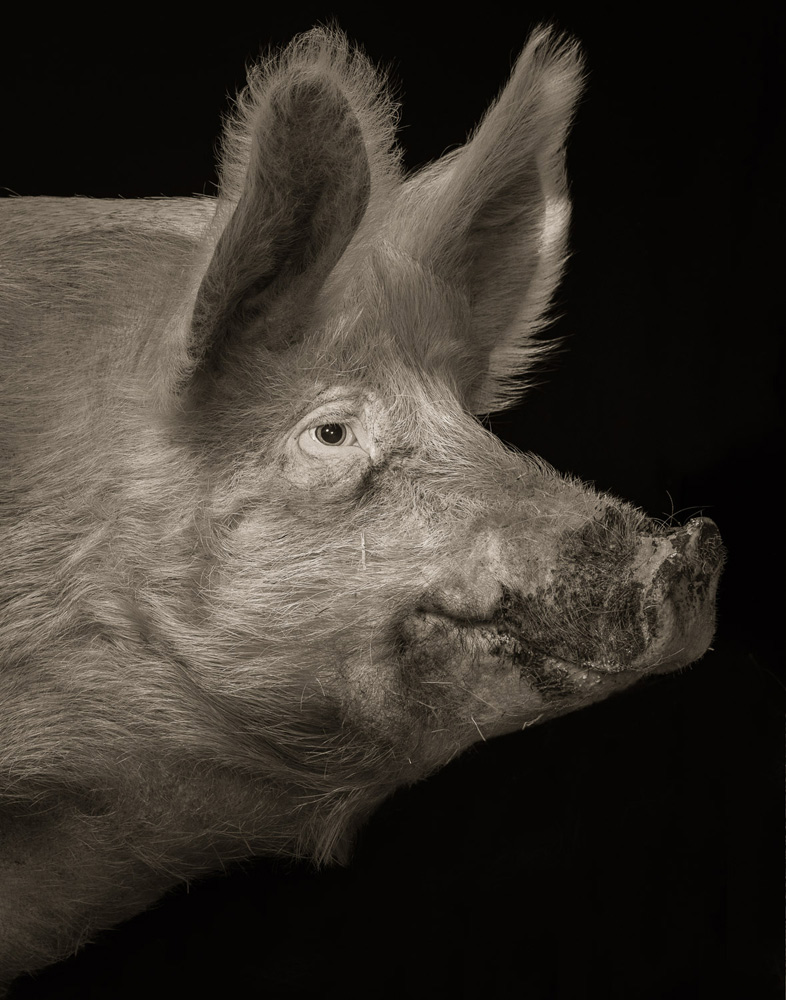 Ginger © Kevin Horan
Kevin Horan's last feature in the magazine was his gorgeous and hugely popular series of goats and sheep. I am happy to publish some more of his barnyard friends, this time it's the pigs. As an almost-lifelong vegetarian, I wonder how you could eat these guys, but as Kevin says, "Of all the animals we eat, they're the only ones who will return the compliment."
"Farm animals are products. They produce fiber or eggs or milk or horse power. Pigs are grown for only one thing: meat.
Having moved to a place where my neighbors are barnyard animals, I am compelled to see them as individuals. Through portraiture, I can regard them as non-human persons. I can attempt to bridge the species divide. I can try to see what's going on inside the pig mind. Anyone who spends time around these animals knows they have particular personalities. Can the camera let us see them? Or are we seeing the illusion that's in all portraits?
View the full screen magazine photo feature.
Pigs are uncanny - clearly a different order of beast from other farm animals. They're so like us that they're used in medical education, and their heart parts and lungs can be transplanted into humans. They share many diseases with us. They prefer a clean place to eat and sleep, unsoiled by feces and filth. They like to watch TV and drink beer, and given the opportunity, they grow fat and sedentary. Of all the animals we eat, they're the only ones who will return the compliment.
And they're clever. They can figure out gates and latches and switches, and human relationships. They're self-sufficient. They're on the job. They're watching, and they know how to get what they need."
"Dogs look up to you; cats look down on you," Winston Churchill observed. "Give me a pig - he looks you in the eye and treats you as an equal."
Thanks to Kevin for his writings.
#GoVeg!
See the goats and sheeps.
Magazine
Share