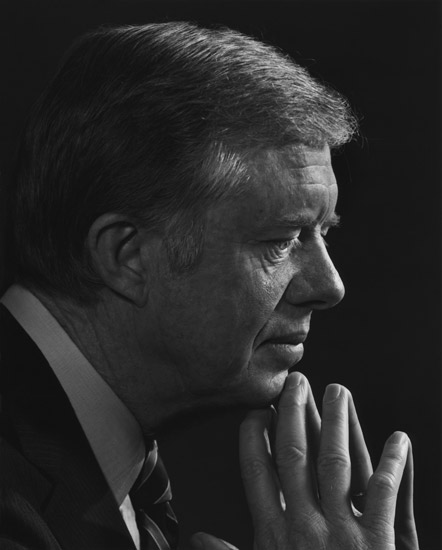 Jimmy Carter, 1981 by Yousuf Karsh
Just one of the several black and white portraits of Jimmy Carter that Karsh made in 1981. Karsh photographed a whole twelve US presidents, coming out of retirement for the 12th: Bill Clinton.
Today is Carter's 91st birthday. Check out this piece on WNYC's The Takeaway, 'What Life Would Be Like if Jimmy Carter Won a Second Term.' "The Supreme Court might be a lot more liberal. Environmental protections might be stronger." He lost, of course, to Ronald Reagan.
Karsh
Share