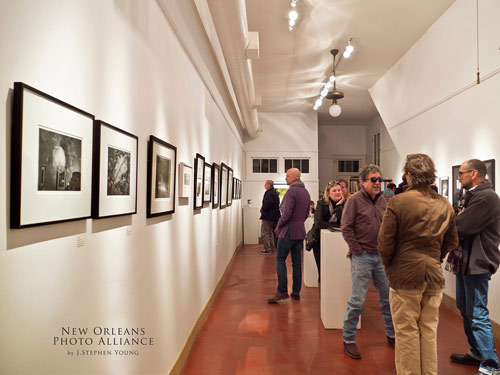 I am just as thrilled as can be to see the results from the show I curated for the New Orleans Photo Alliance, which opened this past weekend. I felt a great responsibility to do justice to both the contributors and to the Alliance and I hope that all the attendees find it an engaging exhibition. 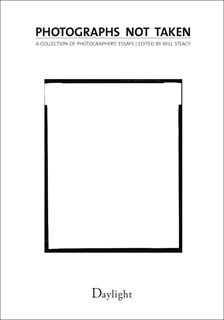 In stores soon is this new infinitely-readable little book, 'Photographs Not Taken,' brought to you by the bright and brilliant team at Daylight. Author Will Steacy's short essays by photographers is a collection of personal stories about missed opportunities, mistakes, missteps and many other varied vignettes; some of them are glad that they hold the memory instead of a physical manifestation. "Diane Arbus would have done it" states Sylvia Plachy, in hindsight. Other short tales from Mary Ellen Mark, Roger Ballen, Amy Elkins, Mark Power, Jamel Shabazz, Tim Hetherington and dozens more.
Pre-order one now. Great value, great reading, relatable and moving.
Books | Permalink |
Share 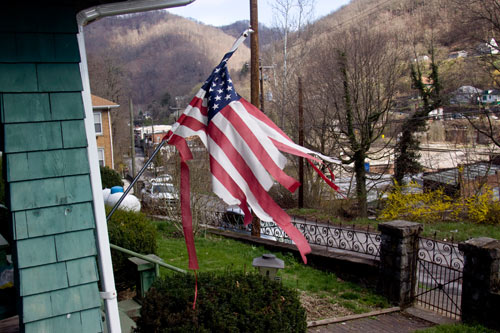 Les Stone, working on a documentary on coal mining in McDowell County, West Virginia, has found his story morphing into a broader look at health care.

"McDowell County is one of the poorest and most remote counties in the United States. In fact Welch, the county seat, had at one time the highest concentration of millionaires in the United States. Thousands of immigrants came from all over the world to work in the coalfields. Now, Welch is scarcely a shadow of its former self. Still, today more coal is taken out of this area than at any time in its history, however, mechanization and non-union mining left the county destitute. In addition, many of the coal companies have treated the people there with disdain and have taken advantage of the miners and their families. .

Black lung, heart disease, diabetes and drug abuse just a few of the problems that have come with poverty in McDowell County. Black lung disease is on the rise among all the miners after several years of decline. Many of the formerly rich towns in the area are now little more than ghost towns and still the only jobs that pay more than minimum wage are the most dangerous jobs in the world - coal mining. Very few people here have health care insurance or access to medical clinics.

In the context of the national economy where many of us are currently suffering, this project is a reminder that some of our fellow countrymen have had it much worse for a long time and they should not be forgotten. In fact, they need to be celebrated as heroes. They are the reason the lights are still on in our homes. However that is not to celebrate coal - we need to find alternatives and quickly - but as in all decisions involving policy, you cannot forget that people's lives are deeply affected." - Les Stone.

Many thanks to Les for the text.

Read an interview with Les, "How A Photojournalist Used To Work," on Stella Kramer's blog. 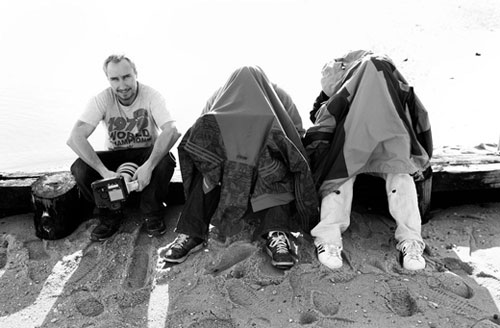 Phil Penman is a New York-based photographer with some grand, breath-taking images on his website, and a happy and colourful blog. Phil submitted images from his series on celebrity shooters right as I was receiving unwelcome news from my past life, which I spent licensing images from celebrity and music photographers, including the red carpet hoppers. As the desire grew to catch celebs increasingly unaware (unless they'd already had their publicists advise where and when their star would unexpectedly be...) we still resisted the creepier photographers snatching pics of celebs in sweatpants eating tacos (I think we actually got that specific request once). 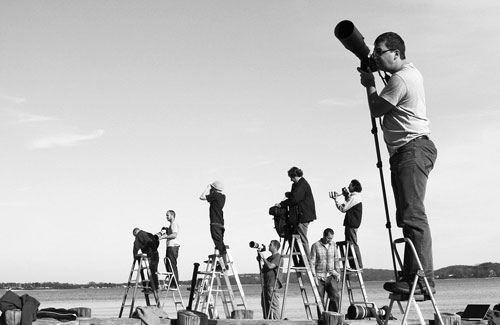 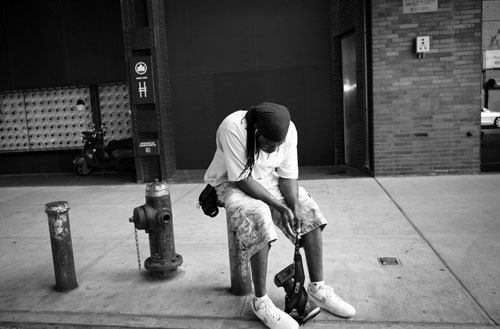 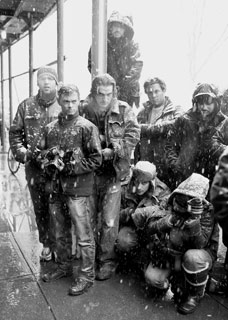 "The life of a celebrity photographer may sound all glamour, red carpets, hanging with the stars, the Hollywood lifestyle. But fundamentally it is shivering your days away in the middle of the winter waiting for today's name in lights to come out of a building, whilst constantly responding to the ever-present question from passersby "Who Are You Waiting For?"" - Phil Penman. 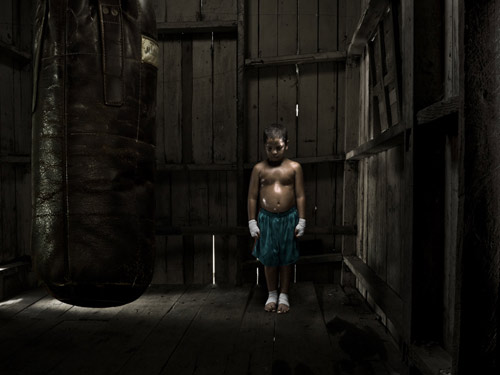 If you're going to have a rep, you'd be lucky to have one like Mollie Jannasch, of Agency MJ. She's charming, enthusiastic, unpretentious and tenacious. We met at NYCFotoworks where she showed me portfolios from the photographers in her stable and these two series from Claudio Napolitano stood out. Generally speaking, I steer clear of photos of kids, but I love Claudio's emotive fantasies. 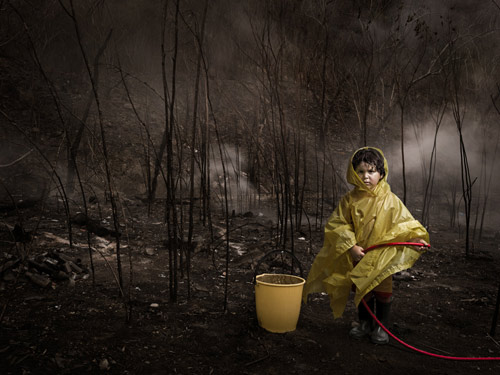 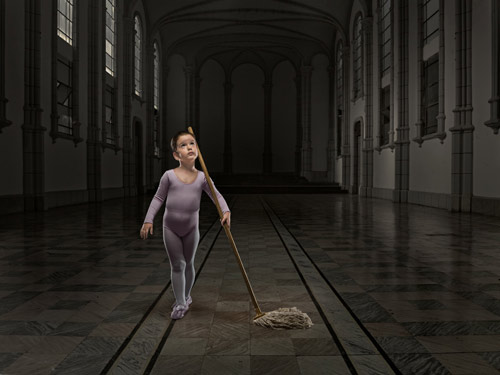 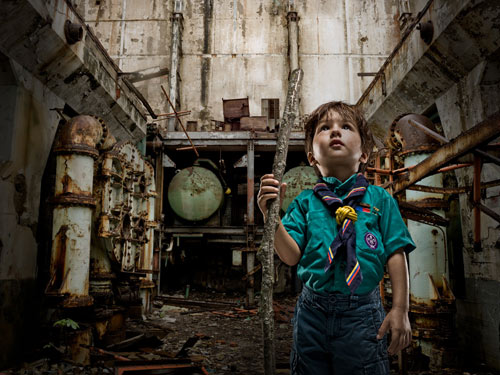 Plus, people still smoke! A few of Claudio's dark portraits. 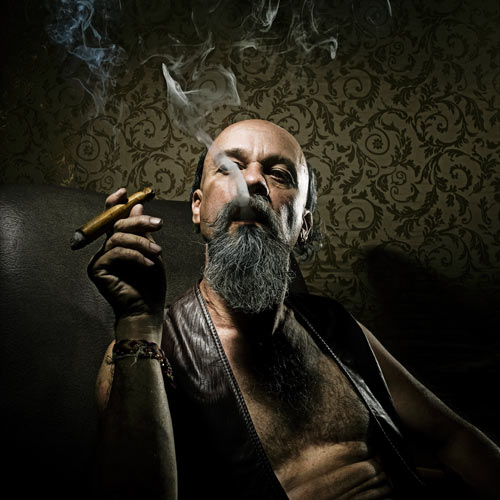 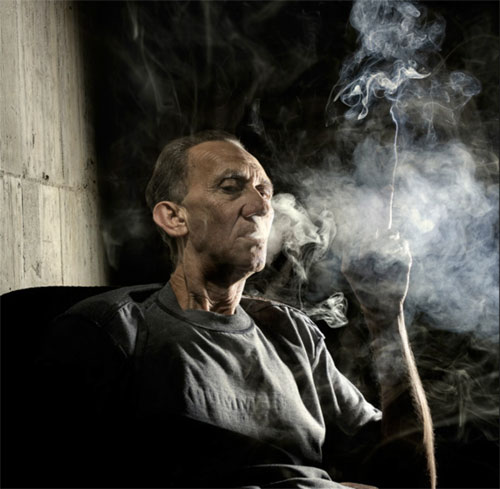 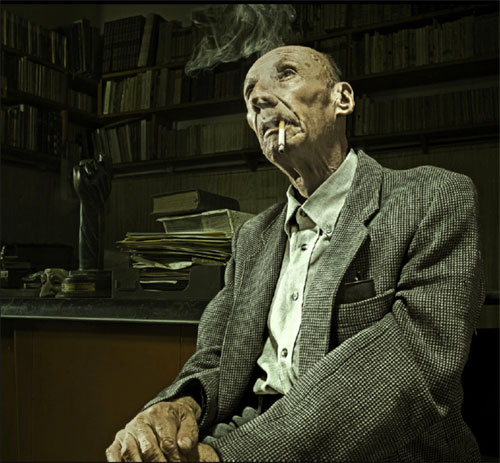 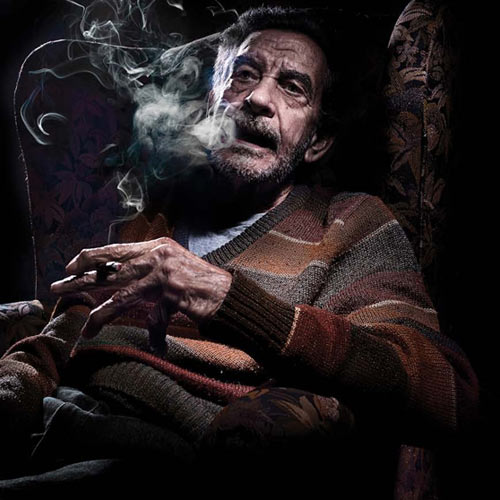 I met Mr. Toledano at a shi-shi event a couple of years ago. We wore similar outfits and shared an accent. I remember being embarrassed that I didn't know his work at the time, which I discovered to be bloody clever.

Since then, he put out the moving and beautiful "Days With My Father", an incredibly personal project to which we can all relate. Then came the quite brilliant 'Kim Jong Phil' "It occurred to me that being an artist is a great deal like being a dictator." and 'A New Kind of Beauty' "Beauty has always been a currency, and now that we finally have the technological means to mint our own, what choices do we make?" and now he's further along his glittery path to world domination. Toledano is a gift that keeps on giving, for want of an appropriately terrible cliché.
Photographers | Permalink |
Share 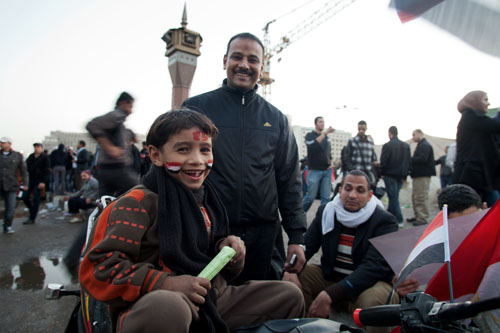 "I just went to Egypt to get in touch with the Arab Spring, the second part of the revolution and of course I didn't want to just photograph only protest. I want to photograph the people around Tahrir as well. It is interesting that so many young kids take part and during the day you see so many families on Tahrir.

Of course I was curious about the mood, one year after the first protests occurred there. I spent one week there, not enough time to go deep enough into the whole matter." Ole Elfenkämper 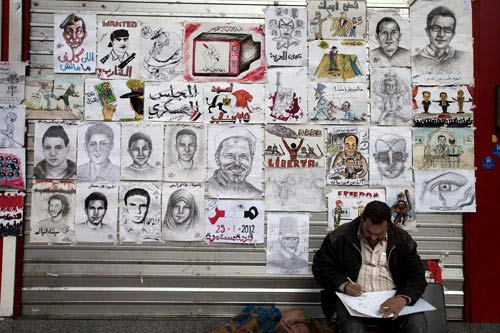 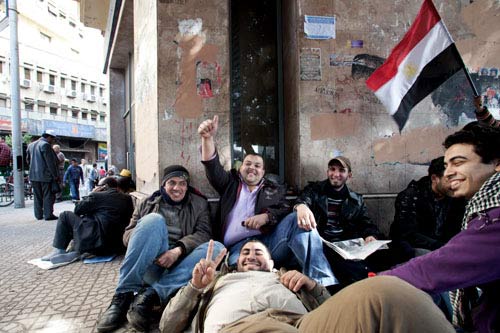 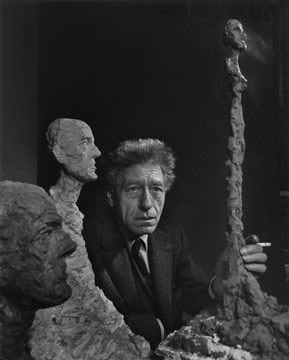 "Within every man and woman a secret is hidden, and as a photographer it is my task to reveal it if I can. The revelation, if it comes at all, will come in a small fraction of a second with an unconscious gesture, a gleam of the eye, a brief lifting of the mask that all humans wear to conceal their innermost selves from the world. In that fleeting interval of opportunity the photographer must act or lose his prize."

Yousuf Karsh made more than 15,000 sittings across six decades. This feature is but a small selection of the artists he photographed.

There is lots of information and images on the official Karsh website, it's great value so I recommend a long visit. 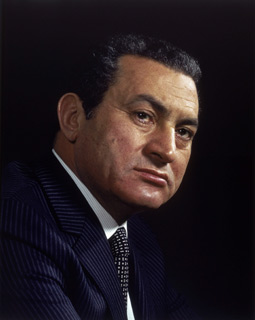 It's not all Audrey Hepburn and Helen Keller over here at the Karsh satellite archives - we've got plenty of controversial figures in the files. As protests in Egypt continue into their second year, here is ex-President Hosni Mubarak, photographed by Yousuf Karsh in 1983. 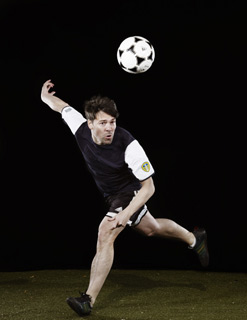 The ever-entertaining Dirk Anschütz has a new post on his Heavy Light blog about a shoot he did with his football mates (soccer buddies) 'Chinatown Ballers - The Miracle on Turf': "Some of the regular highlights of my New York existence are the amateur soccer games I play in Chinatown. Some fellow kickers and I started to get together quite a long time ago for a midweek pick-up game on a 7-a-side pitch at the edge of Barrio Chino. The game proved to be very robust and survived the cold winters, hot summers, stretches of low popularity, stretches of too much popularity, and many personnel changes for over a decade now. Even though soccer has its fair share of whiners, complainers, braggers, spoiled brats, bullies, people teetering dangerously close to sanity, as well as people that are all of the above, we managed to keep the game clean, competitive, friendly and fair." Read the back-story. 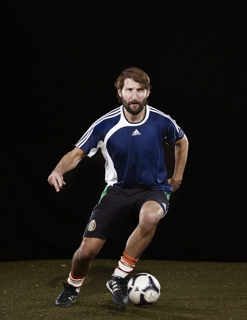 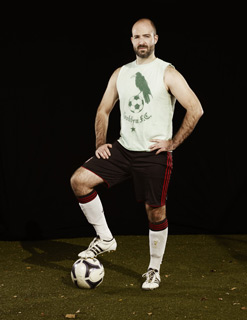