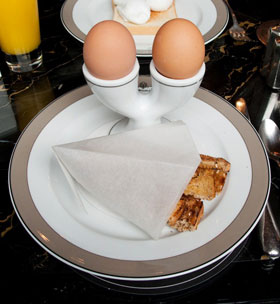 Myriam Babin sent out a newsletter today about her trip to London: cream teas at Fortnum and Mason, boiled eggs with soldiers... and now I'm feeling homesick. Someone get me a slice of Victoria sponge!
© Myriam Babin
Photographers | Permalink |
Share

reGeneration²: A new book from Aperture 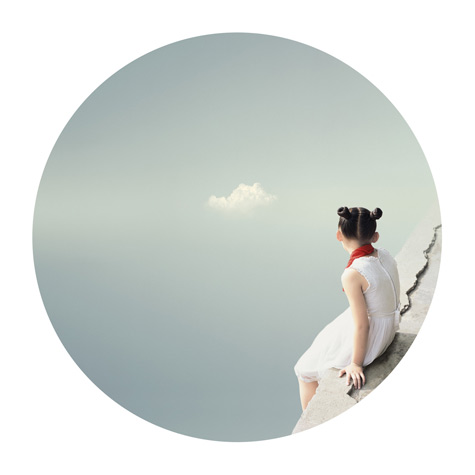 "Following the success of 2005's groundbreaking book and exhibition 'reGeneration: 50 photographers of tomorrow', 'reGeneration²: tomorrow's photographers today' turns the spotlight yet again on the next generation of potential stars. reGeneration² proves that the art of photography is alive and well, and that practitioners of extraordinary talent are well on their way to making their mark. The selection was made with one key question in mind: is the photographer likely to be known in twenty years' time?

Through over two hundred images, reGeneration² showcases the inspiring creativity and ingenuity of eighty up-and-coming photographic artists. The variety of subjects and techniques on view in this remarkable reflects the astonishing diversity of worldwide tal­ent that has newly emerged. Useful reference materials include biographical details of each of the eighty photographers included and updates on the winning photographers from the first edition, many of whom have since forged impressive international careers, including Pieter Hugo, Idris Khan, Angela Strassheim, and Nathalie Czech." 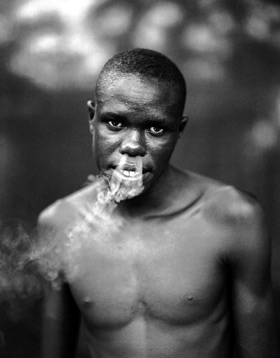 I'm not sure how Jason found time to put together a photography book, in between walking the Gambia with a large format camera and going on a 50,000 mile round-the-world assignment, but... he has and "Makasutu - Mecca in the Forest" looks fabulous.

Read about the project. 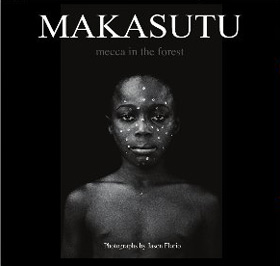 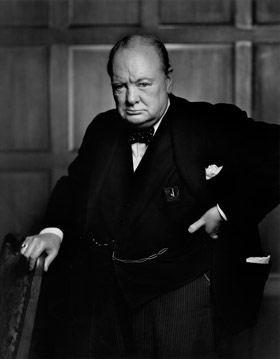 It is 70 years ago today that Winston Churchill made his famous pronouncement in the House of Commons: "Never in the field of human conflict was so much owed by so many to so few."

Of his famous session with the PM, Karsh said "My portrait of Winston Churchill changed my life. I knew after I had taken it that it was an important picture, but I could hardly have dreamed that it would become one of the most widely reproduced images in the history of photography. In 1941, Churchill visited first Washington and then Ottawa. The Prime Minister, Mackenzie King, invited me to be present. After the electrifying speech, I waited in the Speaker's Chamber where, the evening before, I had set up my lights and camera. The Prime Minister, arm-in-arm with Churchill and followed by his entourage, started to lead him into the room. I switched on my floodlights; a surprised Churchill growled, "What's this, what's this?" No one had the courage to explain. I timorously stepped forward and said, "Sir, I hope I will be fortunate enough to make a portrait worthy of this historic occasion." He glanced at me and demanded, "Why was I not told?" When his entourage began to laugh, this hardly helped matters for me. Churchill lit a fresh cigar, puffed at it with a mischievous air, and then magnanimously relented. "You may take one." Churchill's cigar was ever present. I held out an ashtray, but he would not dispose of it. I went back to my camera and made sure that everything was all right technically. I waited; he continued to chomp vigorously at his cigar. I waited. Then I stepped toward him and, without premeditation, but ever so respectfully, I said, "Forgive me, sir," and plucked the cigar out of his mouth. By the time I got back to my camera, he looked so belligerent he could have devoured me. It was at that instant that I took the photograph."

Watch a reenactment of the making of the photograph on the Karsh website. 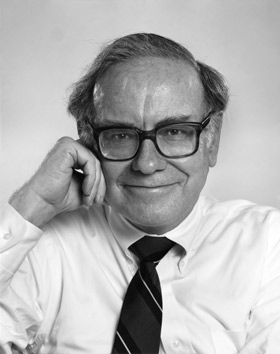 Dipping in to the Karsh archive to get some more prints digitized, I just cleaned up Warren Buffett. Buffett became a billionaire on paper in 1990, the year Karsh photographed him. 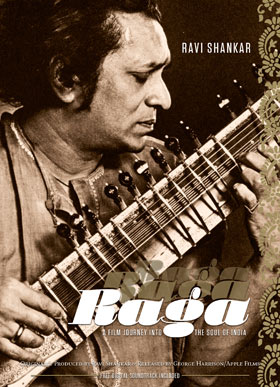 In October, East Meets West Music, the official recording label of The Ravi Shankar Foundation, will release a remastered 'Raga: A Journey into the Soul of India'. Originally released in 1971, the film documents the life of the sitar master in the late 60's.

The Estate of Yousuf Karsh supported the Foundation with the use of this photograph of Shankar from 1966. 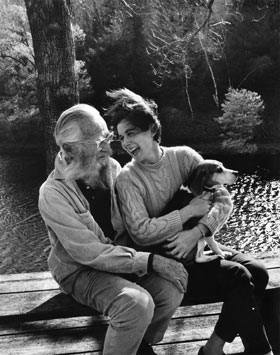 Joanna Steichen met Edward through Carl Sandburg in 1959 and Yousuf Karsh photographed them at their home in Connecticut in 1965. When they married, she was 27, he was 80. She died last month, at home in Montauk. 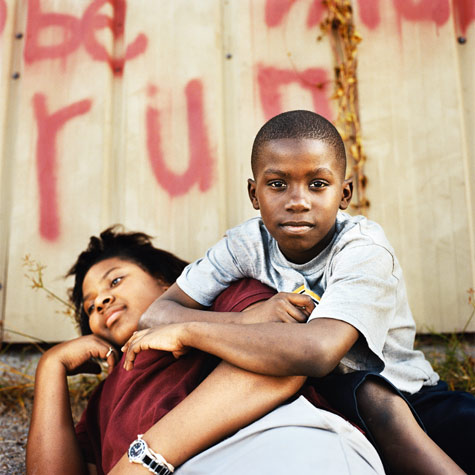 In conjunction with ClampArt, aCurator Magazine is honoured to publish a selection of photographs from Dave Anderson's project 'One Block', a series about a single city block, post-Katrina, whose residents are attempting to rebuild their homes.
"'One Block', Anderson's third show at ClampArt, is a powerful body of work which follows the reconstruction of a single New Orleans block in the wake of Hurricane Katrina, delivering a compelling portrait of the storm's ongoing physical and psychological impact on the city and its residents. Using portraiture, still life, and abstract images, Anderson documents the evolution of both the street and its houses as residents literally rebuild their lives, exploring the very nature of community while testing its resilience.
Anderson's compassionate treatment of the neighborhood's straitened financial circumstances and its courageous reconstruction has drawn comparisons to coverage of the Great Depression by Dorothea Lange, Walker Evans, and other Farm Security Administration-funded photographers. Seventy years later, between the devastation of Hurricane Katrina and the crippling recession, the stability and permanence of the American home is once again at stake." - ClampArt
'One Block' is exhibited at ClampArt through August 20th and the monograph is now available from Aperture.
View the magazine full screen photo feature.
Magazine | Permalink |
Share 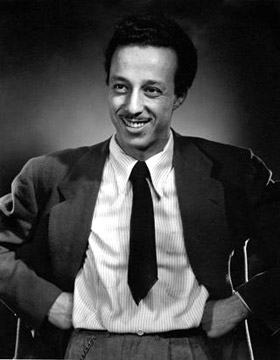 Herman Leonard had a breath-taking life, from his early days assisting Yousuf Karsh to his years spent in Paris photographing fashion to his nights in Harlem photographing jazz legends, and on throughout the years. I interviewed him for ZOOZOOM about his fashion work, and felt lucky to be able to also chat with him about the famous sitting with Albert Einstein on which he assisted Karsh in 1948. I didn't meet Herman until he was well into his 80's but he behaved like a young man, enthusiastic about photography, forward-looking and creative with his archive. His prints left damaged by Hurricane Katrina make for moving viewing.

"Quincy Jones once said, 'I used to tell cats that Herman Leonard did with his camera what we did with our instruments. Looking back across his career, I'm even more certain of the comparison: Herman's camera tells the truth, and makes it swing. Musicians loved to see him around. No surprise; he made us look good.'"

Kate Simon: Life is a Killer 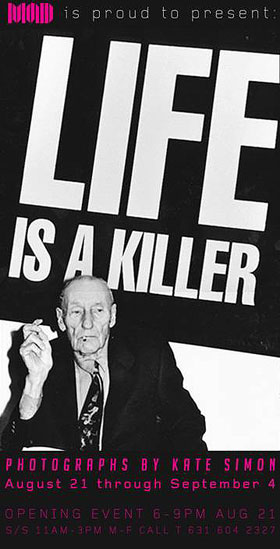 Kate Simon has a photography exhibition opening in East Hampton, NY on August 21st. Murphy and Dine looks like a gorgeous, big space; I'm not sure what else Kate is showing, she has a wide variety of legendary subjects, but I'm assuming there will be some of her fab photos of William Burroughs.