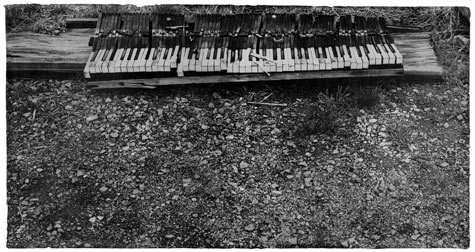 "Aperture Gallery and sepiaEYE present 'Wind', a solo exhibition by internationally acclaimed Korean photographer Jungjin Lee featuring twenty-five stunning panoramic landscapes. A limited-edition artist book, as well as the artist's first trade book, co-published by Aperture and Sepia, accompany the exhibition. Beautiful in their composition and physical execution, Lee's images present metaphors for an interior state of being and the forces that shape it. Lee's landscapes are imbued with an elemental vastness, at once powerful and serene. The Wind exhibition will coincide with the annual Asian Contemporary Art Week (ACAW) festivities held in New York. Museums, galleries, curators, and artists will be involved through the ten-day run of the festival."

Opening reception, March 24th. aCurator has the hots for this piano photograph, if you're buying. 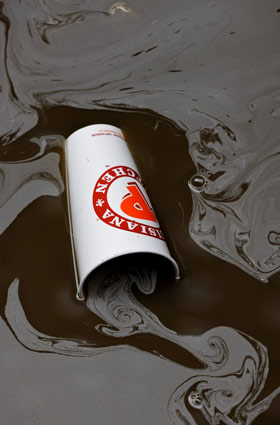 Sometimes simplicity is just as refreshing as a hot cup of coffee. David Joseph showed me his work at a portfolio review explaining how the series of forgotten coffee cups was inspired by David's donations to auction for the Design Trust for Public Space in NYC.

"I realized that New Yorkers, no matter their socio economic status, were leaving their tags all over the City. This is the new graffiti, and whether it is City Bakery, Starbucks, or Jacques Torres the city is covered in beautiful litter left by multi-taskers who always think they can do one more thing. I hope these images, like all of my images, challenge people to reconsider what they see everyday."

Better known for his luxurious and rich architecture photography, these are light relief and a statement on the nature of our lack of interest in our environment. We all live so up close and personal in NYC, how is it we care so little about litter? 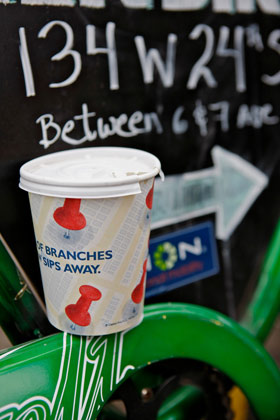 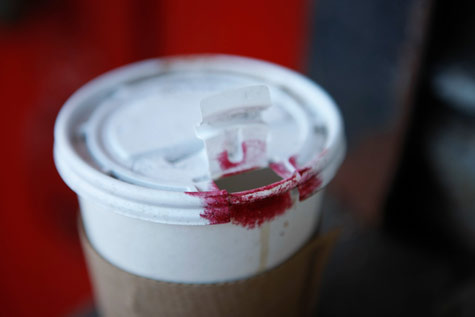 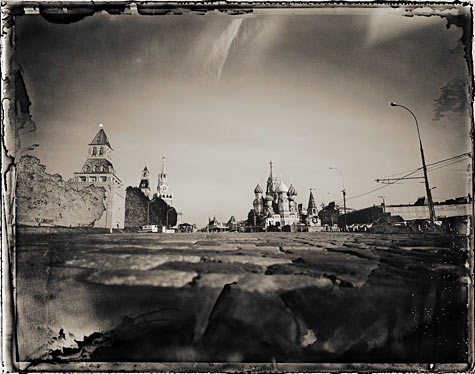 The ongoing series 'An Enduring Grace' "is a fulfillment of distant childhood curiosities of Russia... Michael now approaches these dramatic scenes with the same feeling of wonderment he had as a child..."

The photographs on show were made over the course of multiple visits since 2007. 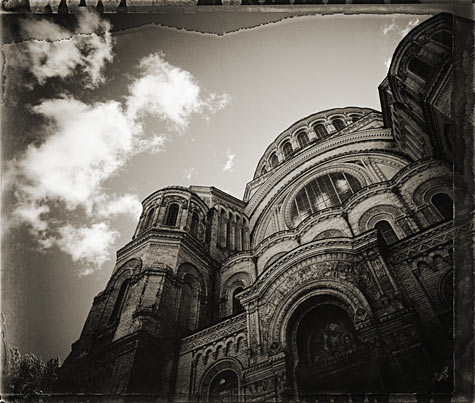 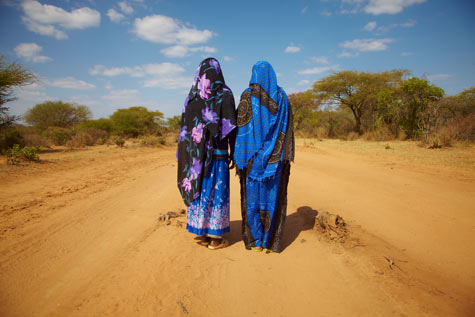 In November 2010 David Goldman took a trip to Addis Ababa with Salaam Garage, an organization that partners with international NGOs and local non-profits to "create and share independent media projects that raise awareness and cause positive change in their online and offline social communities." Immersing himself in the challenge of portraying hope, he returned with this positive story - a tale of renewed life for two young women who had been needlessly suffering for years. Thanks to some missionaries, the women were both taken to the Hamlin Fistula Hospital for treatment.

"This is a story of love and faith. Love because I fell for these two young women, watching them support each other; and because there are two villages full of family and friends that gave these women the courage to take a journey to the unknown in hopes of being healed. Faith, they simply must have, or they would have given up a long time ago.

The women are both from a remote area in Ethiopia known as the Bali Mountains; both lost their babies and suffered from the same affliction: an obstetric fistula. Both women were left incontinent for more than four years, and their social value had dropped with their inability to function as normal, contributing woman of the tribe. Like the thousands of women that arrive at the gates to the hospital each year they are not turned away regardless of whether they can afford to pay, and of course they cannot, they cannot even pay for a bus ride to Addis Ababa."

David decided to take them home himself.

Click through for more information on the Hamlin Hospital and how to donate. 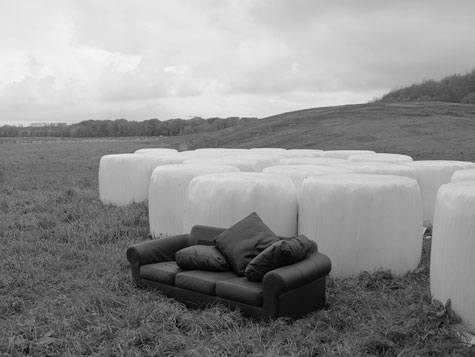 Martin Brink has a piece in Illiterate Gallery's The Big Picture show, now on in Denver. The print is from his new series 'Trash in Grass' which reflects Martin's usual brilliantly tongue-in-cheek observations of what's immediately in front of him.

He's been busy so there's also an interview with Urbanautica, and his book 'The Daily Round', images from which previously seen here in aCurator, is featured at Various Points. 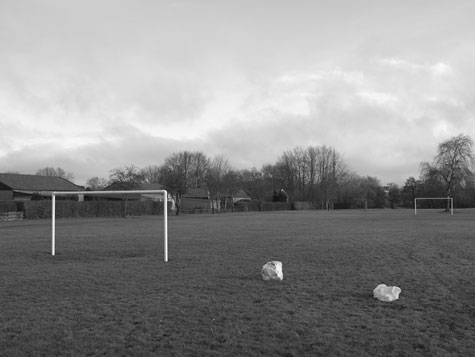 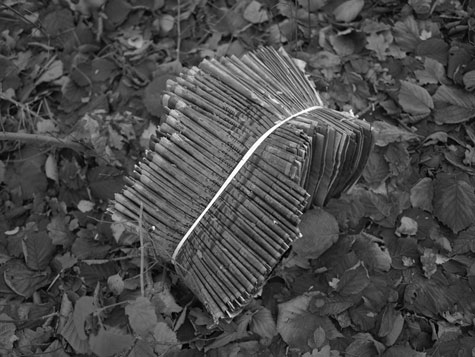 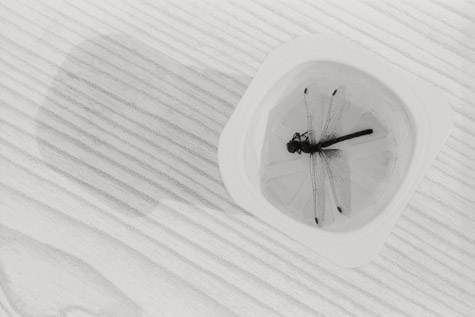 "Here you have my heart" he said, and he took me away.

Brandan Gomez is a photographer based in Santiago de Compostela; his transcendent photographs are rooted in the spirituality of his location which is a medieval pilgrimage route dating back to the 9th century. He is interested in "religions, the sacred, superstitions, and how that can be translated into images."

"It all began in a very small coast village in the North of Portugal called Costa Nova. This place has such a special light because it has the Atlantic Ocean on the west and a water channel on the east, this land is like a needle that penetrates the sea, there is always some mist floating in the air, water acts like a mirror, light reflects in every object and somehow blinds you enough to see what has never happened." 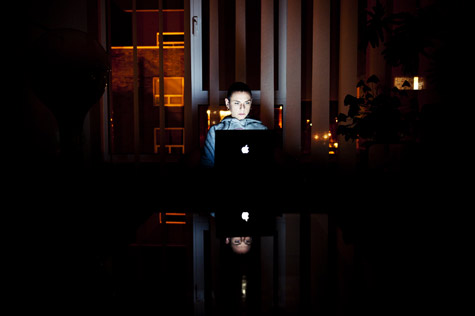 I round out my week being most proud to have been included in Gabriela Herman's Blogger Series. Gabriela has drawn tons of press and praise, and I'm in exceptionally good company. 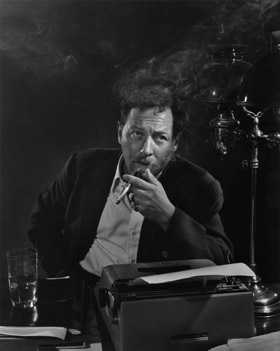 Twas a busy week for Karsh licensing. It is the centenary of the birth of Tennessee Williams and Newsweek used this great portrait to illustrate their article. I personally had not known that Williams "choked to death on a bottle cap in a drug-fueled haze" prior to reading the 2 page spread. 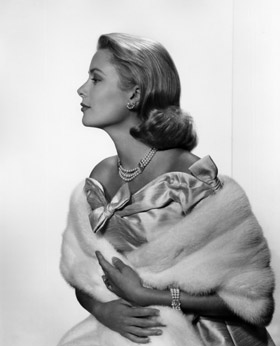 The stunning Princess Grace of Monaco is being used by the Smithsonian Cooper Hewitt Design Museum here in New York to promote 'Set in Style: The Jewelry of Van Cleef & Arpels' which is on now through May. 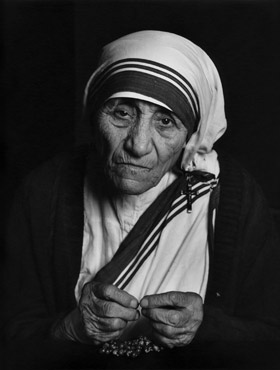 There's always good old Mother Teresa to be licensed. This time she's adorning an educational poster for a group in Pennsylvania. 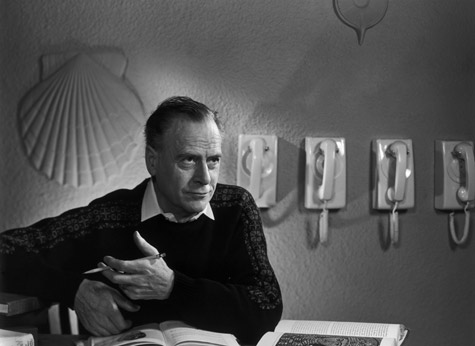 It's also the centenary of the birth of Marshall McLuhan. Via Wikipedia - Marshall McLuhan was a Canadian educator, philosopher, and scholar - a professor of English literature, a literary critic, a rhetorician, and a communication theorist. McLuhan's work is viewed as one of the cornerstones of the study of media theory, as well as having practical applications in the advertising and television industries. McLuhan is known for coining the expressions 'the medium is the message' and 'the global village' and predicted the World Wide Web almost thirty years before it was invented. He was a fixture in media discourse from the late 1960s to his death and he continues to be an influential and controversial figure. More than ten years after his death he was named the 'patron saint' of Wired magazine.


Via Jiri Rezac at Greenpeace International.

In July 2010, Greenpeace-commissioned photographer Lu Guang documented the aftermath of the massive oil spill at the city of Dalian in China. A couple of weeks ago, the dramatic series of pictures he shot during this assignment portraying the death of firefighter Zhang Liang was awarded with the third prize in the Spot News Stories category of the World Press Photo
competition. In this video Lu Guang provides his personal perspective on this tragic event.
Awards, News | Permalink |
Share 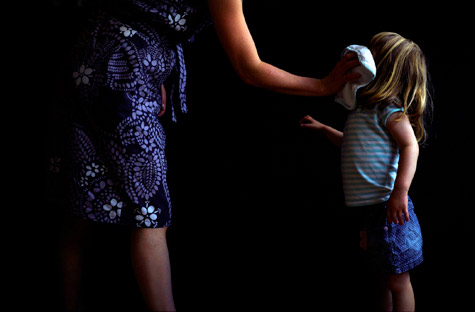 British photographer Hester Jones' series 'Call Yourself a Mother' explores "the maternal ambivalent feelings and fantasies many mothers experience towards their children" in a handful of stark and ambiguous constructions. Jones does not include the mother's face, denying us the  look that the mother would be giving and prompting us to question the action taking place.

A graduate of London's prestigious LCC and, among several other exhibitions, with work just shown at 2010 Brighton Fringe, Hester's work can be seen here in the States at the Mpls Photo Center in 'Woman As Photographer: Picturing Life as a Woman' which opens March 4th and coincides with International Women's Day. 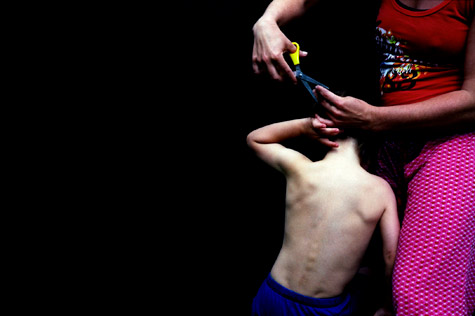 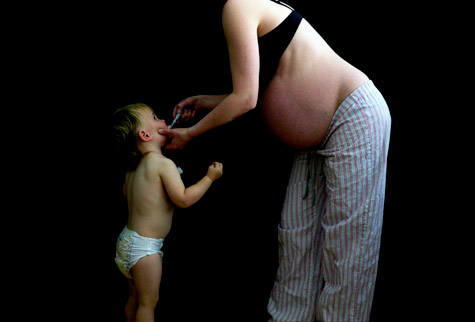 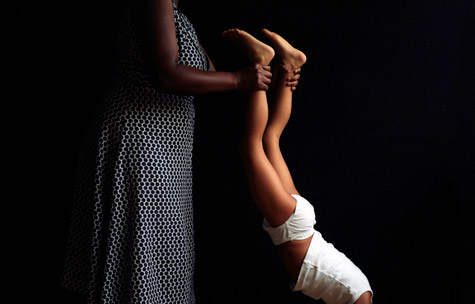