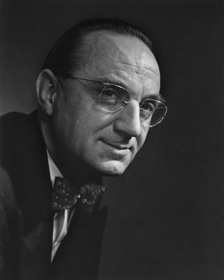 I love to publish Karsh in my blog but hate to bore anyone by over-doing it. So I publish when something presents itself. In a classic Karsh pose, this is Joseph Roberts "Joey" Smallwood, a controversial character who was ultimately responsible for bringing Newfoundland into the Canadian confederation in 1948, becoming its first premiere* in 1949, the same year in which he was Karshed. 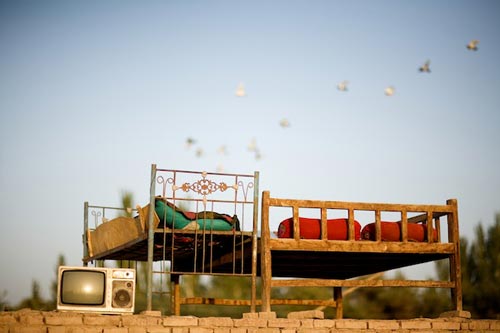 Lisa Ross has documented the ritual objects and burial sites of the Uyghurs of Western China.
In her new series, 'After Night,' she focuses on the sparse beds found outside in this community.

"Isolated within the vast and arid desert landscape, they... suggest an aesthetic intervention, when in fact they are captured as they were found."

'After Night' is showing at Asya Geisberg Gallery in NYC now through December 17th, with an artist talk at 1 pm on November 12th. 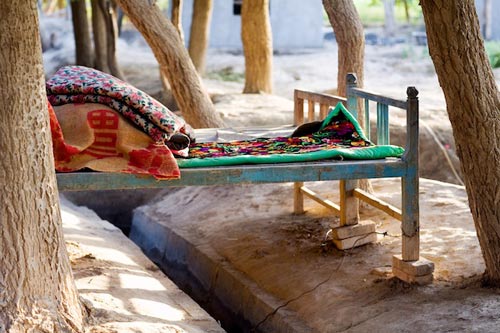 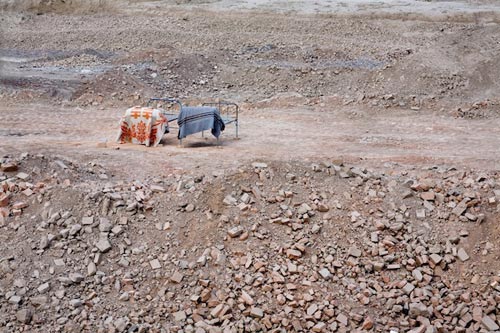 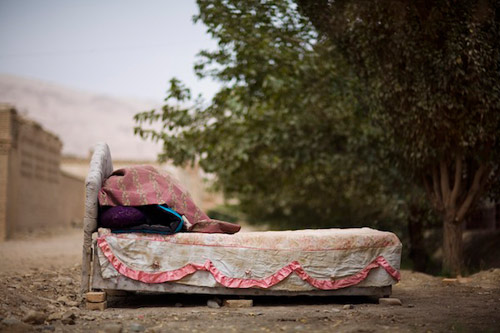 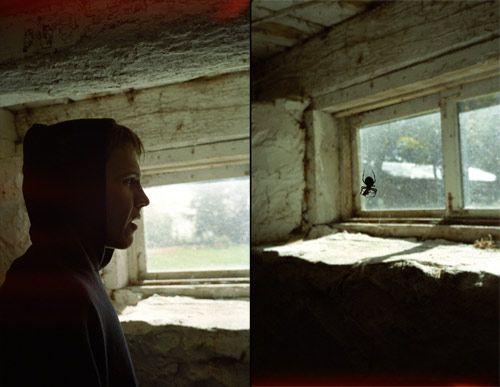 Based in Montreal, Ben Pobjoy is a producer, a creative director, a publisher, and still a young, hungry photographer. His photographs are straight-up, somewhat reflecting his tongue-in-cheek attitude: the latest issue of his brilliant photo newsprint publication 'The Tourist' features 40-pages on Justin Beiber by Alex Sturrock; the accompanying blog demonstrates why The Tourist and aCurator hit it off. "One of the early motivations for founding the Tourist was our collective desire to establish a platform for long-form photo essays." I find Ben's varied activities refreshing, and love his attitude - he offers high-res files of some of his images: "Bare walls are sad walls, so make some prints and spruce up your place." 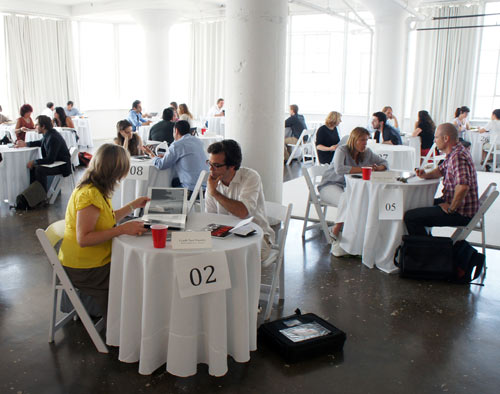 "On November 1-3, 2011 NYCFotoWorks will host the Fusion Portfolio Review, merging motion and still imagery into the most comprehensive professional portfolio review they have yet to host. All photographers must apply to the event in order to attend, ensuring professional quality of work."

Time to apply! This well-received portfolio review has an amazing roster of professionals available to meet one-on-one and critique your work. Do apply soon - you need to be pre-screened and then booking appointments is first-come, first-served. I am really impressed with the line-up - check out the latest roster.

Discount code JGFoto gets you 5% off.

In June 2011, NYCFotoWorks hosted the Emerge Portfolio Review that brought more than 180 professional photographers together from all over the world to meet with 150 of the industry's top professionals. Watch the video of the event here and see what some of the attending photographers had to say. 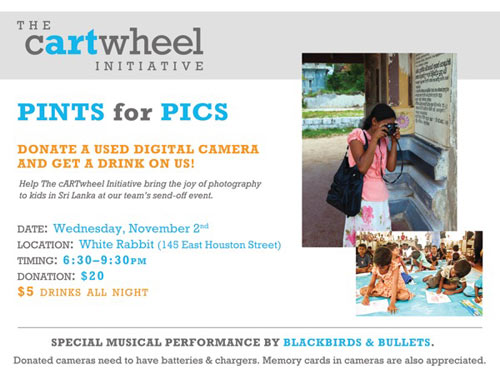 Here's a win-win situation: you get rid of your old digital cameras, their batteries and chargers, and in return, you get a pint and a dose of 'nachus' (Yiddish - look it up!). Help cARTwheel, a fresh, young organization who is headed to Sri Lanka to bring photography fun to kids who until recently have known only wartime. 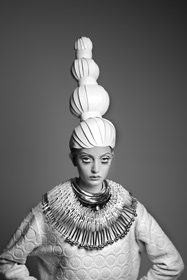 Opening November 3rd at Jackson Fine Art in Atlanta, is 'Paper-Cut-Project'. As per the press release, Amy Flurry and Nikki Salk of Paper-Cut-Project are Atlanta-based artists whose innovative paper wig sculptures have captured the imaginations of fashion's most illustrious houses. In 2010 their debut collection of paper wigs was featured as an installation in the Atlanta and New York locations of Jeffrey boutique.

I, of course, just love the photograph, by Greg Lotus. 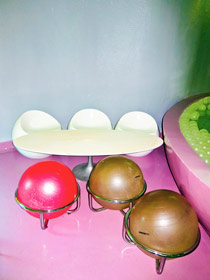 One of the more joyful meetings I had at the ASMP Commercial Portfolio Review earlier this month was with Dolly Faibyshev. This impressive young woman has already published a book with Schiffer, 'Palm Springs Mid-Century Modern' and is one of a small handful represented by Finch and Ada.

I was drawn to her lurid series 'Meatpacking District' which Dolly describes as "...a series of garish interiors. The eye-straining color palette, sexualized furnishings, disco balls hovering over fountains and urinals made to feel like an exotic island sunset come together to create the ultimate disturbed fantasy. There is something unsettling in this space designed for fun." 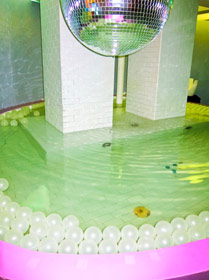 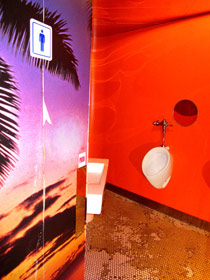 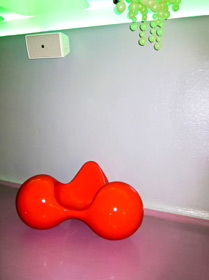 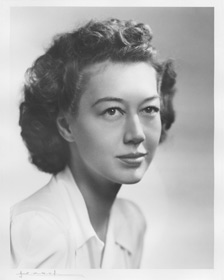 Life at the Karsh archive is always fascinating, entertaining and enlightening. I was contacted recently by a woman who shared the story of her mother's sitting with Mr. Karsh.

"It would have been late '30's, early '40's - from his Sparks St. Mall studio. She used to tell us this great story about it. She had booked the appointment and it was pouring rain out, so she wore a raincoat with a hood to protect her hairdo. When she walked in, Karsh stopped her and said, "Don't move! I'm going to take your photo just like that!" But she had saved up all her money for a professional portrait, so she pooh-poohed that idea and took the raincoat off. The portrait is lovely, but she regretted her haste in later years, and thought it would have made a really interesting photograph with the raindrops glistening on her hood."


Marian Beamish by Yousuf Karsh. Thanks to Mary Pal for sharing her story.
Karsh | Permalink |
Share 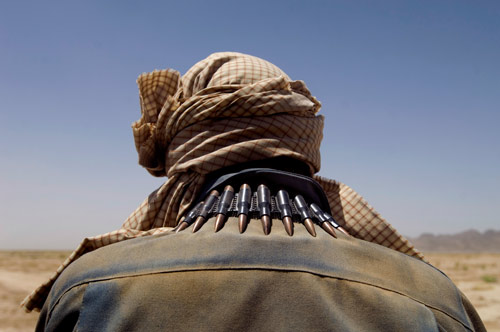 Honfleur Gallery presents award winning photographer Louie Palu's work, The Fighting Season, which was completed as several related studies of Kandahar and the surrounding region of Southern Afghanistan. October 2011 marks the tenth anniversary of the current conflict in Afghanistan and FotoweekDC is the perfect opportunity to showcase this timely work. The exhibit's opening reception and artist talk will open November 2nd at 6pm, a few days before the official start of this year's FotoweekDC. 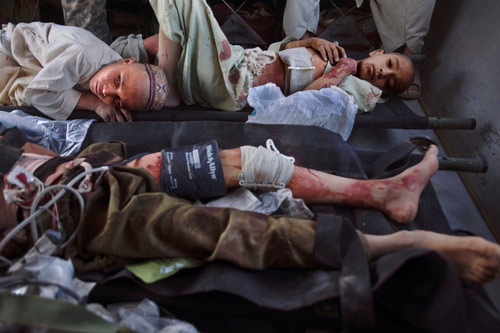 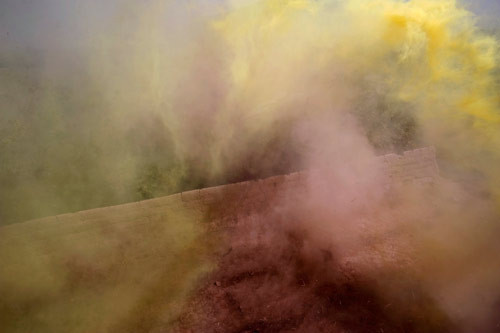 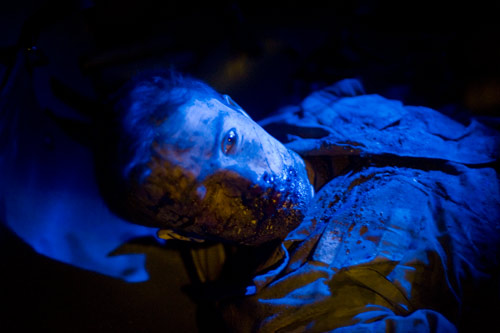 Many of Palu's photographs featured in this exhibition were taken in combat conditions. Palu worked independently of military units and also worked embedded while covering military operations where he spent extensive periods of time with the U.S. Army, U.S. Marines including Canadian and British combat units. In 2010 he flew on over 100 MEDEVAC missions to the front lines with the U.S. 101st Combat Aviation Brigade. - Honfleur

aCurator had the honour of meeting Louie Palu at FOTOfusion in January where we were each on panels talking about our work. At the time, we were in the only contiguous state that was without snow, which is a good reason to join us this coming January for the 17th annual FOTOfusion.
Exhibitions | Permalink |
Share 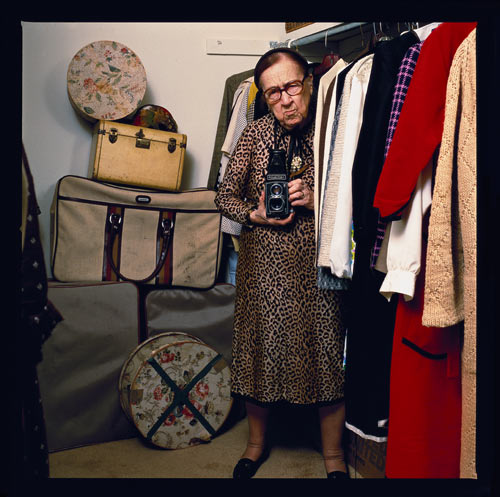 Louise Dahl-Wolfe, 1988 © Abe Frajndlich
aCurator proudly presents images from a brand-new book by an old friend and supporter, Abe Frajndlich; 'Penelope's Hungry Eyes: Portraits of the Master Photographers' just debuted at Frankfurt Book Fair. Here we touch briefly on the dozens of portraits that Abe has made across three decades. The book is not just packed with the greats but tells a tale of a young photographer, eyes opened by the unique gig of organizing Minor White's library in 1970, finding his place in history.
"The saga began in 1988 when Peter Howe, the picture editor at Life magazine at the time, asked me to photograph the 'Grandes Dames of Photography,' influential figures like Berenice Abbot, Barbara Morgan, Louise Dahl-Wolfe, and Ruth Bernhard. In the middle of the shootings I began to feel that Howe was exercising reverse sexism, by excluding the 'old boys,' and so he gave me a green light to photograph Aaron Siskind, Harry Callahan, Manuel Alvarez Bravo, Andreas Feininger, Alfred Eisenstaedt, and others; and I was on my way."
The book is in US stores as of November 1st, and on December 7th the New York Public Library will be host to a discussion between Abe; Henry Adams, author of the introductory text; and Duane Michals, one of the 101 photographers in the book.

Update: OUT NOW: Get yours
The title references Homer's 'Odyssey'