Norm Diamond: What Is Left Behind 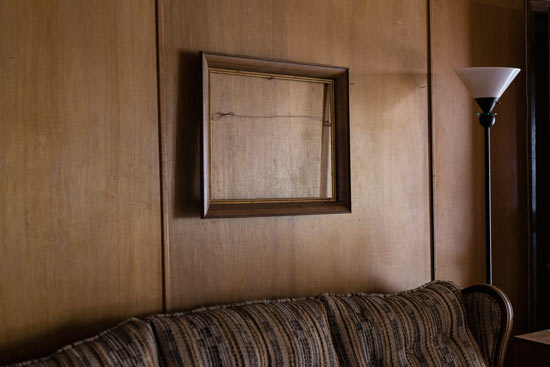 © Norm Diamond
Norm Diamond was among my reviewees at the wonderful Photolucida portfolio event in April, 2015. His wistful, and sometimes puzzling, photographs from "What's Left Behind" are made at estate sales.
"Estate sales are commonplace in America. They frequently take place in homes once lived in by the elderly, who have since died or moved on to a nursing home. Their children hire companies to catalog and sell their parents' possessions," saith he. 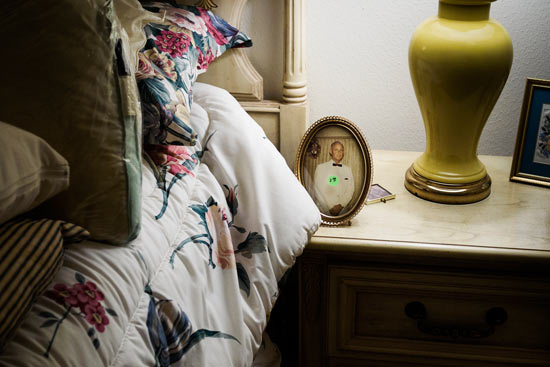 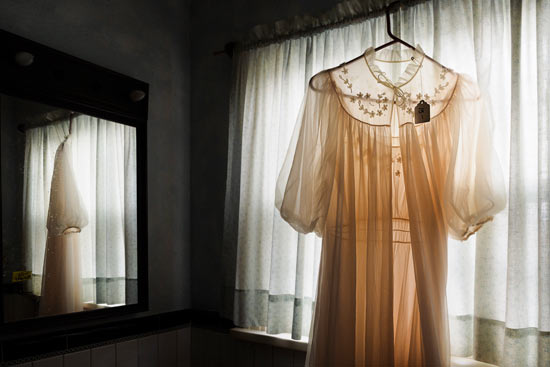 "After getting past the massive arrays of dishes, furniture, and jewelry, one can find poignant mementos of strangers' lives. Reminders of life's finite cycle are present everywhere. They make me think of my parents and the possessions they left for my sister and me.
"I take pictures during the sales themselves. At first I was self-conscious about shooting, but after a while I realized no one seems to mind. Shoppers and sellers are much more interested in buying and selling. I also sometimes purchase items at the sales and photograph them in another setting with better lighting and background." 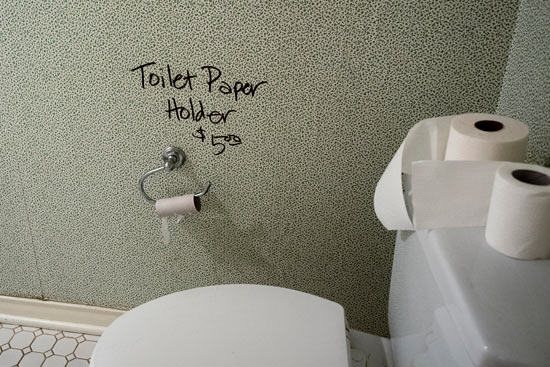 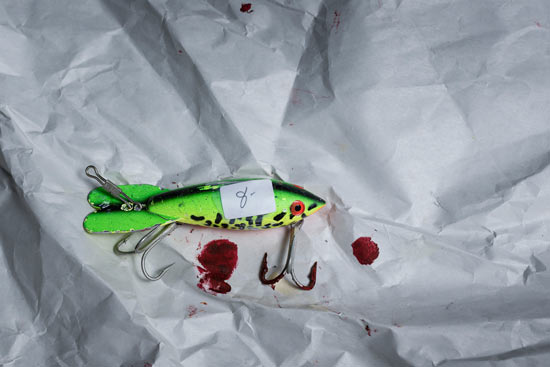 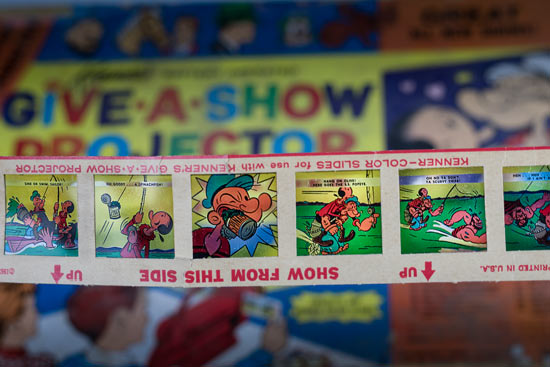 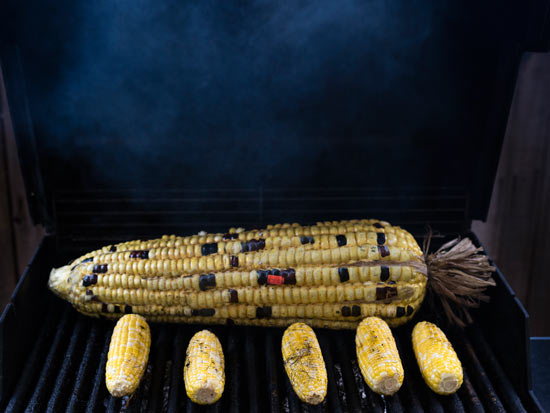 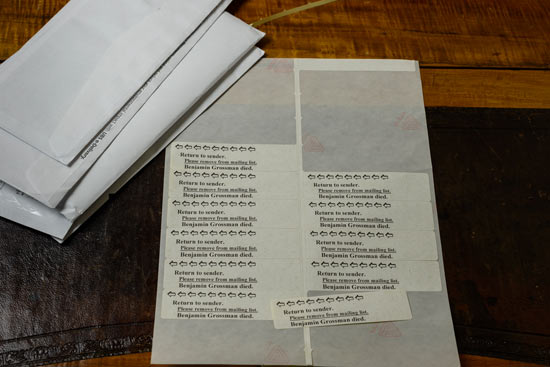 All images © Norm Diamond
Norm plans to continue with this series, and I think people will be fascinated, and relate to the photographs. Perhaps they may make a person reconsider how much stuff they are holding on to, and how whomever is left behind will have to cope.
Photographers | Permalink |
Share 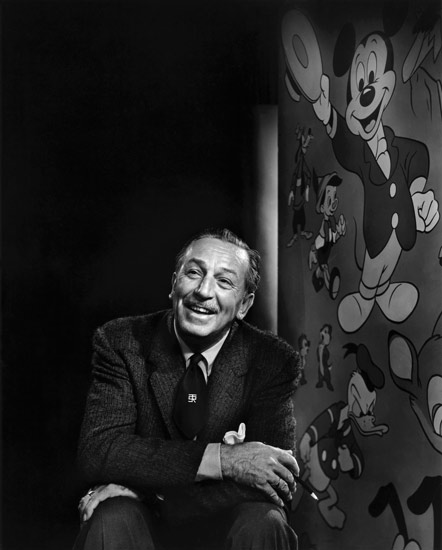 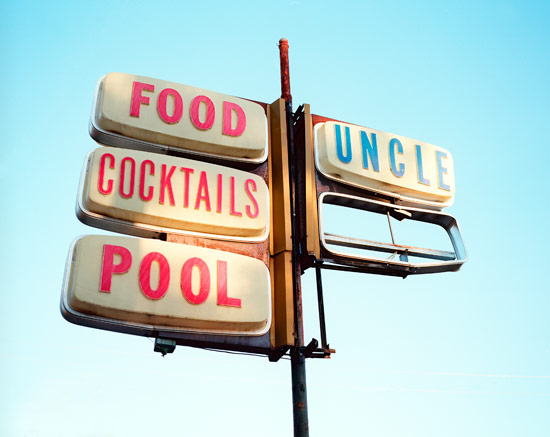 © Rob Hann
If you are a regular here at aCurator you will be familiar with Rob Hann's photographs. This is his sixth magazine feature!! Rob took off on his annual road trip out west earlier this year and I always love what he comes home with.
Happy summer to our northern-hemisphere-dwelling friends.
View the full screen magazine photo feature.
"I took my first road trip shooting in the American West in 2001. It felt like a faraway place, exotic and mysterious to a person living in London. I moved to New York City in 2003 and I hit the road with my camera whenever I can. I've come to realise that going to faraway places is an important part of my practice.
"I like to feel a little bit lost out there, to not know what I might come across as I head out at sunrise each morning. On my latest trip I concentrated on California, a place that still feels faraway, exotic and mysterious to a person living in New York City."
Read more about Rob Hann, and how he sells his work in New York, in a piece we did over at aPhotoEditor.
Click here to see all of Rob's previous aCurator features.
Magazine | Permalink |
Share 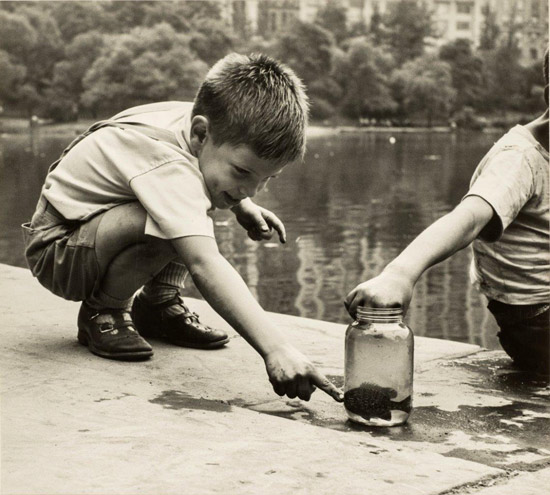 "New York" 1948, Esther Bubley
The National Museum of Women in the Arts (NMWA) presents Esther Bubley Up Front, opening September 4, 2015 and running through January 17, 2016. Drawn from a recent donation to NMWA's collection, this spotlight exhibition presents 27 prints by Esther Bubley (1921-1998).
"During America's golden age of photojournalism, Bubley cast her discerning eye over a broad range of subjects including beauty pageants, boarding houses, schools, clinics and kitchens. Her immersive working process and compassion for her subjects yielded deeply insightful images that also subtly critique American culture on the eve of the Cold War and Civil Rights movement." 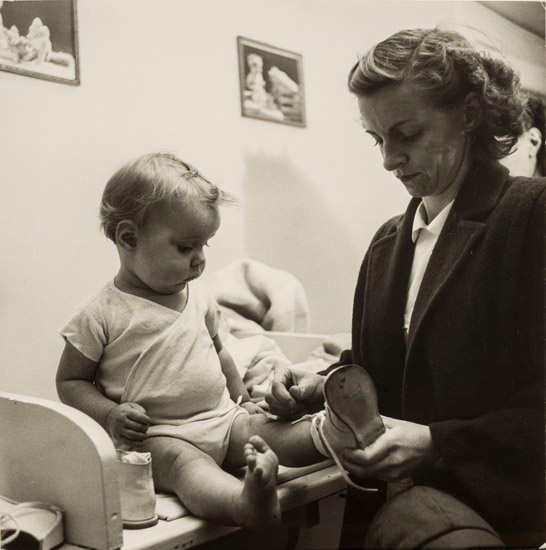 "At the well-baby clinic" 1953
Esther Bubley's archive is represented by her niece, Jean Bubley. We are both members of the American Photography Archive Group, an organization that includes many of the greats including Ruth Orkin, Arthur Rothstein, Philippe Halsman, and Fred W. McDarrah.
Jean Bubley will discuss the work of her aunt in a gallery talk at the Phillips Collection in Washington, DC, August 27, 2015.
"Born in Phillips, Wisconsin, Bubley developed a passion for photography while serving as her high school's yearbook editor. She set out for New York City in 1940 to become a professional photographer. After a brief stint at Vogue magazine, she moved to Washington, D.C., and worked as a darkroom assistant to Roy Stryker at the Office of War Information (OWI). With Stryker's encouragement, Bubley began photographing neighborhoods and activities around Washington, recording the effects of World War II on the community. One of few OWI photographers who worked primarily with 35 mm and other small handheld cameras, Bubley developed a dynamic point-and-shoot style that enabled her to photograph from unusual angles." 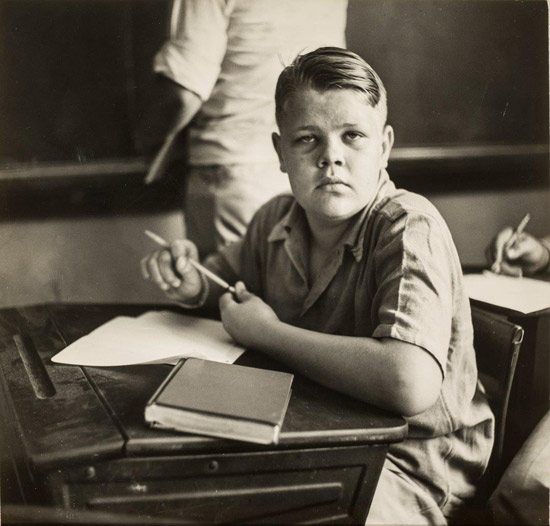 "High school, in a classroom" 1945
"During the 1930s, images created by Dorothea Lange, Margaret Bourke-White and others made clear to government agencies and commercial clients that women could excel as photographers." 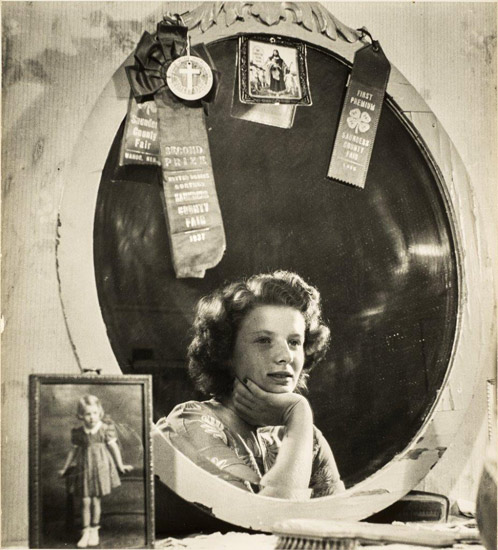 Untitled
"In 1943, Stryker promoted Bubley to the position of OWI field photographer. She contributed more than 2,000 images to the OWI file over the course of that year. In these early photo-essays, Bubley's ability to capture people in natural, unaffected poses is evident. She immersed herself in her assignments, touring on buses for weeks to document American bus travel and profiling a serviceman's family at home. When Roy Stryker left the OWI in late 1943 to establish a photographic library for the Standard Oil Company, Bubley followed, documenting the impact of the oil industry around the U.S. and beyond. One of her best-known assignments for Standard Oil depicted life in Tomball, Texas. Living in the town for six weeks, Bubley took more than 600 pictures documenting the town's commerce, industry, schools, churches and recreation. In her photographs, Tomball's citizens appear natural and unaffected, often unsmiling or not looking at the camera - a reflection of the artist's ability to work unnoticed." 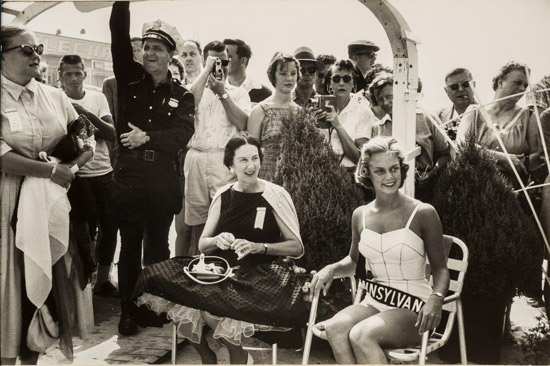 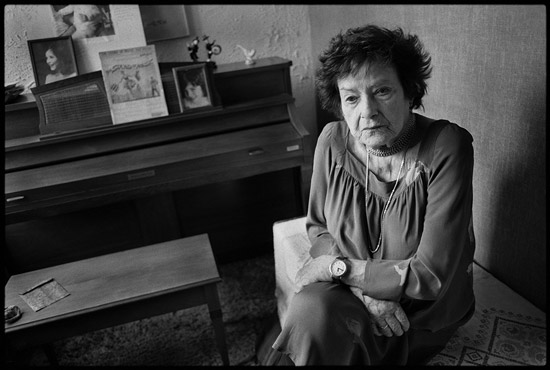 Monica Smith, New York, May 2015 © Marissa Roth
This portrait is the culmination, in photographs at least, of Marissa Roth's now 31-year-long journey.
"This portrait of Monica Smith, who is Anne Frank's second cousin, is the final portrait of my 31-year odyssey that is the global photo essay,"One Person Crying: Women and War."
"I had the opportunity to photograph and interview Mrs Smith one day before her 92nd birthday this past May, at home in Manhattan. It was a great honor and profound pleasure to meet her and to feel her indomitable spirit which continues to prevail in spite of the many emotional heartbreaks that she endured in her life.
"Monica Smith was born Dorothee Wurzburger in Stuttgart, Germany, on May 10, 1923. Her mother and Anne Frank's mother were first cousins, and Anne was six years younger than her. In 1938, when it became increasingly evident that the situation for Jews in Germany was dangerous, Mrs. Smith's parents put her on a Kindertransport to Holland where she was housed in an orphanage near Amsterdam.
"Anne and Otto Frank would come and visit her regularly and bring peanuts. "I didn't realize that she would become a saint. Maybe that's what was needed. Her fingers were always covered with ink".
"In 1940, Mrs. Smith was reunited with her parents and they went to England where they boarded the RMS Samaria for the transatlantic crossing that took them to New York and would save their lives."
Prints from "One Person Crying" make up a traveling exhibition. See news and updates over on the One Person Crying blogsite.
News | Permalink |
Share

Jordan Campbell: The Thorns We Walk Upon 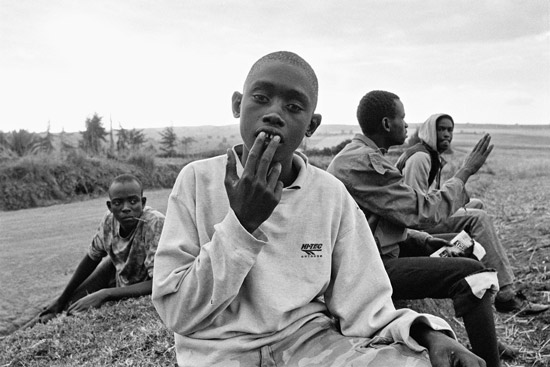 © Jordan Campbell
Jordan Campbell's series stood out among a few hundred entries to a competition I judged earlier this year. Jordan lives in Canada; in his bio you learn that "Before moving to Toronto, Jordan worked in the sail training industry for seven years and holds a Master 150 ton and a Chief Mate 500 ton ticket with Transport Canada." I frequently remind photographers to tell us something interesting about themselves that is not photography related because you never know when it will inspire someone to work with you.
Jordan's artist statement tells us all there is to know about his project:
"The Thorns We Walk Upon is a social documentary, which gives a glimpse into daily life at the Samburu Handicap Education and Rehabilitation Program (SHERP), an NGO in Maralal, Kenya. Grace Senia, a teacher in the local community, established SHERP in 2001. Since then, and in an effort to accommodate a variety of needs, SHERP has become a home, a community, an orphanage, and a dormitory for children with disabilities.
With help from the Samburu town council, county council, and the Japanese embassy, Grace managed to acquire a plot of land and build two dormitories in Maralal. Over the past thirteen years, various international donors have helped build SHERP's infrastructure, however despite the available facilities SHERP's needs continue to outweigh available resources. Water, food, staff, and full time management are never present in unison, creating a challenging and complicated environment for the kids."
View the full screen magazine photo feature.
"Each child at SHERP has his or her own unique story. Some are left at the front gate, while others come from supportive families, which see SHERP as an opportunity for their child to receive an education. To varying degrees both the semi-nomadic culture, and the traditional misunderstanding of disability in Samburu are a part of each child's story. Their lives have been marked by much pain. In spite of this kids at SHERP come together to lean on each other.
The Thorns We Walk Upon attempts to place individuals before their disability while speaking towards the questions and landscape they must navigate. Theirs is a path marked by layers of hostility. What is taken for granted by most, even in the arid hills of Samburu, are real and immediate concerns for kids with a disability. Their struggle for food and a sense of home, in many ways, is an odyssey for self worth.
Despite living at SHERP these glimpses were viewed as a guest. The Thorns We Walk Upon tries to acknowledge as much. This series reflects both an expression of the kids' lives and the challenges of working across difference and privilege."
Beautiful. Thanks Jordan!
View the full screen magazine photo feature.
Magazine | Permalink |
Share 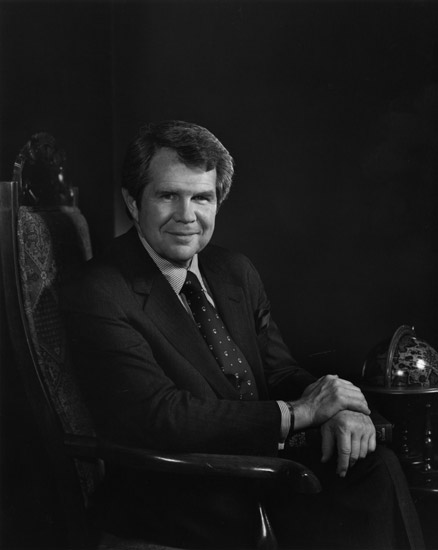 Pat Robertson, 1982, by Yousuf Karsh
Pat Robertson from the Karsh archives.
Marion Gordon "Pat" Robertson is an American media mogul, executive chairman, and a former Southern Baptist minister, who generally supports conservative Christian ideals.
"In late 1976, Robertson predicted that the end of the world was coming in October or November 1982. In a May 1980 broadcast of The 700 Club he stated, "I guarantee you by the end of 1982 (the year he was photographed by Karsh) there is going to be a judgment on the world.""
"In September 2011, Robertson and several others who incorrectly predicted various dates for the end of world were jointly awarded an Ig Nobel Prize for "teaching the world to be careful when making mathematical assumptions and calculations."
See also: Billy Graham. 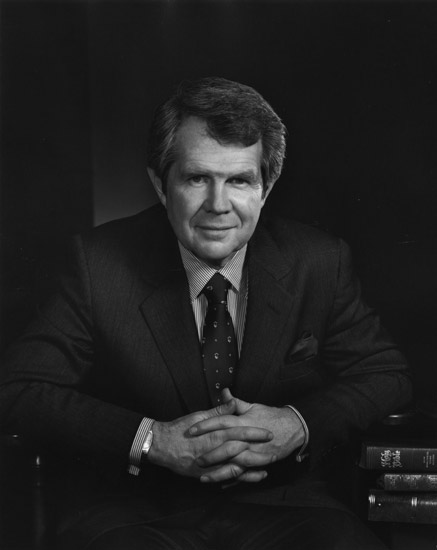 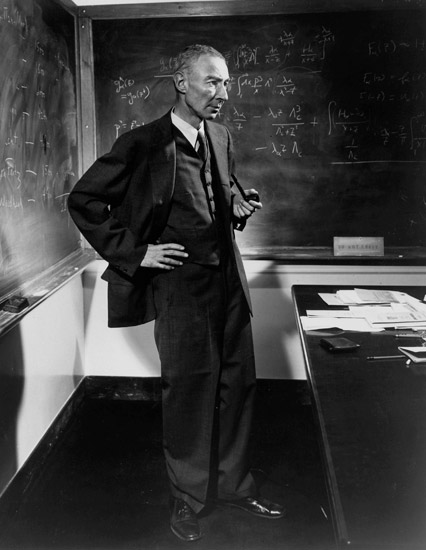 Robert Oppenheimer, 1956 by Yousuf Karsh
"Dr Oppenheimer greeted me warmly, in 1956, at the Institute for Advanced Study, Princeton... I detected in this famous scientist a certain brittleness and I thought that the record of deep suffering was written plainly on his face. After his experiences, this was hardly surprising."
Karsh | Permalink |
Share 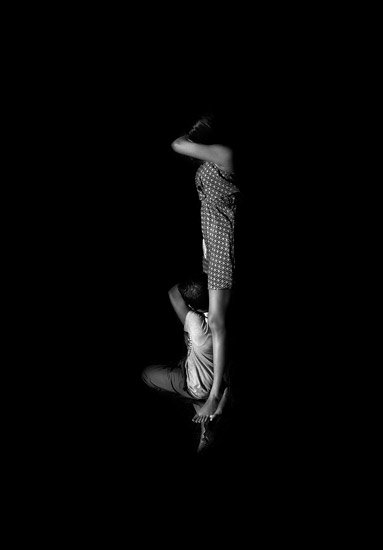 © Michael Massaia
Michael Massaia's Deep in a Dream portfolio continues to expand as he spins his sunbathers to create a new performance.
It is no secret that Michael Massaia is among my very best most favourite photographers. His capabilities are exceptional. He is compelling and bemusing. His images are spectacular online and his photographs simply glorious when printed, by himself, mixing his own chemicals, cutting his own paper, mastering new talents, blowing you away.
View the full screen photo feature.
See Michael's past features:
Deep in a Dream
Transmogrify
Saudade
Afterlife
Borrowed Time
Quiet Now
In the Final Throes
Magazine | Permalink |
Share 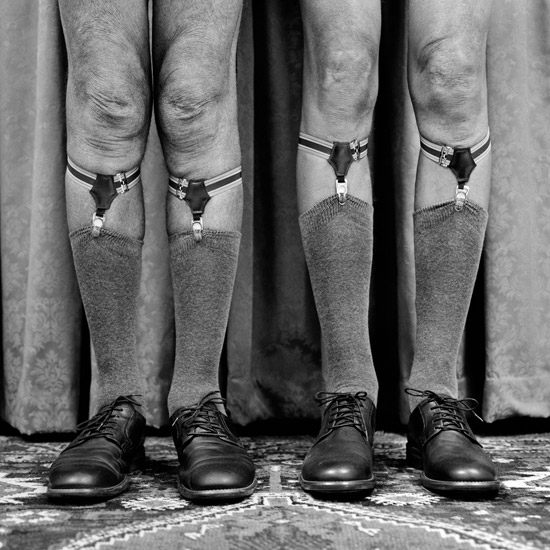 © John Paul Evans
British photographer John Paul Evans' bodies of work take a sideways look at traditional representations of marriage - "performative responses to the history of the wedding portrait in western art" - and feature himself and his husband, Peter.
You can see some of Evans' photographs right now, as part of the Pride Photo Awards at Foam Museum of Photography in Amsterdam, July 31st to August 20th, 2015. 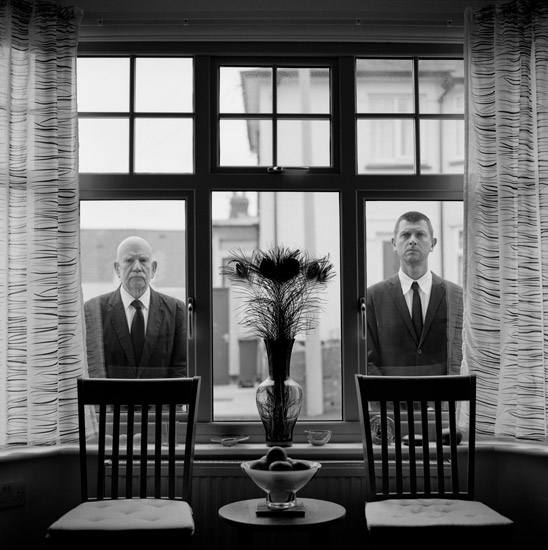 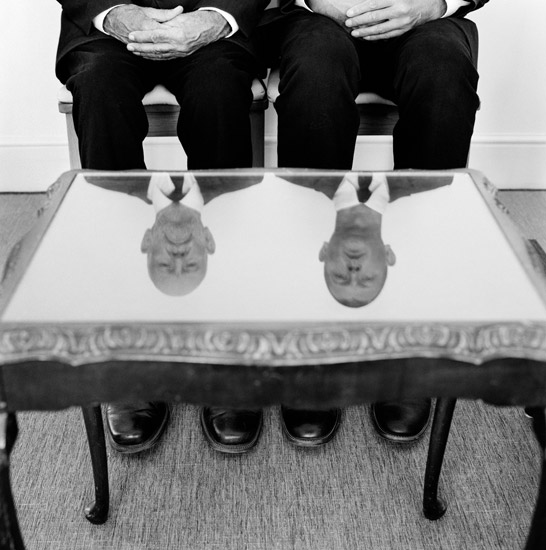 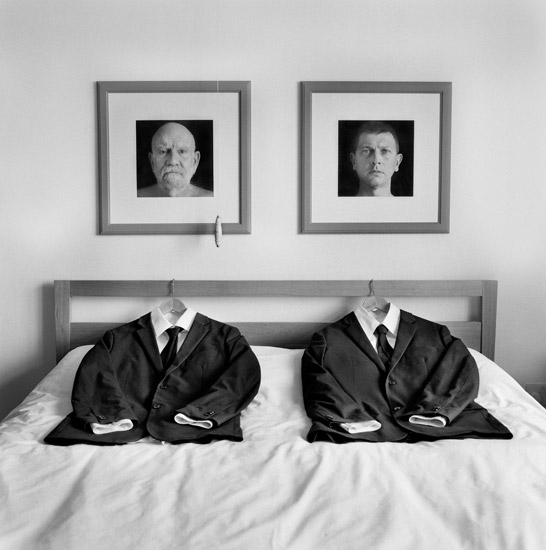 This image is a finalist in this year's Hasselblad Masters of Photography Award in the 'wedding' category. 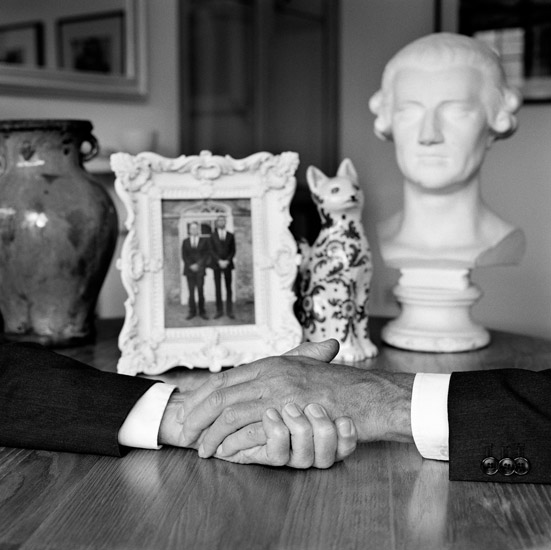 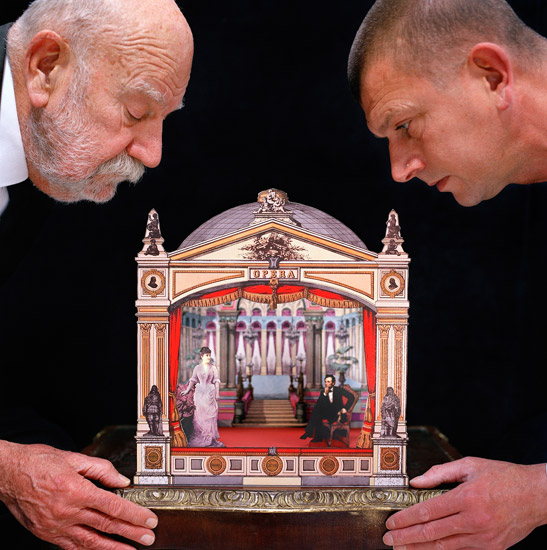 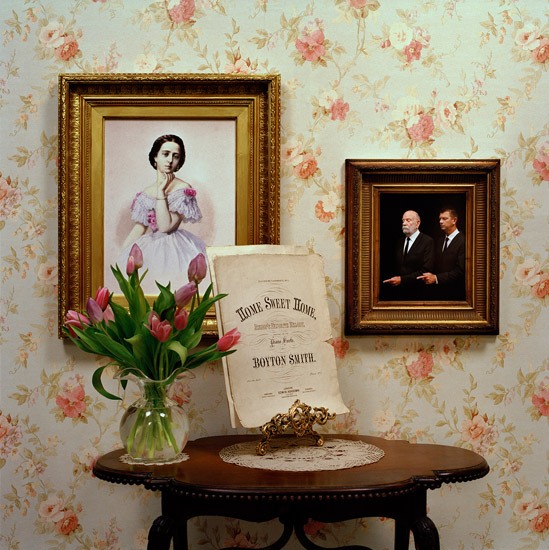 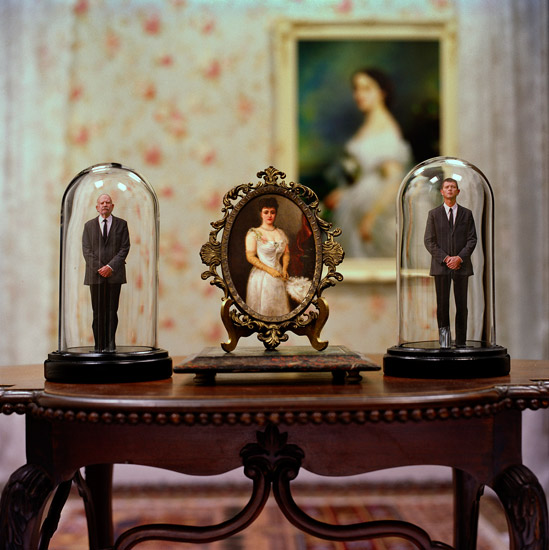 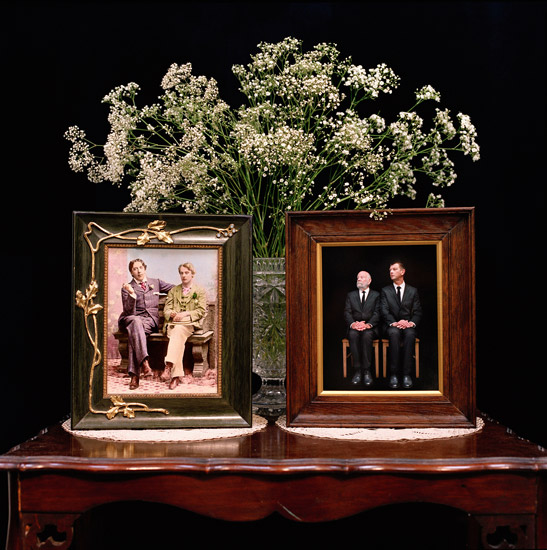