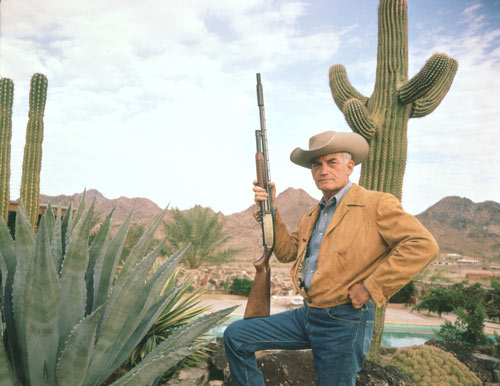 Senator Barry Goldwater, 1963 © Yousuf Karsh
Out of the corner of the eye I keep on Twitter I noticed my photo-network-pal Pete Brook mention Barry Goldwater. I followed his link through to The Photo Exchange and from there to the Barry Goldwater Photographs website; he was an avid and talented photographer, and all of Goldwater's four children spent time in his darkroom during their childhood.
The senator's estate published a book, "The Eyes of His Soul, The Visual Legacy of Barry M. Goldwater, Master Photographer (2003)" and on its web page Goldwater's son, Michael, writes "Famed photographer Yousuf Karsh, on assignment for Life Magazine, arrived at our home in Phoenix during the 1964 presidential campaign and spent three days surveying sites and checking the light without clicking the shutter once until the last day. The photographs were beautiful. Dad told me later that I had just learned an important lesson from a Master Photographer that he greatly admired."
Karsh | Permalink |
Share 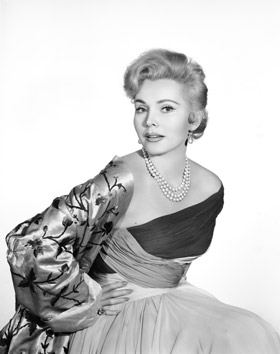 aCurator just wanted to post something glamorous after a strange weekend.

Gone With The Wind 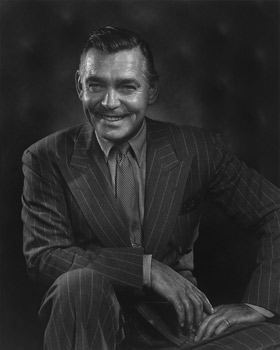 Here in New York we're battening down the hatches in advance of Hurricane Irene. I spent a while trying to think of a Karsh photograph to tie in and this is the best I could do! 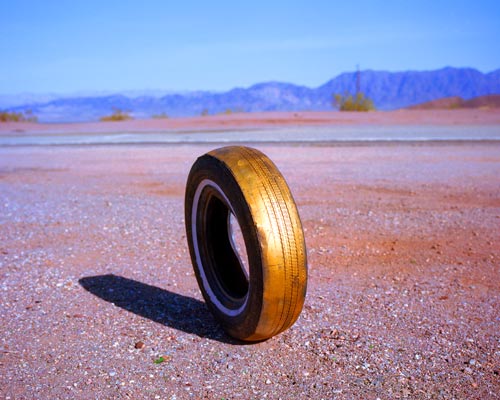 Artist Rob Hann is physically in New York much of the time. But I know deep down he's always on the road. I'm thrilled to present a summery selection of rich and gorgeous photographs from a trip earlier this year.

"While trying to decide where to go on my latest road trip I found myself singing Little Feat's 1971 song, Willin', one of my absolute favourites. There's a line in the song that goes "I've been from Tucson, to Tucumcari, Tehachapi to Tonopah" so that's what I did. I flew into Tucson, Arizona, got a rental car and headed off. In 2 weeks I drove 5,700 miles and took in 7 States. Curiously, I never took any pictures in Tucson or Tucumcari, Tehachapi or Tonopah." 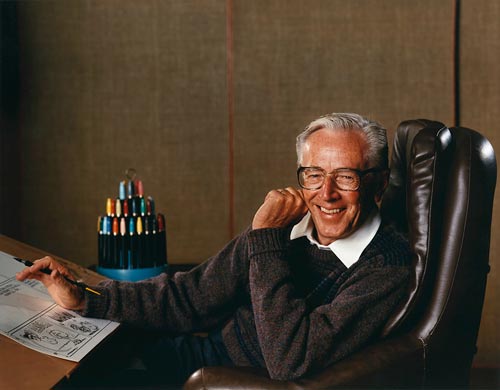 As much as Jim Henson and the Muppets were a major part of childhood, it's Peanuts for which I feel the most love. Snoopy and Woodstock featured heavily in my childhood and I often think about Snoopy's happy dance when I'm feeling like celebrating.

A portrait of Charles Schultz was donated by Mrs Karsh to the Smithsonian's National Portrait Gallery last year and is the Gallery's first image of the cartoonist. 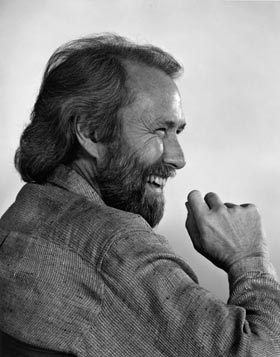 New York's Museum of the Moving Image is the current venue for 'Jim Henson's Fantastic World', a traveling exhibition by the Smithsonian Institution. "The exhibition spans Henson's entire career, with drawings, cartoons, and posters produced during his college years in the late 1950s and objects related to the inspired imaginary world of his popular 1982 fantasy film, The Dark Crystal. The exhibition features artifacts from Henson's best-known projects, The Muppet Show, The Muppet Movie and its sequels, Fraggle Rock, and Sesame Street, in addition to materials from Sam and Friends, an early show he created in the 1950s, and his pioneering television commercial work in the 1960s."
Miss Piggy, Kermit and Bert and Ernie are all there as well! Let's go! 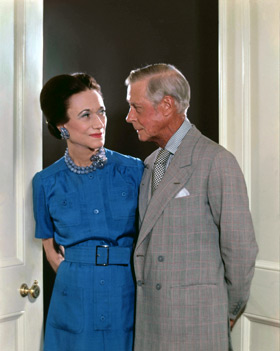 Listening to NPR this morning and they mentioned Edward and Mrs Simpson. A new TV program 'l Wallis Simpson: The Secret Letters' is set to broadcast next week in the UK. The Scotsman online ever-so eloquently writes "Wallis Simpson, the woman for whom Edward VIII abdicated the throne, may still have been in love with her husband, unseen letters have shown."

It's an excuse to re-post this image and story:

I got an inquiry from someone who was on their cell phone in a supermarket. I could have sworn he asked about pictures of Henry VIII. It took a while to work out he was talking about some guy who taught the Duke of Windsor to play golf. He hung up on me after accusing me of trying to hold his project hostage with my licensing fees. 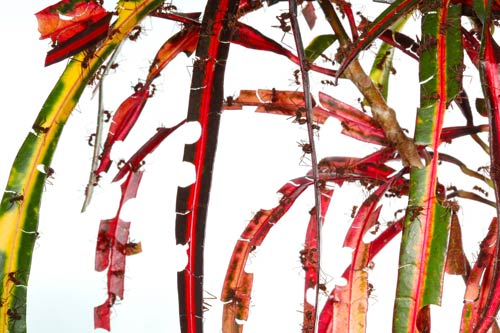 "I'm in Costa Rica working with the ants. And they're stars."

Catherine Chalmers' wonderful photographs of praying mantises have graced these pages. Keeping in touch, I was excited when I heard she'd be in Costa Rica working with leafcutter ants this year, and hence a series for the height of summer featuring my personal favourite bugs.

"Leafcutter ants are the principal herbivore in the tropical and semi-tropical regions where they live. They do not clear cut rainforests quite like we do, but they can strip a tree in a single night, and repeat this night after night. At a time in history when humans are causing deforestation at an alarming rate, this insect provides rich and relevant opportunities for illuminating man's impact on the environment.

Throughout history, dominance begets hubris, the language of which humans have used to heighten divisions and impress superiority across tribes, cultures and nations. The leafcutter ant project borrows that language and uses it as a metaphor for the relationship between humans and the natural world today."

It's easy to become enthralled with Catherine as she masterfully reflects humans' fascination  and relationships with creepy crawlies back on us and relates their behaviour to ours. It's hard to do this new ongoing project justice here, so I must encourage you to follow the links and learn more.

Ant Works preview: "Usually leafcutter ants cut green leaves high up in the forest canopy. In order to film the 'Ant Works' video, the heart of which is a stop-motion sequence of the colony completely denuding a tree, I need to find a plant the ants were willing to take that was also on my scale. I offered them more than a dozen plants they are known to like and they refused them all, except this one. The aesthetics of the video were framed by their choice of a plant that happened to resemble a Jackson Pollock painting. The final scene is an art show of the ants parading their works."

Excellent interview with Catherine about the Leafcutters project at Scientific American.

I highly recommend these radio interviews from Catherine's archives. 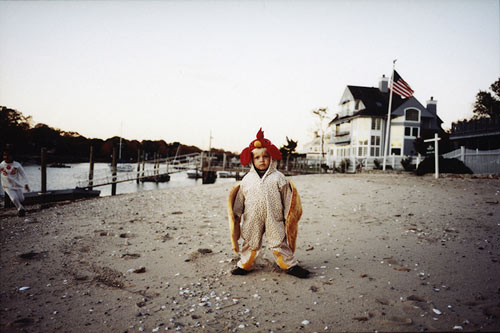 Anna Moller is a New York-based photographer whose images are here to cheer me up after a long week, reminding me how difficult muted simplicity is to achieve. Happy Friday! 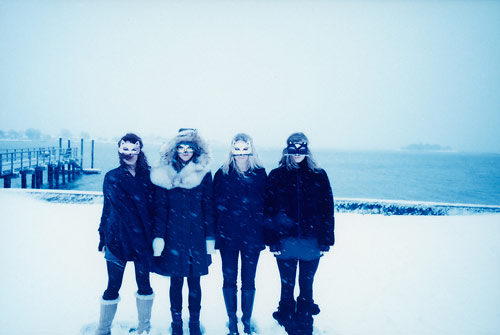 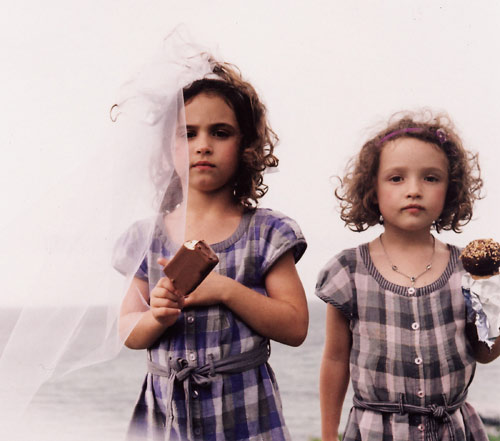 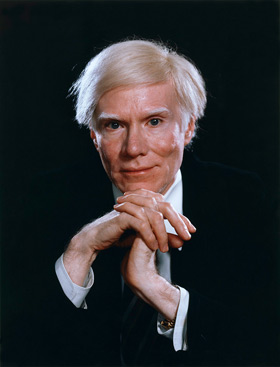 There's always one or other of us Karsh folks with our hands in a box looking for something fabulous. Our supreme scanmaster is in his secret location somewhere in the wilds of Canada pulling colour images and digitizing them for our ever-expanding non-analog archives.