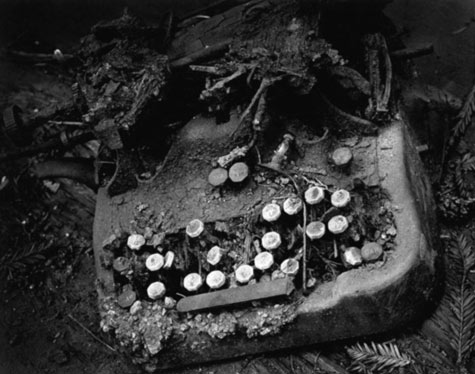 The family of Wynn Bullock announces a new website dedicated to the great man with work spanning four decades, and a traveling exhibition 'Wynn Bullock's Color Light Abstractions' is on now through June 26th at the Center for Photographic Art in Carmel, CA.

aCurator is Site of the Month

Accolades! Thank you again bigflannel for your custom web work - Slideshow Pro just named aCurator one of their sites of the month.
Awards | Permalink |
Share 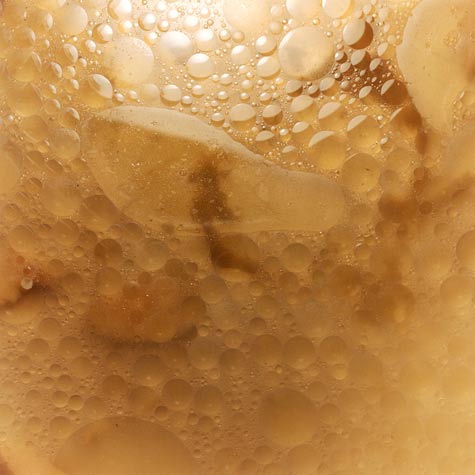 "Like many others today, I see food as a complicated comfort. This aspect of being attracted and repelled carries through in much of my work. I think it is part of looking at things as they are. Often my photographs delve into abstraction but the real, sometimes unsightly, aspects of life are still present; there is the bit of animal tissue floating in the soup.

The people in Tolstoy's novels have the possibility for both good and evil and this makes one believe in the truthfulness of the writing, to believe that something real from life has been crafted in to the novel. I hope that the same is true in my photographs, that I have allowed the subject to bring with it those aspects from life that might not seem to fit with the estheticized object, so that through discord an authentic view of life is captured."

There are more great series on Mary's website - check out 'Oral' and 'Sleep'.

Parisi has a solo show of food and soup at the Griffin Museum in Boston, through June 20th, 2010.

Out Magazine Picks Up 'Queer Kids' 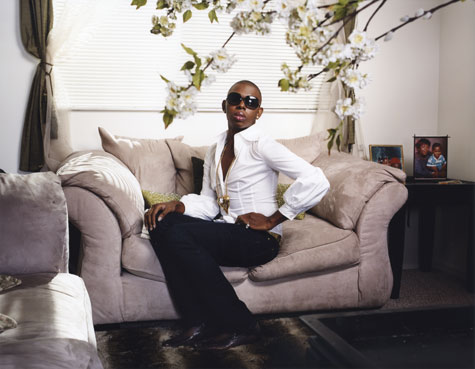 After Out Magazine saw M. Sharkey's feature 'Queer Kids' published in aCurator magazine, Sharkey got a call asking if they too could publish the images. Then I got a call from the Big Issue, London's magazine that supports the homeless, asking the same thing. He told me yesterday over a delicious home-made lunch that the Advocate also picked it up. And then he told me to pick out a print! (I chose the fabulous Brandon) Thank you dear!

The 'Queer Kids' project is a work-in-progress. For information about supporting its continuation contact the photographer via his website.

Thanks to Rob Haggart again, this time for his post on the Museum of Bad Art ("Art too bad to be ignored"). This video of Louise Reilly Sacco, Permanent Acting Interim Executive Director, is brilliantly entertaining.

After all, without bad art, there wouldn't be any good art.
| Permalink |
Share 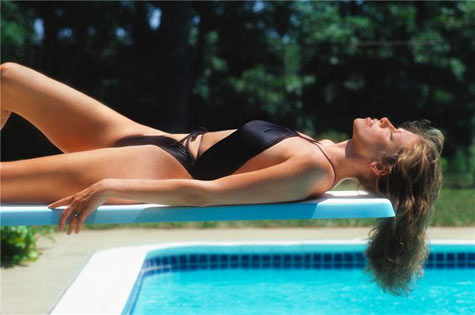 Lynn Goldsmith has been a constant in my life for almost 20 years: a massively prolific, legendary photographer, she's pals with my business partner Michael Putland and was running her photo agency in New York while I ran Retna, until she did the prescient thing and got out of that industry in the late 90s. We haven't laid eyes on each other since we don't know when, so imagine my surprise to look up from a reviewing table this week to see her beaming face. Splitting her time between Colorado and New York, Lynn is working on a book of her self-portrait series 'Looking Glass'.

In honor of the official start of summer here in New York, here's Carly Simon at Martha's Vineyard, 1981.

Opening June 3rd is a group show curated by Jeffrey Walkowiak at La Mama La Galleria in New York's East Village.'To Believe' asks questions regarding the turn to faith many people experience during times of uncertainty, death and disease. Walkowiak cites an article in the NY Times stating that when the economy began to plummet, psychics and clairvoyants experienced an increase in business. The show includes Bede Murphy's work with the fascinating Unarians and a host of other multimedia artists exploring the metaphysical.

The show benefits the organization Visual AIDS which "utilizes art to fight AIDS by provoking dialogue, supporting HIV+ artists, and preserving a legacy, because AIDS is not over." 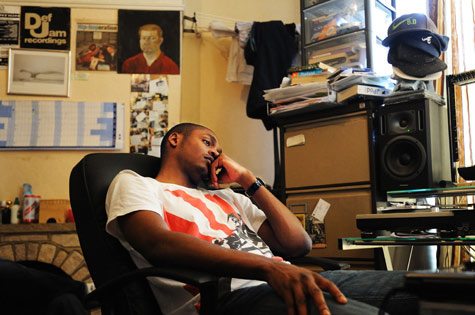 Max Colson is a London-based "digital photographer with an eye on photojournalism". He submitted some work and we began an email exchange about his use of stills within video, his attitudes towards documentary photography, the weather (we are both British after all!) and since he had submitted an eloquent artist statement, we decided he should tell his story.

"I began making serious attempts at documentary photo projects at the tail end of 2008, so it's safe to say that I am an incredibly young photographer. Over 2009 I gained more experience documenting not only the participants of the UK's full contact fighting scene, but also the rappers involved in London's underground rap scene [in two separate projects]; by the end of the year I felt that I taken my two projects as far as they could go. I was completely wrong.

Although I was not quite conscious of it at the time, my aim was largely to go in and take 'great pictures' in quite a show and tell fashion. More than anything else, I took photos in order for people to understand that I was a photographer, and that I had the so-called 'eye'. Looking back on these photos now I can see that perhaps it was my personal quest for the dramatic which was often the overriding factor in my work.

I think the reasons behind why people take documentary photographs is an incredibly important area in photojournalism today. I speculate that the influence of commerce conflicts with representing things as they really are and I think that the demands of commercial news creates a tension in any profession which has appointed itself as a recorder of history. I am currently producing a video which deals with this topic, and uses my images."

For more on Max, visit his website. I learned something new on his blog. 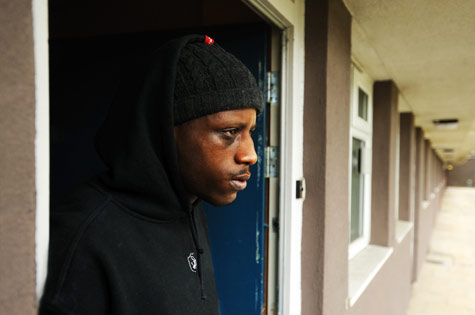 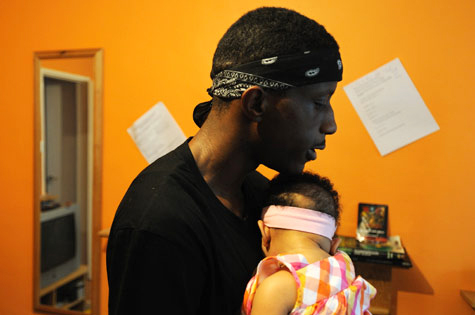 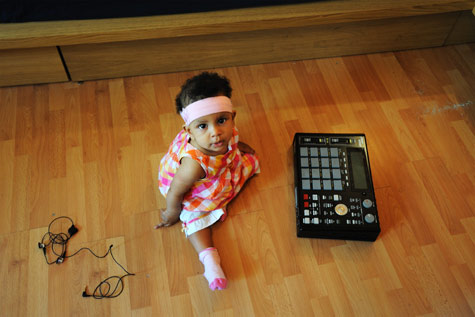 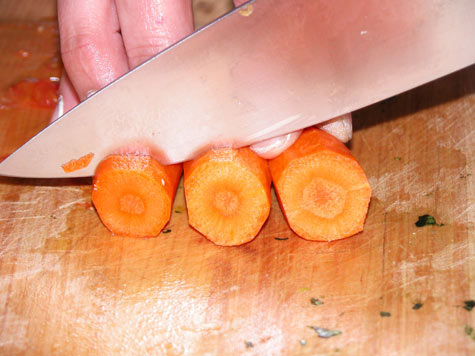 In one order or another, I saw Jaimie Warren's monograph (published by Tim Barber's Tiny Vices and available from Aperture) and a wonderful wall of small prints with Higher Pictures at the Association of International Photography Art Dealers show in New York, and she stuck firmly in my head. Perhaps there's just not been enough joy in the photography I've seen in recent years, so I am delighted to present a sampling of her self-portraits and humorous observations.

Jaimie Warren is a curator, performance artist, photographer, and co-founder of a non-profit community arts program and faux public access television show called 'Whoop Dee Doo'. With a website titled 'Don't You Feel Better' you know you've been set up for a good time. 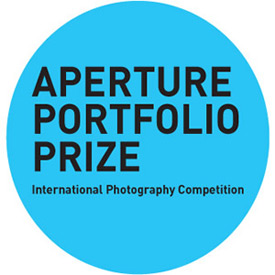 The purpose of the Aperture Portfolio Prize is to identify trends in contemporary photography and specific artists whom we can help by bringing them to a wider audience. In choosing the first-prize winner and runners-up, we are looking for work that is fresh and that hasn't been widely seen in major publications or exhibition venues.

First prize is $5,000. The first-prize winner and runners-up are featured in Aperture's website for approximately one year. Winners are also announced in the foundation's e-newsletter, which reaches thousands of subscribers in the photography community.