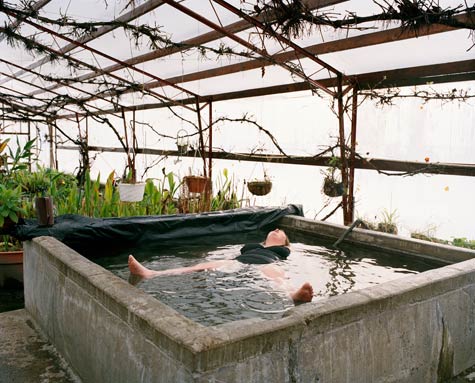 aCurator is pleased to begin a new year with an artist whose work I have admired for some time.

Jen Davis' photographs have been widely exhibited since she graduated with her BA in 2002 (she subsequently gained an MFA in Photography from Yale University School of Art in 2008), and I have seen them in many, varied locations, most recently as part of FlakPhoto's 100 Portraits series. Brian Clamp introduced me to her photographs some time ago. It wasn't until I met her at Aperture's Snap! Benefit* in November, that I worked up courage to press her about a feature. She kindly pulled the images together during the holidays and here we are. Thanks to mutual friend, photographer Adam Krause, for endorsing me. 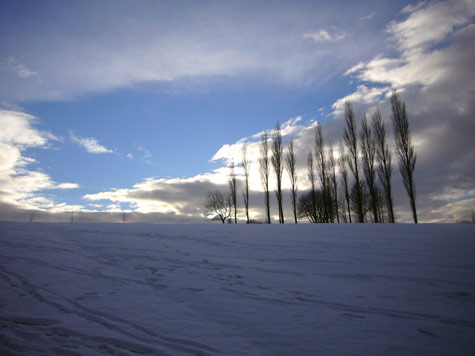 Thanks to my contributors for their work and to my readers for their support in aCurator's first year. Here's to many more fabulous features in 2011.

Please keep your submissions coming and encourage your mates to subscribe to the weekly newsletter.

Where I go for the holidays © aCurator
| Permalink |
Share

Urszula Tarasiewicz is a graduate of the Polish National Film School. She says she occupies her time with "large format prints, making modern photo murals with minimalistic landscapes, pictures for interior decoration and film, theater and television scenography." She's currently working 14 hours a day on a movie set.

Her latest body of personal work is 'New Urban Legends', a project featuring local children dressing up as heroes and villains from their neighborhood. Here we present a selection from 'Firemen'.

Urszula shoots on a Hassleblad, on film.

Check out some of Urszula's books.
Magazine | Permalink |
Share

Jo Ann Santangelo's feature has been really popular and prompted a lot of positive feedback. Matt Freeman sent over details of his 'Dog Tag Project'.

"The idea for the project came to (me) shortly after my husband and I attended the Equality March in Washington, D.C. in October, 2009. The most moving moment of the entire weekend was a cadence run we participated in, led by Lt. Dan Choi. As I ran through the mall (alongside Dan, other active servicemembers, those discharged under the policy as well as other civilians) past all the war memorials, the Washington Monument, and the Lincoln Memorial, I was struck by the irony that here were a group of people - patriots all - who were fighting for our freedoms, but the very institutions they are fighting for refuse to protect theirs.

If you're interested in participating, donate $25 and receive your own set of Dog Tags with "REPEAL DADT" on one, and information about a military servicemember discharged under DADT or presently fighting discharge on the other.  The dog tags also come with a short bio about the servicemember."
News | Permalink |
Share 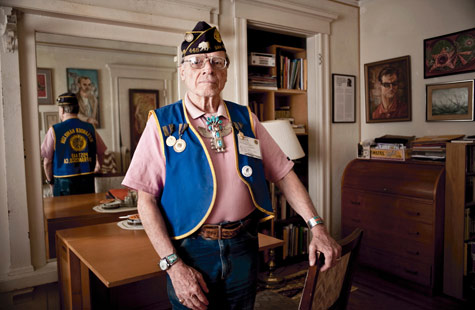 As of today, December 13th, 2010, a repeal of the heinous 'Don't Ask, Don't Tell' act looks to be beyond hope. The act prohibits any homosexual or bisexual person from disclosing his or her sexual orientation or from speaking about any homosexual relationships while serving in the United States armed forces. Any person supporting this inhuman, impractical and absurd effort, rooted in religion, makes me about as mad as anything. I am humbled to publish a selection from Jo Ann's series 'Proud to Serve'.

'Proud to Serve' is a portrait project featuring Lesbian, Gay, Bisexual and Transgender (LGBT) American service members who served their country in silence or were discharged under the current law, 'Don't Ask, Don't Tell'.

There are roughly 65,000 gay service members currently serving in the armed forces. Since 1994, nearly 14,000 service members have been discharged for being gay. There are more than one million gay veterans.

Documentary photographer Jo Ann Santangelo is putting a human face on the statistics of 'Don't Ask, Don't Tell'. Over the last two years she has visited the homes and documented the stories of these men and women. More than half of the portraits featured in 'Proud to Serve' took place on Jo Ann's recent, twenty-eight day, 10,167-mile road trip around the United States. All images are available in a self-published eighty-two page, full-color, limited edition photography book.

'Proud to Serve' is currently on exhibit at The LGBT Center 208 West 13th Street, NYC. 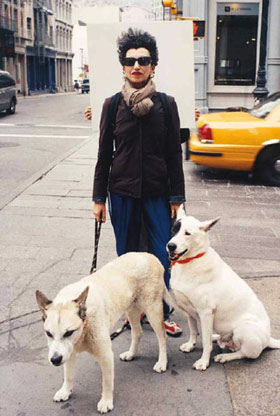 I had the pleasure of meeting Michael Itkoff this week. Stella Kramer is organizing a panel discussion for the upcoming FotoFusion event in West Palm Beach this coming January and we are both on it.

Michael is the founding editor of Daylight Magazine, and he's also a fabulous, well-published and -exhibited photographer in his own right. In 2008 he published his monograph 'Street Portraits' with the Milan-based art book company Charta.

"Michael has traveled the world since 2002 taking portraits of everyday people in the street. In Itkoff's photographs a makeshift backdrop is held behind each of his subjects... This technique, normally reserved for celebrity and commercial portraiture, creates a striking aesthetic isolating the subjects from their urban contexts and allowing them to exist in a shared visual space as part of the same extended family." 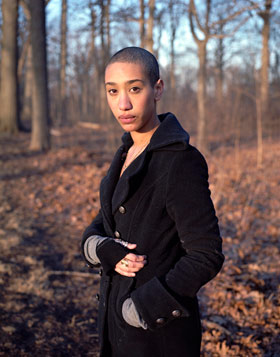 Rob Hann's been working on a lovely project for the last year or so and has just published a Blurb book entitled 'The Child Gone'. The story is of "16 year old Seta and her friends in and around the town of Montclair, New Jersey. Seta added her own artwork and poetry to the project. The result is an extended portrait of Seta - part portrait, part self-portrait." - Rob Hann

I truly admire Seta for being able to express herself like this and being a pretty cool artist already, and Rob of course for engaging with these teenagers and giving us a glimpse of what losing one's childhood looks like these days. 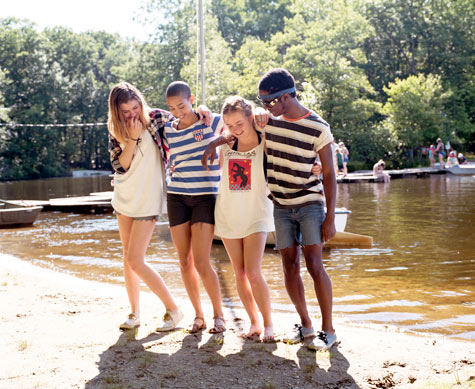 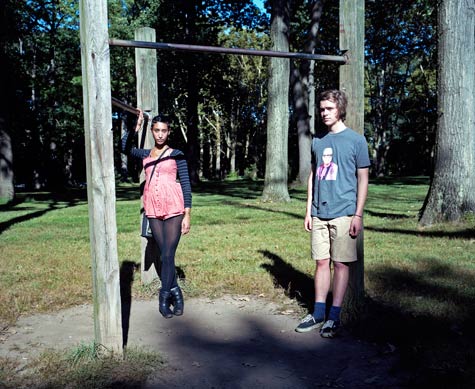 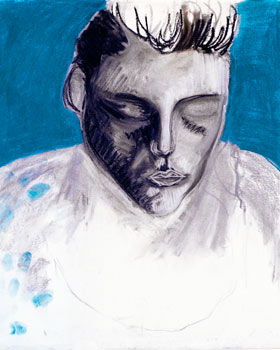 Robert Herman is a true New Yorker with a body of photographs to prove it. The many images he's made for his upcoming book "The New Yorkers" are a great insight into the past 20+ years of culture, fashion and the changing environment in the metropolis. But Robert went to South Africa recently and I was interested to see how he'd report back.
"This was my first visit to South Africa and I fell in love with the country and its people, feeling welcomed and very much at home.  The 'revolution' is still fresh here and going on a road trip through the southern Cape inspired me. The people have not become cynical as of yet, but it is a complex land with many obstacles to overcome. Although it is a country with abundant natural resources, the wealth is in very few people's hands. The tension of economics and race is something that I find extremely compelling to try and capture. I find many parallels to America's past and present in South Africa. Empathizing with all sides, I look forward to witnessing, on a return trip, their continuing attempt to make a fair and unified country from the promise that was the end of Apartheid." - Robert Herman, December 2010
View the full screen magazine photo feature
© Robert Herman
Magazine | Permalink |
Share

Great news from our world-conquering pals at Redux.

"Redux Pictures is excited to announce an exclusive syndication agreement between the agency and NPR. 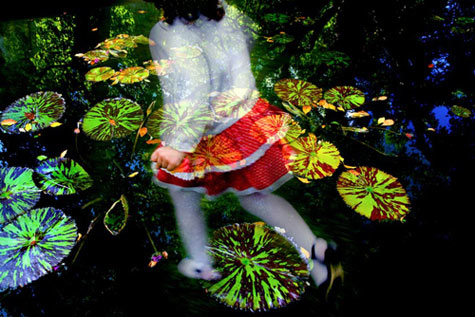 Over the last year Melissa has shown me her portfolio of spellbinding images from two series, 'Behind the Glass Curtain' and 'Somewhere Between Sleep and the Clouds'. I've watched the progression and development, and relished her enjoyment of and enthusiasm for her personal work. During a portfolio review recently, we discussed 'lucid dreaming', a talent some people have for taking control of their dreams whilst in them, which could be great fun.

From 'Somewhere Between Sleep and the Clouds':

"Inspired by the mythical worlds in films and fairy tales, the photo montages in this series evoke our timeless penchant for escapism by using imagination and whimsy as a counter point to the banality and stresses of the modern condition. Through these interwoven images, I attempt to create a surreal and illusory world of boundless possibilities and unbridled creativity."

Every image within each montage is created by Melissa. 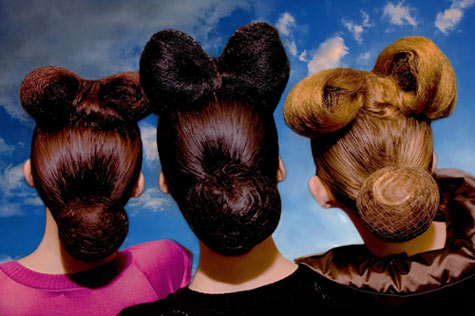