Head of Medusa, after Rubens

These two artists have been working with museums for many years, gaining access to storage facilities, working with the curators to find paintings (mostly 19th century female portraiture), documenting them, and Laura Spector subsequently recreating them on Chadwick Gray's body. The painting process takes between 6 and 18 hours, is then photographed and printed up to the size of the original art work, sometimes a large mural.

Employing the illusion of multistable perception the final photograph often keeps your eye wandering around and around the frame.

"The recreated paintings of these historic portraits recapture the subjects in their own moment in history. The resulting photographs reveal a unification of art combining antiquity, history and technology in a contemporary context."

Most museums seem to not want people viewing their hidden treasures. Then there's examples such as New York's Metropolitan Museum who claim they don't have a storage facility. Now, as Chadwick says, somewhat ironically they themselves have a body of work that hasn't been seen by the public. So the two award-winning artists are putting together an exhibition which will be shown initially at the Pratt MWP Arts Institute in Utica, NY and it is for this they are looking for crowd-funding to produce and frame the works. Information is available over at Kickstarter. Incidentally, Chadwick & Spector are offering one of my favorite rewards: for a pledge at a certain level, wine and cheese via Skype!

There's a TEDx lecture that's fun to watch, which includes a time-lapse video of a 15 hour painting, compressed to 45 seconds. 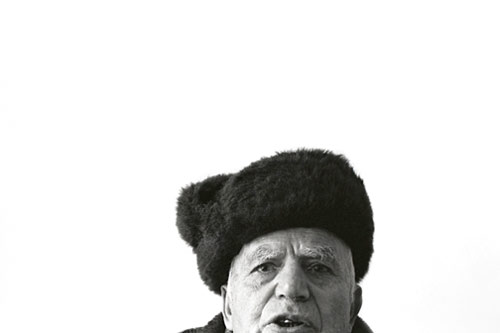 Opening today at B. Hollyman Gallery, Austin, Texas, with a reception on the 6th, and a talk on the 13th, is Loli Kantor's 'And If A Voice Was Heard'.

"Loli Kantor reminds us of the power of the photograph; the life it breathes, the destruction it stills. In her solo exhibition, 'And If A Voice Was Heard', Kantor shows us a collection of images anchored in history, loss and survival. Balanced by a personal exploration of her own roots, Kantor documents the complexities and remnants of Jewish life in Eastern Europe after the Holocaust and a tumultuous century of the rise and fall of the Soviet era.

In 2004, Kantor traveled to Krakow, Poland to participate in a reclamation project in Plaszow, a former Nazi labor camp. It was here she began researching the whereabouts of her immediate family, many of whom had perished during the Holocaust. What ensued was a journey into Eastern Europe's narrative of destruction, death, absence and grief, revealed to her along the many trips she took to Czech Republic, Poland and Ukraine over the next three years. Using a variety of camera formats, the works were created in black and white and printed in gelatin silver. They are a poignant archive of survivors, empty synagogues, dilapidated monuments, and the faces, hands and homes of a generation old and new. Within a body of work so resonant with memory and what once was, Kantor also asks us to imagine what is to come." 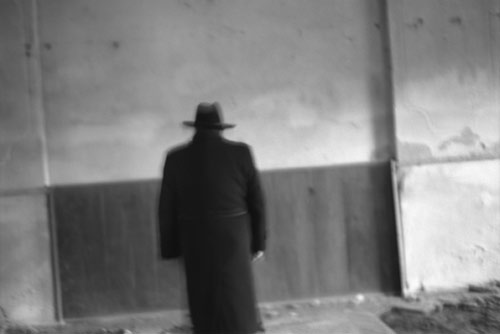 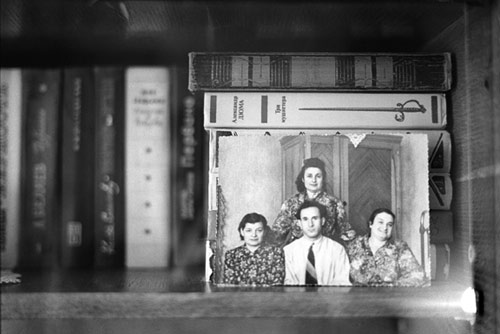 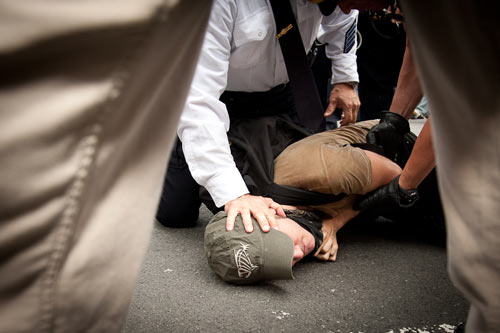 After in the region of 700 arrests in New York City this weekend, most of us are now familiar with the Occupy Wall Street movement. Local photographer Adrian Kinloch was one of few recording the march who made it on to the Brooklyn Bridge and back without being detained. 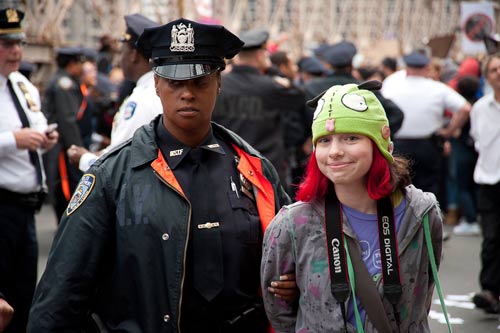 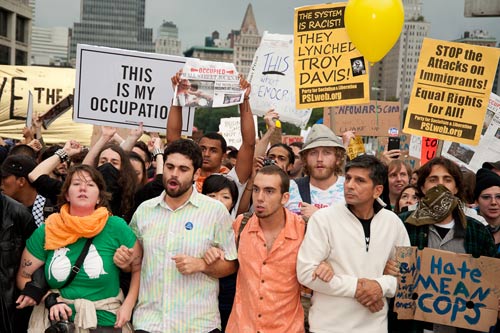 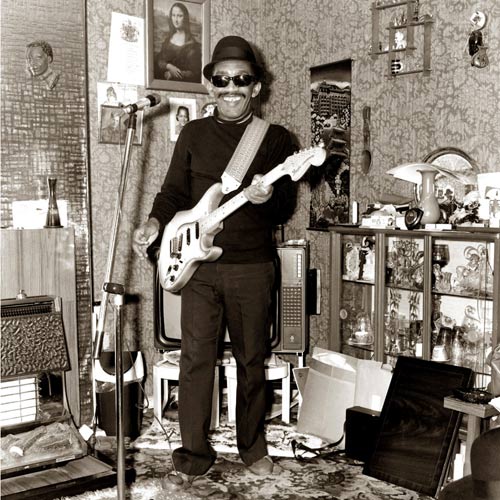 Laurel Aitken, aka The Godfather of Ska, at home, Leicester, 1980 © Janette Beckman
I have known Janette Beckman since the early 90s when I had the pleasure of being invited for a good rummage in her basement to unearth her colour trannies from the 1980s, which were then duped for resale at my agency. Over the years I've been amazed by the number of times I've said "JB shot that??" as I read the credits on an album cover or picked up an old copy of the Face.
For her second aCurator feature, Janette wanted us to focus on Style. She generously scanned a selection from her negative archives, some frames of which have never been published before.
"In 1979 I was living in South London, working for a weekly music magazine. Taking the bus to work through Brixton I would see the local youths, West Indian-style suits, narrow highwater trousers and trilby hats, hanging out by the underground station. At night I would shoot bands like The Specials, Dennis Brown and The Clash. Black culture had a big influence on the punk and skinhead scenes. British youth loved Soul, Rhythm & Blues, Reggae and Ska and combined the dress styles of the musicians with their Dr Marten boots, braces, Harrington jackets and loafers. For British working class youth trying to find an identity, clothes, fashion and music went hand in hand."
After much harassment by those who know what gems she's sitting on, Janette finally caved in and became a blogger this year. Visit "Archive of Attitude" for a peek at her shots from the past three decades which she posts alongside her current work.

NYCFotoworks, November 1-3, is your chance to meet one-on-one with the cream of editors, art buyers, gallerists and agents. In June 2011, NYCFotoWorks hosted the Emerge Portfolio Review that brought more than 180 professional photographers together from all over the world to meet with 150 of the industry's top professionals.

"NYCFotoWorks was a huge success! After five meetings on the first day, my career took a complete change. Just imagine how long it would have taken me to arrange the meetings with all these significant reviewers. Impossible!"  Martin Dyrlov, Photographer, Denmark

"NYCFotoworks has been two of the most important days of my photography career." Jeffery Tse, Photographer, Los Angeles

Use discount code JGFoto and get 5% off your review package. Don't delay, all artists are pre-screened and spots are selling out - you'll be choosing your appointments starting October 10th.
News | Permalink |
Share 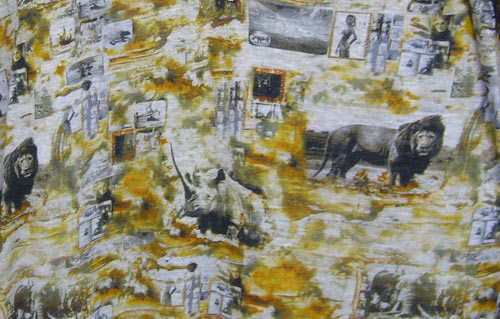 Here's a fascinating find I made at a discount clothing store: out of the corner of my eye I spotted a photograph that looked familiar, only to realize there's a whole dress of Peter Beard photographs. The label says 'Blue Area Cashmere' and I've found one blog that lists it for sale in the Hamptons for $350. I can not find any other info but I find it hard to imagine the whole thing is ripped off. Multiple revenue streams, people! 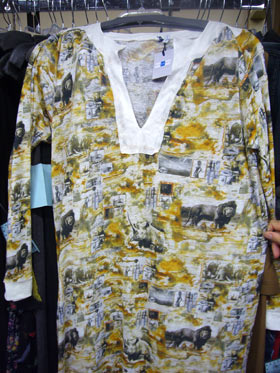 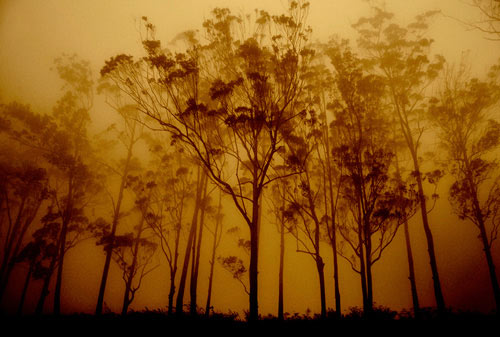 Visit their website for info about the gallery and workshops; check out their blog for stories such as 'Belly Dancing in Stone Town.' 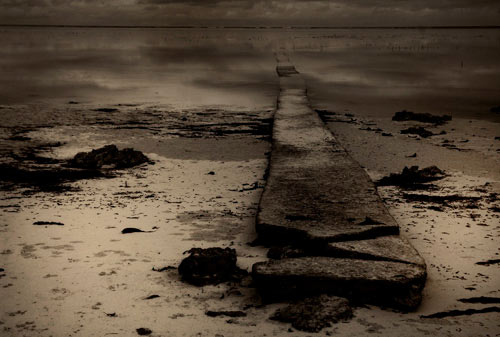 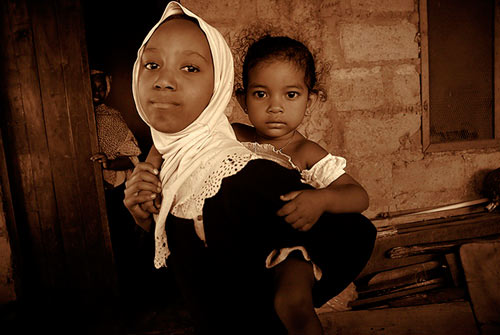 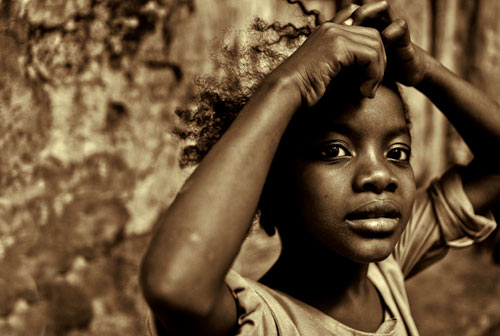 Even More Proud To Serve

She asked, they told: a video collection of photographs and personal stories from JoAnn Santangelo's long-term project featuring 65 gay people who were forced to served from the closet.

So long, Don't Ask, Don't Tell. May we never see the likes of you again.
News | Permalink |
Share 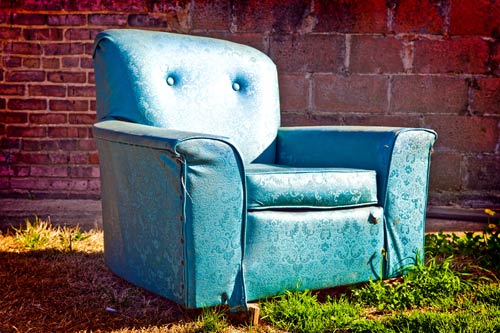 Anderson Smith is, according to one of his clients "one of the best in Atlanta." His fashion photography is beautiful, nicely playful, but I chose some examples from his personal work for this blog. Not just a cool photographer, Anderson is also the smooth host of a weekly radio show One Hour Photo: "Everything photography and more" on Armada FM - how clever!

Anderson interviewed me and my In The Loupe colleague Stella Kramer recently, posing some excellent questions and making the hour interesting and entertaining. We look forward to guesting again in the future. 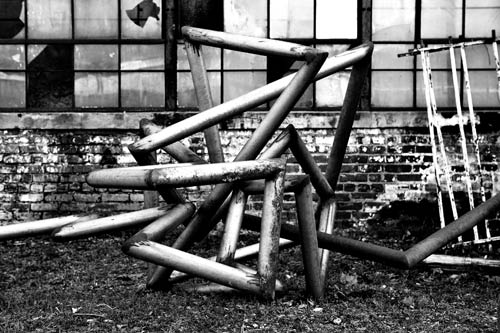 What I Did This Summer, by M. Sharkey 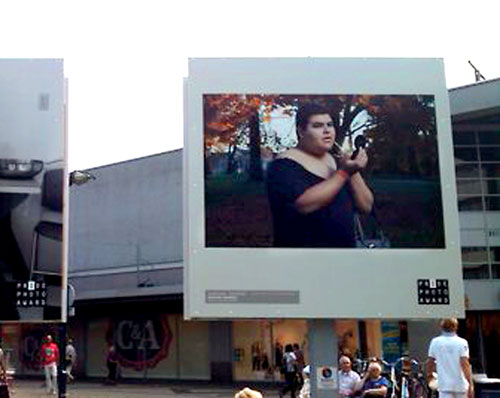 Queer Kid Jonathan, from Texas, on a billboard in Amsterdam © M. Sharkey

Sharkey's feature ran in aCurator last year: he's done an amazing job at getting this important series published. Here's to many more! 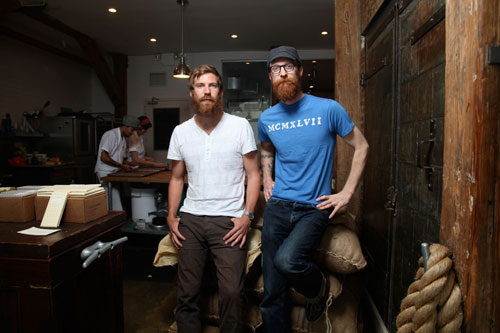