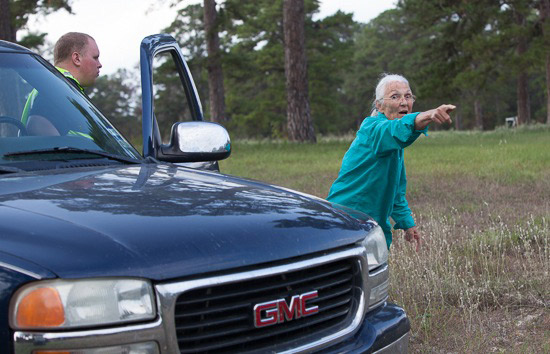 I've followed Julie Dermansky since I first saw her coverage of the Occupy movement. She reported recently from protests over the Keystone Pipeline.

"Back home, all is not well on the Gulf. The Coast Guard and BP acknowledged the oil above the site of the Macando well is BP oil. "Drill baby drill" still seems to be the predominate way here. Final approval for the Keystone XL pipeline, though delayed until after the election, seems like a foregone conclusion since construction of the southern portion has been fast-tracked. Too bad no one knows how to clean up a tar sands spill. So much about the Keystone XL pipeline doesn't seem right to me yet both political parties are ultimately for it." 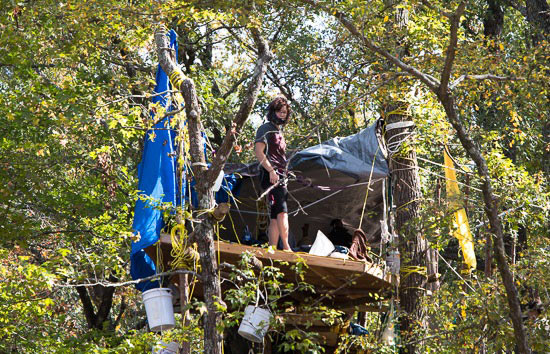 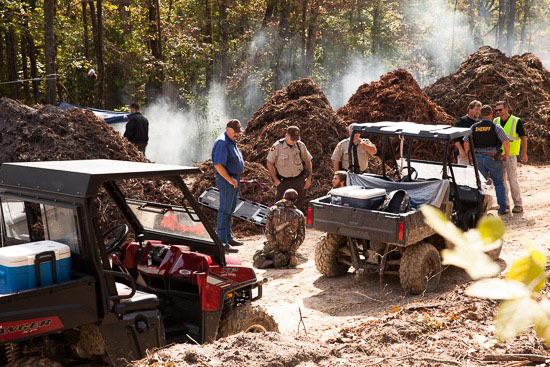 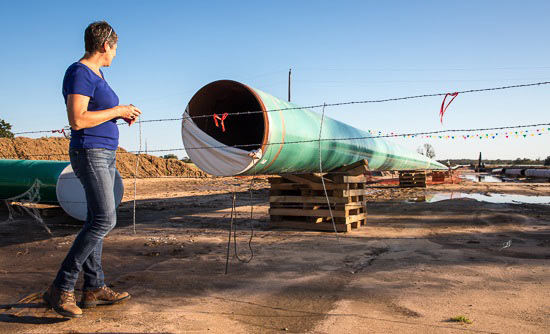 Ed's note: It is just after Hurricane Sandy swept through the New York area, reminding us that our political representatives mostly still have their fingers in their ears, singing la-la-la when it comes to any consideration of climate change.

Read Julie's article at On Earth

Read more on the tree-dwellers in The Atlantic
News, Photographers | Permalink |
Share

Every picture tells a story. Eyeist helps you tell a better one.

I am proud to be one of this new service's "world-class photography experts" connecting with photographers to "provide private guidance and feedback on their images - in real time - from anywhere in the world."

"It was very important for us to replicate the satisfaction of the in-person photography review with our service," says Allegra. "We are accessible, affordable and convenient, and our doors are open to all visual artists no matter what their level of experience may be. The interface is clean, simple and easy to use. But the most crucial component of all, the reviewers at Eyeist have been hand-picked for their level of experience and accomplishment within the photography world, and of course, their ability to give our clients a thoughtful and constructive critique."

The company has assembled a team of over 50 reviewers, who are among the most respected photo experts and authorities in the field including Photo Editors, Publishers, Photographers, Advertising Agency Art Buyers, Photo Agents, Gallerists, Museum Curators and more." 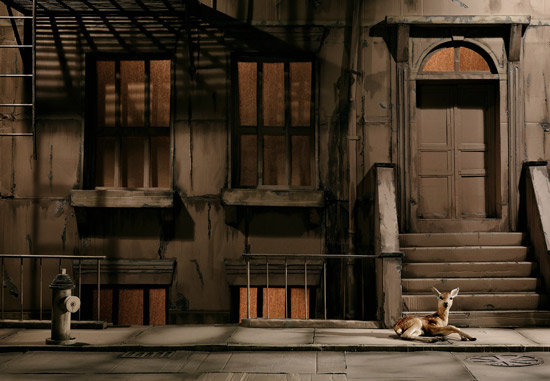 Andy Rudak's clever and well-executed personal project 'Cardboard Cities' recently caught my eye, along with the eyes of a bunch of other people with excellent taste (I think I first saw it over at It's Nice That,) including the UK's Association of Photographers who gave a Best in Category to 'Tokyo' in their annual awards.

Andy's commercial work is great, and his personal work is entertaining. Enjoy! 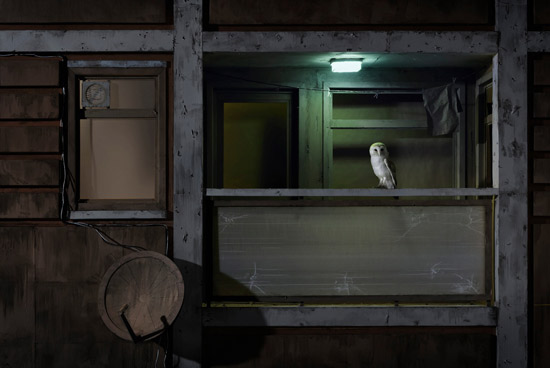 "Following a year's planning, design, build and shoot my Cardboard Cities project is finally completed. A personal view of London, New York, Mumbai, Paris and Tokyo bought to surreal life in the studio. A book following the process of construction from start to finish is being published with an exhibition of final images touring agencies and galleries this autumn and winter." 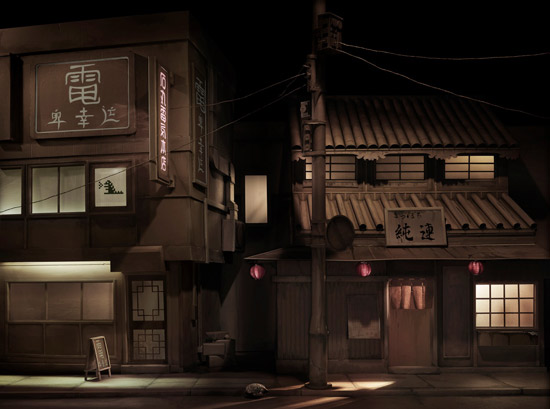 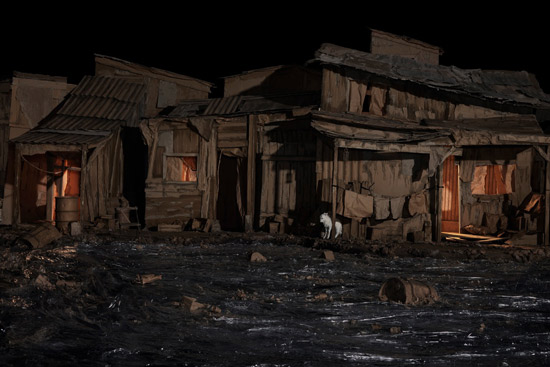 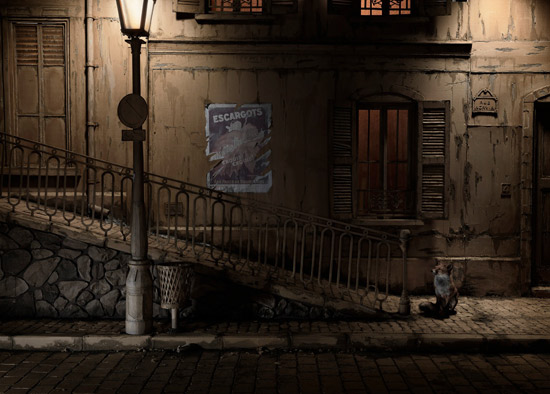 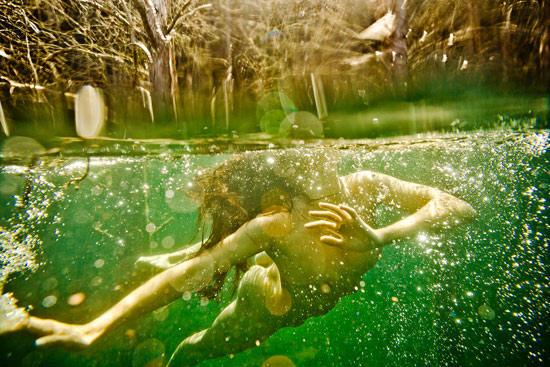 Based in North Carolina, Neil Craver started out as an abstract painter and figurative sculptor. He is embracing photography to explore his philosophical theories.

"This project is meant to be consumed with your emotions, and not simply perceived with your sense organs. I wanted a transcendental meaning behind them, not only with the use of chromatics and aesthetics. I wanted a 'subliminal composition' to create an undertow of messages to stress the strong influences of unconscious elements affecting and driving people's lives." 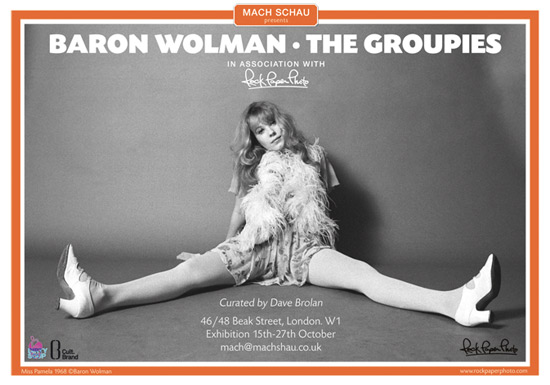 Because these are my good mates, here's the blurb in its entirety:

Baron Wolman was the first chief photographer at Rolling Stone magazine. From 1967 his assignments for the just-launched magazine were as diverse as a backstage session with James Brown; dinner with Pete Townshend after a day photographing The Who recording "Tommy"; shooting Janis Joplin performing at his house to recreate a performance for a live review; flying to New York to photograph Mick and Keith as they announced the Stones' Altamont show; being on stage with Santana in front of 300,000 people at Woodstock; or being almost whacked by Jimi Hendrix as he swung his guitar in concert. Every day was different, every artist was different and the scene was constantly evolving.

The more he worked, Baron began to notice that aside from the usual hangers-on at concerts, there were women who had obviously spent an inordinate amount of time and effort putting themselves together for their backstage appearance. They were not just hanging out, they were strutting - style and fashion mattered greatly. In fact, Frank Zappa thought them important enough to form a band out of a group of them, The GTOs, led by the legendary Pamela Des Barres, and produce their album. These women were a subculture of chic that Baron and Rolling Stone editor Jann Wenner thought merited a story. And so in 1968 this led to an entire "special super duper neat issue" of Rolling Stone called "The Groupies And Other Girls" featuring insightful interviews and photographs of the scene. Baron's interest in music and fashion would progress after his tenure at Rolling Stone as he went on to set up the influential magazine Rags, regarded as the Rolling Stone of fashion. Still, The Groupies special issue remains an important landmark.

All images in the exhibit can be purchased online at rockpaperphoto.com as limited-edition fine art prints hand-signed and numbered by Baron. Rock Paper Photo is the ultimate online gallery of fine art pop culture photography, where fans and collectors can discover and purchase iconic images of their favorite artists and personalities from the last half century.
Exhibitions | Permalink |
Share

Chris Anthony: Seas Without a Shore

"I've tried to avoid working with a very rigid theme or set of guidelines on this series and have wanted to take pictures of things, people and characters that mean a lot to me personally through themes of solitude, hope and survival. Making the masks, and many of the props and costumes is a big part of the process and it helps me define this unique and demented little world I live and shoot in. There are many still lifes (or portraits rather) of Seahorses, which I find to be one of the most beautiful and fascinating creatures in existence. The mysteries of the sea is certainly a big part of the subject matter in these pictures and I like to think that the book ends with a sort of crescendo of color images of survivors braving waves and currents, perhaps the result of a future world where ocean tides will wash away the planet's coastlines." 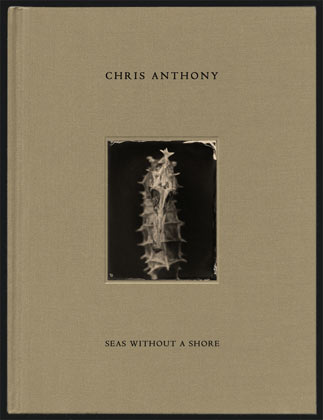 There are tons of 'rewards' on his Kickstarter if you fancy funding.
Books, Photographers | Permalink |
Share 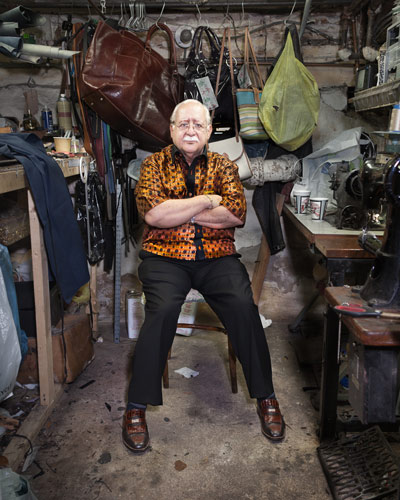 Who doesn't love a great environmental portrait, eh? John Delaney writes in about his recent SVA Masters Thesis project "Hoboken Passing." The project is currently a Critical Mass finalist, and will be exhibited as a whole in January 2013. Nice work! Read more over on John's website. 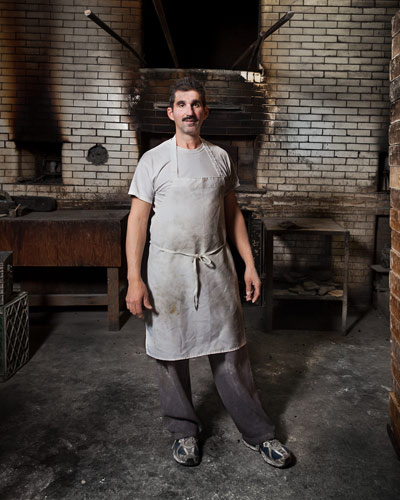 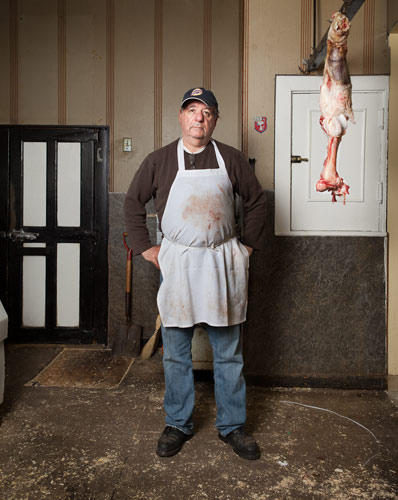 'Uprising Los Angeles' features photo collages made by Christine Burrill, a Los Angeles-based cinematographer and photographer. Being hosted by a new arts space in Harlem, 151ArtsBrownstone, the exhibition highlights Burrill's images of the aftermath of the 1992 LA riots. The exhibition is being held in honor of the 20th anniversary of the events that took place following the Rodney King trial.

"Burrill began working with photo collage after she read an article on David Hockney in The New Yorker in 1983. She was taken with his methods and set out to replicate what he called "separate glimpses" of the same subject. Burrill's impressive photo collages are made up of over a hundred 4x6 images that have been layered digitally then printed as a single image on archival paper. The exhibition presents a range of subject matter­­­: would-be gang girls flashing victory signs, empty shells of stores, elegant African-American churchgoers displaying resolve after Sunday service, a Korean family sweeping up the remains of their store, and a dismayed Latino cop standing quietly among by wreckage. The images feel remarkably current, invoking the pathos, and lurking potential, for violence in communities plagued by injustice." 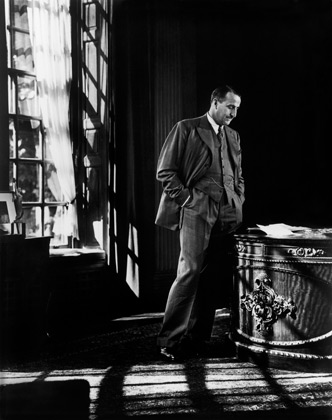 Bong! Who knows why I woke up today with the Rank gong in my head but here we are. Lord J. Arthur Rank aka 1st Baron Rank was a British industrialist and film producer, and founder of the Rank Organization, and he established Pinewood Studios where my once-fabulous photo agency was based for a couple of years. This photograph may well have been taken there. 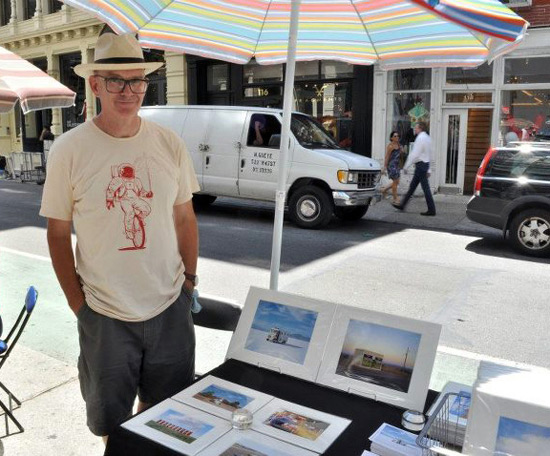 This is further to my previous post in conjunction with my fellow bloggers, led by Jorg Colberg and Colin Pantall, encouraging our network to nominate "photographers who have demonstrated an openness to use new ideas in photography, who have taken chances with their photography and have shown an unwillingness to play it safe."

I've known Rob Hann for many years since he was syndicating his photographs of musicians through my agency in England. We've seen different incarnations of each other in that time, and Rob's latest and I think most brilliant is what you see above. His love of the great American road trip and his humourous eye enable him to create an ongoing, thoroughly enjoyable series of photographs. In the last couple of years, the charming Rob can be found on Prince Street in Soho, New York, selling matted prints of his most appealing images in two sizes well under $50. Not only is he selling multiple copies himself at affordable prices, Christiane Celle of Clic Gallery discovered him on Prince and he is now represented by them for fine art prints. Rob is getting to meet all sorts of people, including editors and art directors, and has even picked up a commissioned job. Putting himself literally out there and pimping a product must have been a daunting prospect, but Rob has turned it into a profitable enterprise of which he should be proud. I commend him for not being complacent, not crowd-funding his career, and never, ever moaning about standing on the street all day.