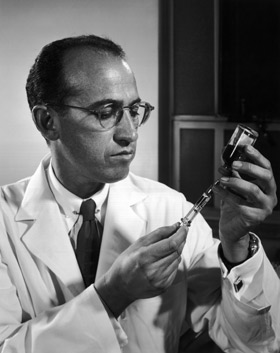 We were able to locate this image of Jonas Salk. The client originally requesting it had found it on Wikipedia, regrettably marked as being in the public domain. Wikipedia decided to take the image down even though I would have liked them to just make sure it was properly attributed and keep it on the Jonas Salk page. One of Dr. Salk's sons got in touch; also a doctor, even he felt the injection shot was a little discomfiting. 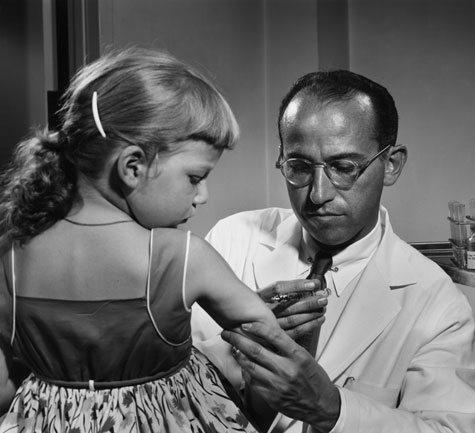 An inquiry came in from a museum requesting permission to use one of Karsh's portraits of Dr. Jonas Salk in display materials. No high-res scan exists of the one they want but this image from the same session demonstrates Salk in action - he discovered and developed the first polio vaccine. 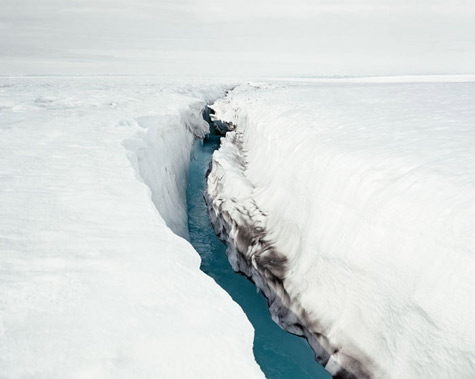 I missed the opening at Amador Gallery for Olaf Otto Becker because I was a meeting of the American Photo Archives Group, a trade organization with a great set of members; we meet to discuss the challenges of having a physical archive of photographs, negs, transparencies, contact prints and so on. But, from the dusty boxes-under-beds to a different theme entirely - Becker's  "Above Zero" project.  Risking life, limb and large-format camera, Becker photographs the incredible disappearing landscape of Greenland. I haven't seen the show yet so I can't comment on the prints but if what's on the web is anything to go by it'll be breath-taking. 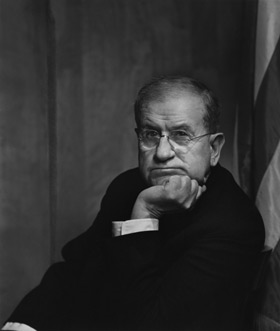 I see that Harold M. Ickes is consulting New York Governor David Paterson - a man with about a 20% approval rating clearly needs the help. Harold M. Ickes was White House Deputy Chief of Staff for President Bill Clinton. His father, Harold L. Ickes, was Secretary of the Interior from 1933 to 1946 and served under FDR, implementing much of Roosevelt's 'New Deal'. This photograph was licensed for use in a new book by Ken Burns/Dayton Duncan; you can see a little teeny tiny slideshow of some pages at the Random House website. 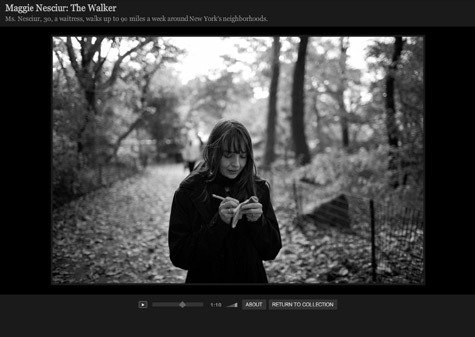 For me, the New York Times online seems to hide much of its engaging stuff behind its wordy old home page and I tend to not go there unless I'm looking for mainstream news items, forgetting they have so much great photography (I confess I haven't bought the paper version in years). This morning I discovered the "One in 8 Million" feature which is just gorgeous and lovely to use, and I've canceled my plans for the day so I can watch all the stories. These weekly slideshows are still images by Todd Heisler playing over personal accounts by New York characters and all those I've seen so far are winners, in particular Nancy Bunche: The Mayoral Maid as well as Maggie Nesciur: The Walker. 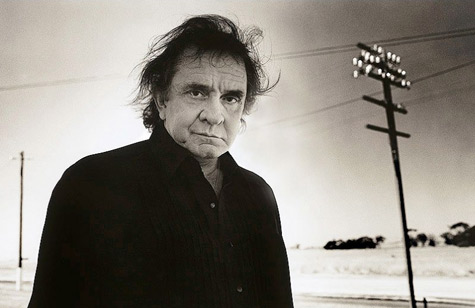 Nothing against Jim Marshall but how good it is to learn Andy Earl has a book of his Johnny Cash photos coming out and an exhibition with our mates at Snap Galleries in their new location in Central London, opening November 18th, 2009. 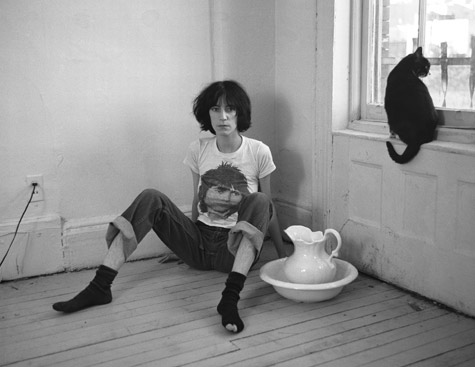 "In Perfect Harmony: Music Legends and their Animals" is a fund-raising 2010 calendar benefiting Rational Animals, sponsored by Morrison Hotel Gallery and its photographers. The organization does lots of proactive work to protect animals and reduce euthanasia, and is widely respected. Patti Smith is my favourite as Ms June, but it's hard to resist Danny Clinch's Moby in a van with his dog and Bob Whitaker's John Lennon snuggling a Siamese. Indeed, it's worth buying just to have Sting in a pair of shorty-shorts in your kitchen for the whole of July (thanks to Lynn Goldsmith). Making it an even better deal is the photographer's account that accompanies each image. 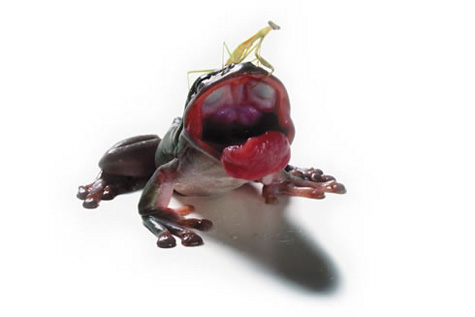 Catherine Chalmers makes gorgeous photographs of things that make us squeamish. In "American Cockroach" she shows us the hideous creature that seems universally to repel humans (I think she gets them back in "Executions"). Close-up images of bugs eating in "Food Chain" simply demonstrate what naturally goes on around us all the time but somehow we find it disgusting. There are other fascinating projects and she also shoots video - "Safari" is absolutely worth 7 minutes of your time, not least of all to see the stick insects trying to cope in the rain. Catherine is off to Costa Rica to record leaf cutter ants for a month, I'll hope to show something of them down the road. 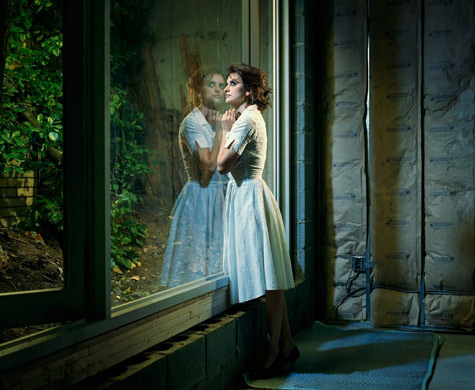 Eric Ogden donated a print of this portrait of Penelope Cruz for the Aperture Foundation's annual fund-raiser yesterday. Eric is a sweet and unassuming guy whose filmic photography is simply gorgeous. He was recently selected as one of only eleven photographers to be part of USA Network's "Character Project". This blog does his work no justice so I suggest a visit to his sexy website.

Points of View at the British Library 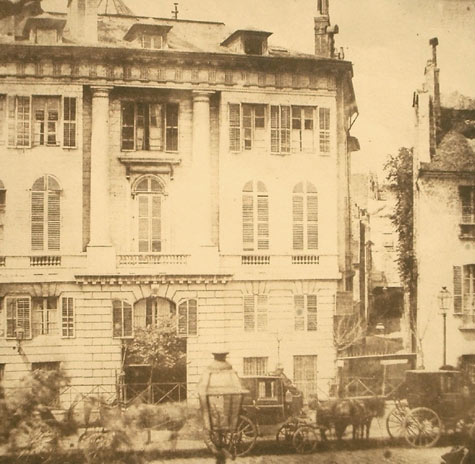 The British Library in London has opened 'Points of View: Capturing the 19th Century in Photographs'. There's blurb and an 'online exhibition' but the Library's website is only an almost for me; they're trying, there's a blog for comments and all, but as usual I'd like to see some photos. Big photos. I don't want to have to click an image 4 times before it's larger than a postage stamp nor use 'zoomify', a feature that lets you scroll so that the image disappears entirely from your screen. Really though, this is all just an excuse for me to publish the Fox Talbot from my personal collection.