aCurator's most popular feature this year has been M. Sharkey's Queer Kids project. We can thank young Sharkey for heading off for another round of subjects recently, and for producing this video. A healthy dose of laid-bare teenage honesty. 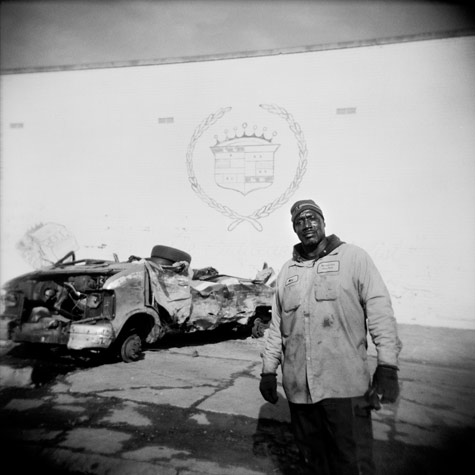 With a powerful spread of talent working around the world, Boreal Collective is an example of a small group of enlightened photographers coming together with their own voices and their own brand. With agencies disappearing and editorial assignments of any import few and far between, I expect to see more like this in the future.

In this feature, images from:

Ian Willms: "The photographs in 'Detroit' were made with a $30 plastic camera, manufactured en-masse in the 1980s for working-class families in China. The camera uses 120 format film and is equipped with a single element plastic lens. The body of the camera leaks light and scratches the negatives, while the primitive lens blurs and distorts the images. This camera was the absolute minimum amount of equipment available for me to create this series of photographs; anything less would have been ineffective and anything more would have been excessive."

Jonathan Taggart: "Ninety per cent of ecovillages and intentional communities don't make it past the planning stage or fail within the first year, and it is easy to see why: environmental ideals come in a variety of strengths and focuses, and the shared goals that initially unite members can later widen the rifts between them. While Whole Village has moved steadily towards its goal of sustainability since its founding just a few years ago, the success of the community rests as much on achieving social sustainability as environmental sustainability."

Rafal Gersak: "On a Friday afternoon... many can be found spending time with friends at a local pool, flying kites or visiting a nearby lake. For some there are even dog fights and the country's only golf course is located on the outskirts of the city. In these moments, the conflict seems a very distant thing. But reminders of war's long-held grasp on Afghan society are hard to miss."

Brett Gundlock: "The powerful, violent moves intimidate at first; but the rawness of the arm swings and chest pops is the voice of the dancer. This story is about a group of friends, each from a completely different background, brought together by Krump."

Aaron Vincent Elkaim: "Aaron specializes in editorial photography and has prioritized his personal work focusing on documentary photography with a cultural investment. He believes that the greatest photography is open ended; he doesn't believe in a beginning middle or end to a photo story but simply wishes to illuminate it, urging the viewer to ask questions rather than simply providing answers." 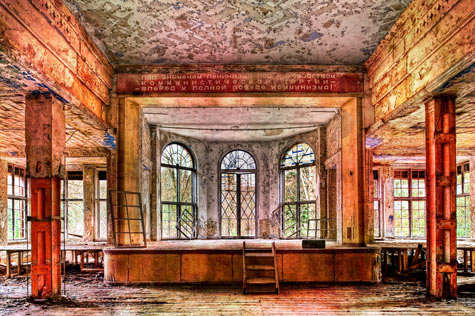 Dave Land is a British-born, Berlin-based photographer, who was first inspired to create by the photographs of O. Winston Link. With an exhibition on in Berlin right now, aCurator presents a selection of Land's images of decay and destruction. They are taken in and around Berlin and capture what is left of history - slowly deteriorating and subject to vandalism. You can see the show at Galerie am Rathaus, Berlin-Schöneberg, until November 25th.*

"I first need a motif which I know will enable me to create something unique. Often, I will revisit a location to improve the shot if necessary. I use layers quite a lot, but hopefully subtly. I have some custom layers which I will apply to an image, sometimes all over the image or maybe just in one small area - it depends. I may work on an image for a day or two, sometimes a week. I try various ideas out until I have something I'm happy with and often that never happens! Each image that I do finish though is unique."

Michael Massaia: In The Final Throes 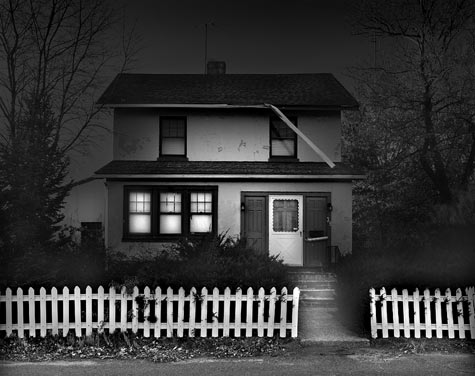 Fine art photographer and print maker Michael Massaia updated me with an email about his newest body of work 'In The Final Throes - New Jersey'.

While we're all snoozing away, Michael is not getting off our lawn...

"I took all of these images using large format black and white film and developed all the film in a pyro staining variation developer to help me obtain the look I was going after (also it allows for grainless, huge enlargements). After developing the film I'm hand-making 30x40 inch platinum prints as well as 40x60 inch pigment prints. These pictures were quite difficult to take because I literally had to be on people's yards at around 4 am (without their permission in some pretty rough areas) with a large view camera. I was nervous taking them but I'm excited with the results." 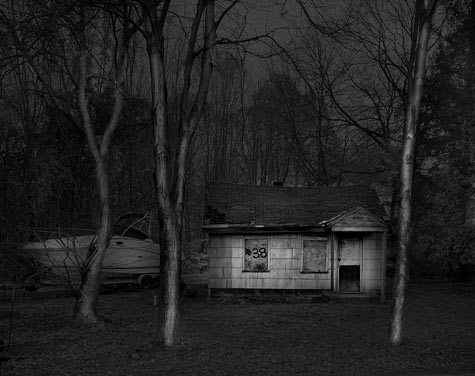 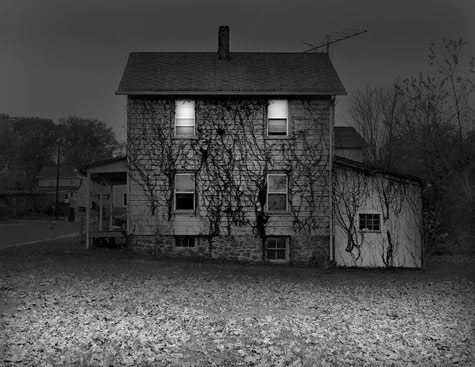 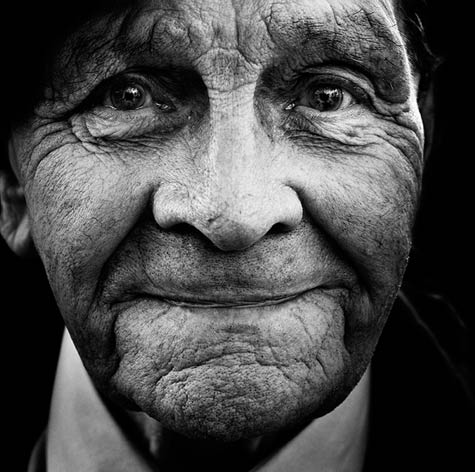 A moment's reflection is required. If you can't keep a dry eye looking at these, you know they're great portraits; and, we need them, to remind us.

"For the past 7 years on Remembrance Day I have been shooting portraits of veterans. The portraits are all shot in the same style, crop etc. I am aiming to keep shooting it for at least another 3 years. The project is based around the concept of The Unknown Soldier."

'They That Are Left', taken at The Cenotaph, London, Remembrance Day 2010. 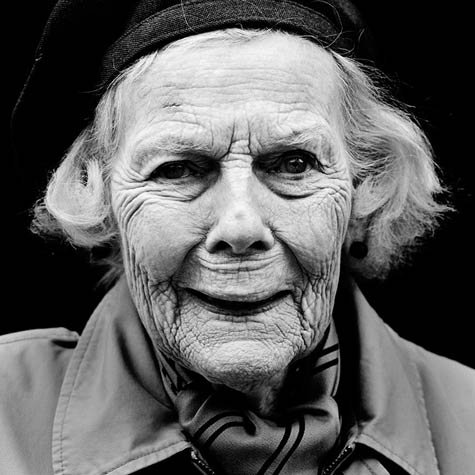 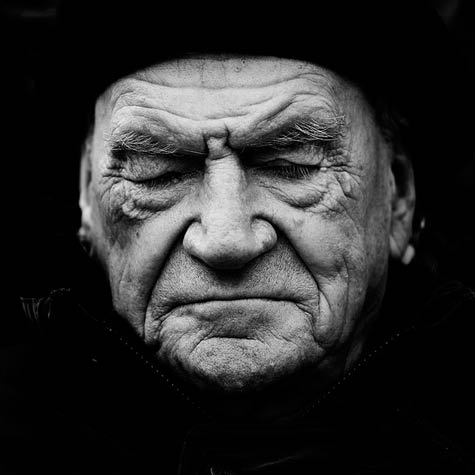 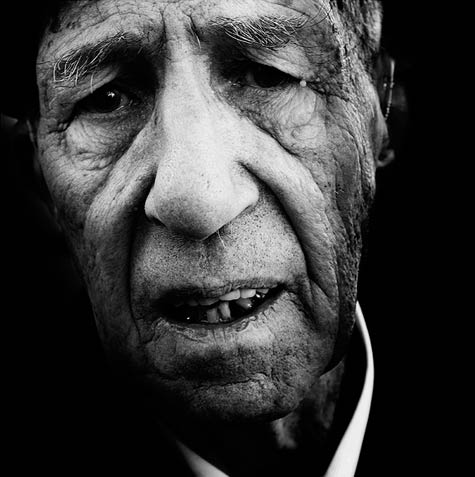 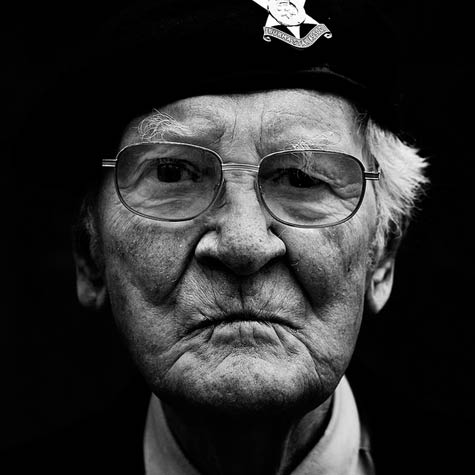 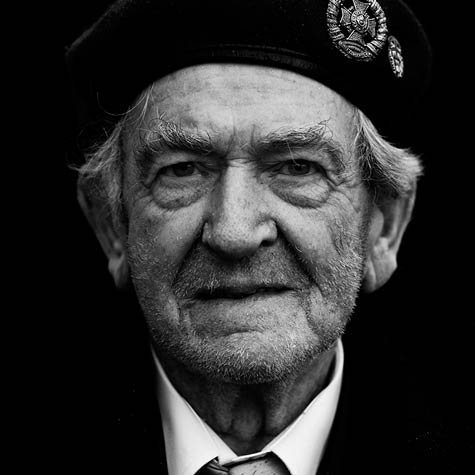 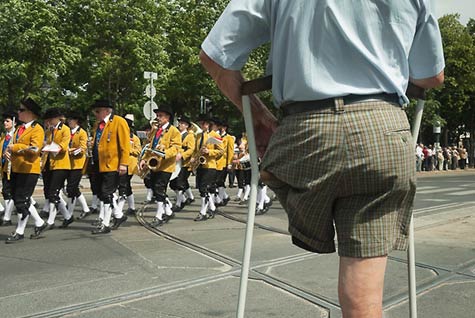 Robert Rutoed is a prolific Austrian photographer and filmmaker. Prints from his project 'Less is More' are currently on view at the New Orleans Photo Alliance Gallery in a group show titled 'WoRK', curated by our pal Andy Adams at FlakPhoto. Since I find myself craving work with a sense of humour, I'm happy to publish a small selection of Robert's photographs.

Robert has ecommerce nailed, so go take a look at some interesting limited edition book/print combo purchases available on the Rutoed website. 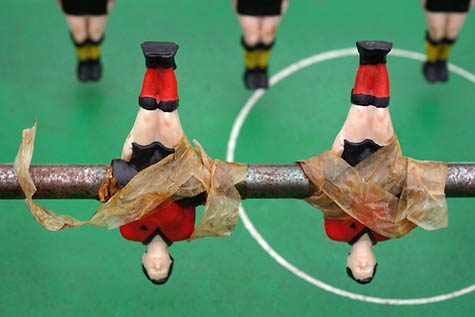 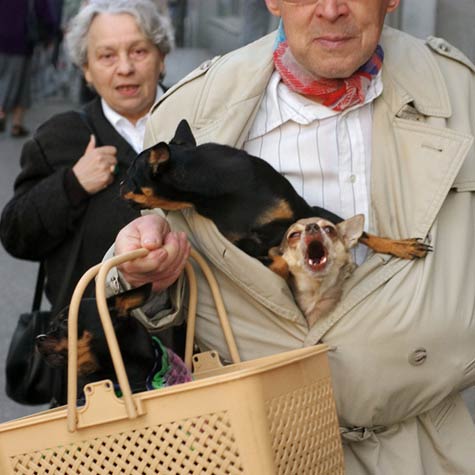 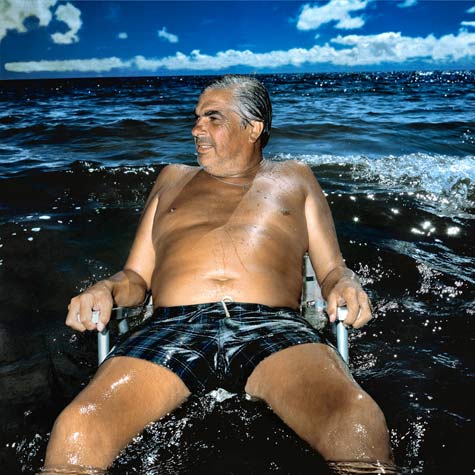 Another accomplished youngster. I'd seen one of Argentinian photographer Alejandro Chaskielberg's images illustrating a fiction piece in the New Yorker earlier this year. More recently, when I saw he was part of the Brighton Photo Festival, I visited his website and was just as thrilled by his work as I was the first time I saw it. I am particularly drawn to this series, 'Borders'; as Alejandro puts it, he is working with photography "in the border of the reality. Creating fictional scenarios with real people and situations." Chaskielberg shot on 6x6 positive film with a Rolleiflex.

Other projects include a unique series on the Argentine financial crisis in 2001, and more recently his ongoing project 'The High Tide: Native Islanders and the Community of the Paraná River Delta' which documents the Guaraní culture, and for which he received the 2009 Burn Emerging Photographer Grant. Chaskielberg was included in PDN's 30, 2009, 'Our Choice of New and Emerging Photographers to Watch'. And speaking of watching, here's Chaskielberg being interviewed in Brighton. 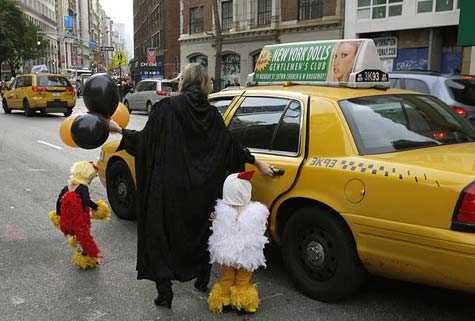 John announced a "merciless edit" of his blog. Upon visiting, I fell for this photo. Ahh, New York City. 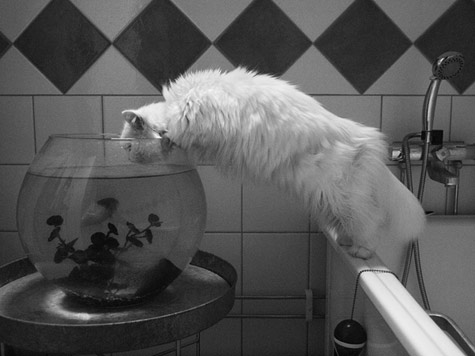 Based in Helsingborg, Sweden, Martin Brink has an eye for the quiet, everyday moment, with work in simplistic categories such as 'Objects' and 'Mailboxes'. Here's just a small sample of what's available on his website. Martin's series 'The Daily Round' is also a book - check it out here. 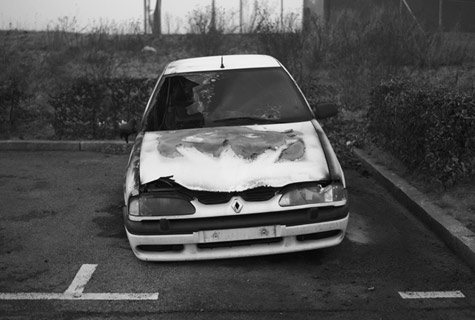 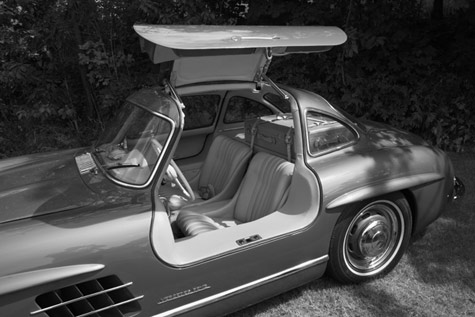 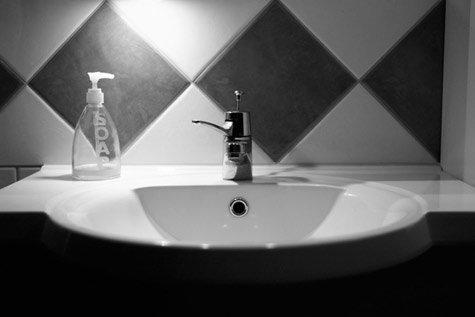 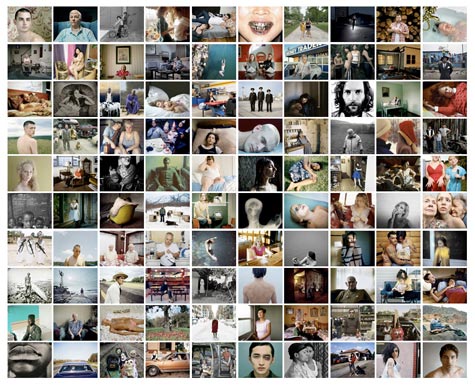 aCurator is proud to present images from the digital exhibition '100 Portraits - 100 Photographers: Selections from the FlakPhoto.com Archive'.

November 6-13th is Fotoweek DC, and as part of the event, the city of Washington will be transformed into a nighttime gallery. The festival has traditionally leaned toward photojournalism but is introducing an art photo component with the 100 Portraits projection this year. Andy Adams, editor and publisher of FlakPhoto.com and Larissa Leclair, photography writer and curator, are presenting an exhibition drawn from the digital archive that has developed over four years of daily updates on Flak Photo. In the new tradition of online curation and celebrating the burgeoning online photo community that Flak represents, the two made their selections together in a series of Skype video chats.

"As an added fine art component to the NightGallery projections, this screening features 100 dynamic portraits from an exciting group of contemporary photographers in all stages of their careers, each selected from the digital archive on FlakPhoto.com. Our decision to highlight work from this website celebrates the role that a thriving online photography community plays in the discovery and dissemination of work produced by significant artists in the Internet Era. Contemporary photo culture is marked by a continuous flow of images online, and our aim is to take a moment to recognize some of the noteworthy photographs published in this ever-expanding archive over the past four years. In this context, projected several times larger than life, these portraits look back at us and embody a louder voice in the discourse of the gaze." - Andy Adams + Larissa Leclair

View the full screen feature in aCurator magazine.
To learn more about the contributing artists and to see all 100 portraits, view the full online exhibition.