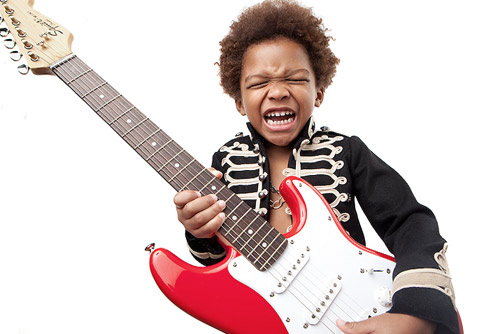 Christopher Auger-Dominguez has embarked upon this fabulous personal project, Vinyl Idols, which I of course fell in love with when we met at NYC Fotoworks.

"Each image will be a reproduction of, or inspired by, famous album covers in rock and roll. "Jimi Hendrix" was inspired by the album Radio One." 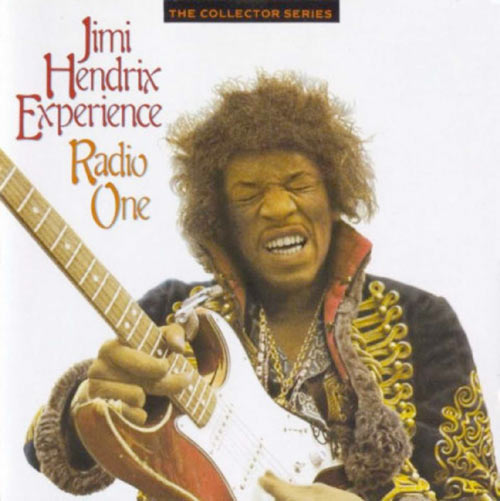 I have been talking about #Hendrix a lot lately in my work with Baron Wolman. Baron doesn't like the question of who his favourite subject was, he says it's like asking a parent which is their favourite child, but when pressed, it's Hendrix: his amazing style and presence always shone.
Photographers | Permalink |
Share 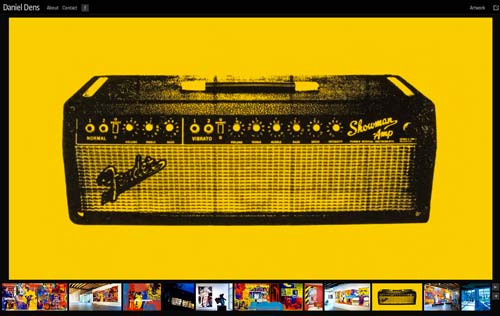 There are now several examples of the bigflannel Portfolio template live online. Sharing some of those here. I encourage photographers to keep this in mind for a new, highly affordable main portfolio site, or for book projects, personal work or other series that you might want to profile under a separate portfolio to your main website. 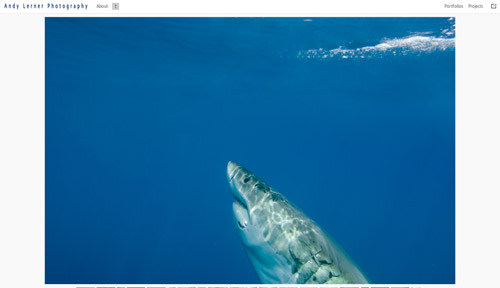 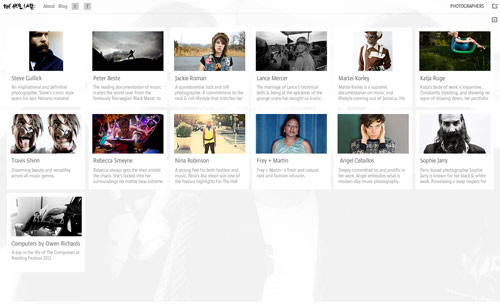 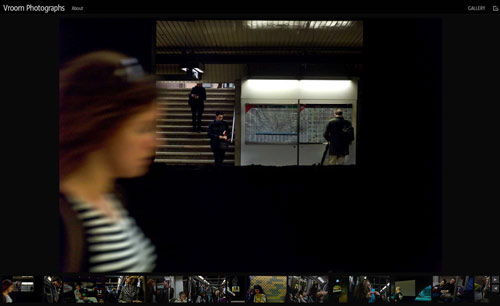 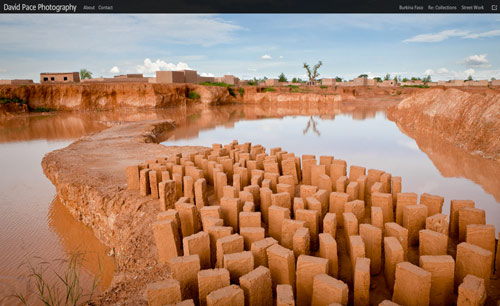 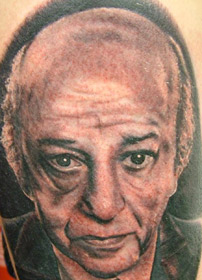 Like a cat bringing a mouse to its owner, a tattooist in England reported this rendering of a self-portrait by Mr. Karsh to our curator. The gentleman doesn't know quite how he found the image, nor did he know who it was until recently, but had "managed to convince one of my friends to have the portrait"... we don't know where. The big joke among my Karsh colleagues is how I plan to handle this copyright infringement. 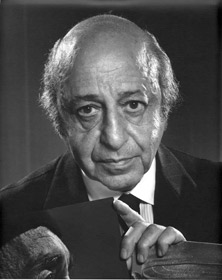 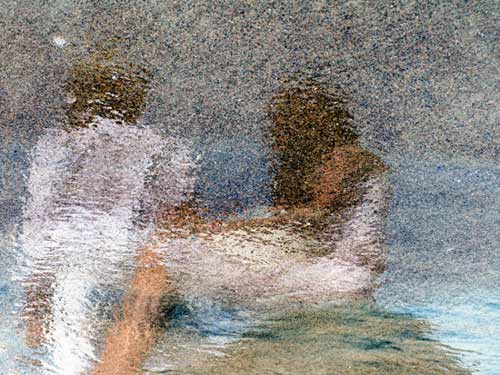 Another interesting find at a portfolio review, Leslie Jean-Bart was sent to me by a fellow Brit so I could see his tea-stain photos, which I really enjoyed.

I was also drawn to his colorful, abstract series. For this ongoing summer project Leslie spends hours at Coney Island, studying the sea, the sand, the boardwalk, the people, their interactions. His goal is "to get back to 'seeing', to a kind of pure photography not driven so much by narrative or issues, but by light, by color, shape and form. I am completely at the mercy of the elements since the sand and tide move at times faster than a mosquito flying by one's ears in the summer."

Samples from the 'tea stain' series 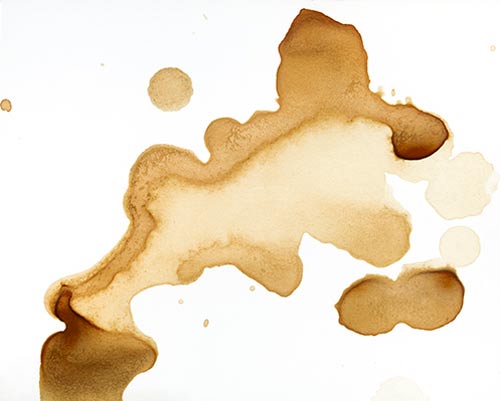 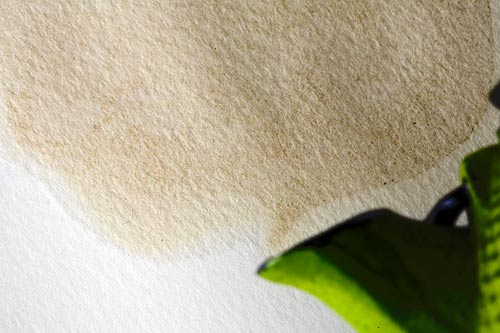 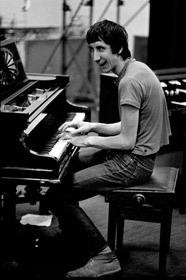 At this year's Classic Rock Magazine annual award ceremony for contribution to the rock music industry, my great friend and colleague Baron Wolman was given a VIP Award. This was the first time it had been given to a photographer. When we last spoke, he hadn't decided on his acceptance speech but by that night he'd nailed it: According to Dave Brolan, Baron said he couldn't understand how Pete Townshend could smash his guitar, but saw how great he looked and that he's always wanted to do it. So he threw a camera onto the stage and it smashed... the place went wild, Pete came over and said "Well done!" and that he'd always liked his photos. They hugged & posed for pictures.  This is how rock history is made!

IN TIME FOR THE HOLIDAYS the premium editions of Baron's book are running low. Go get one now and make someone's Christmas. 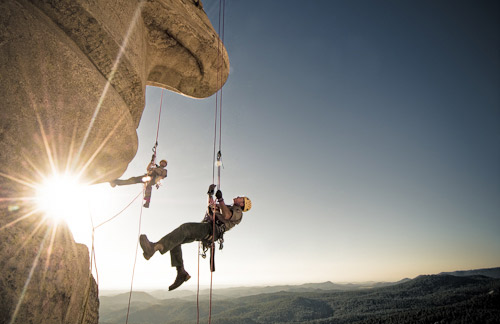 NYC Fotoworks vet all their potential portfolio review attendees and this does change the dynamics slightly for a reviewer. We can expect a certain level of work experience and practiced professionalism. At my first review for them recently, there were a few photographers whose work I really enjoyed and I hope I was able to impart useful knowledge to each of them.

Of all the great shots Kevin Steele showed me, Mount Rushmore made me beam. Kevin's a rock climber too, of course! and all his work has that edge of exhilaration. Hey, if you can climb rocks, why not take breathtaking rock climbing photographs.

Go and enjoy some vicarious thrills. 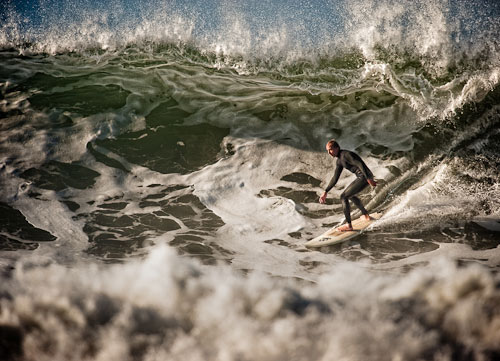 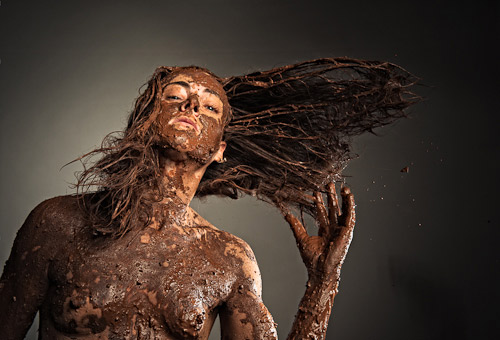 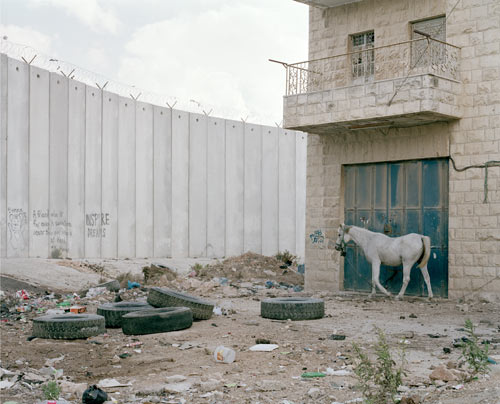 Quiet work betrays a bold personality: when complaining on Facebook about a photographer who didn't follow up on my offer of publication, Berlin-based Benedikt Partenheimer cheerily suggested I publish his work instead. After a look through the different series on his website, making an exception to my "no horses" rule, I was most taken by 'Expiration' for its cool, calm look at the West Bank city of Bir Nabala, once a commercial center but now sealed off from Jerusalem by the Wall. 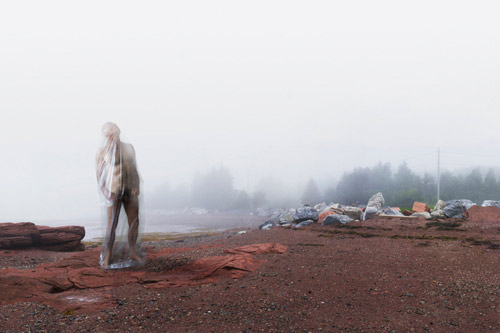 Ian Ross tipped up at my table at the ASMP portfolio review last month. I found his 'Mystical' series strangely spellbinding. See for yourself. 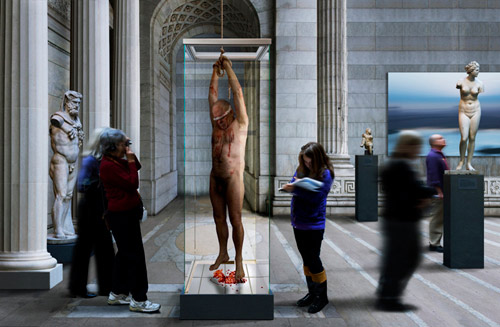 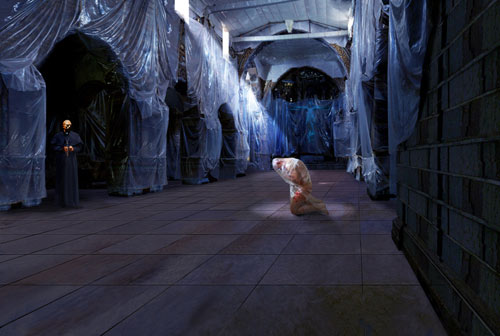 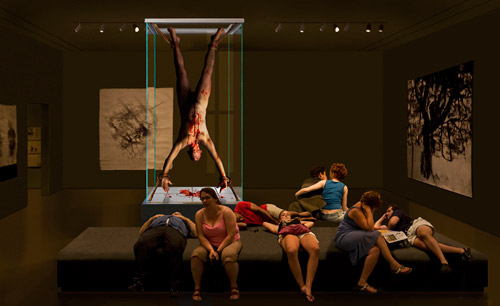 "I use my images as a vehicle to express ideas and to challenge the boundaries and preconceptions of conventional photography. I am drawn to creating sets with an unusual atmosphere and select models and elements of nature that work within that space." 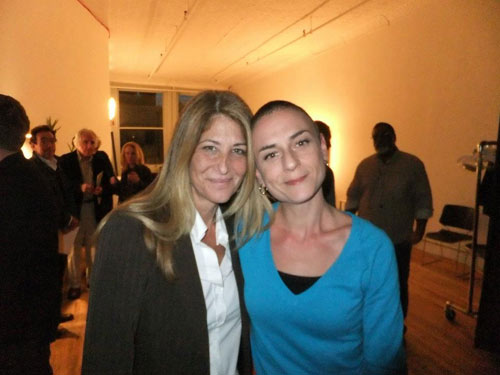 A new innovative system for online image reviewing was announced in October by the Super Team at Eyeist: Allegra Wilde, friend, consultant and co-host of In The Loupe; Jesse Diamond and Micah Diamond, two successful photographers; and Doug Dawirs, a techno hero to many of us in the photography industry, are the founders. Eyeist is a simple, web-based system that allows image makers to engage the services of a photography professional at various levels, each affordable. When I think about the many people who can't get to a portfolio review, don't feel ready to present in person, or might want to have some work edited anonymously, I realize how successful this is going to be. I'm proud to be in on the ground floor and look forward to it launching fully in January 2012.

There is still time to make a donation to the cARTwheel Initiative to support their premiere voyage, but they leave soon! A small team of wonderful artists, photographers, musicians, therapists, head to Sri Lanka soon to bring workshops to more than 200 school children and hold an exhibition of their work in Colombo at the end. cARTwheel will bus some kids down from the north who have never left their war-torn neighborhood.

Give what you can, via IndieGoGo.