Betty Press: I Am Because We Are 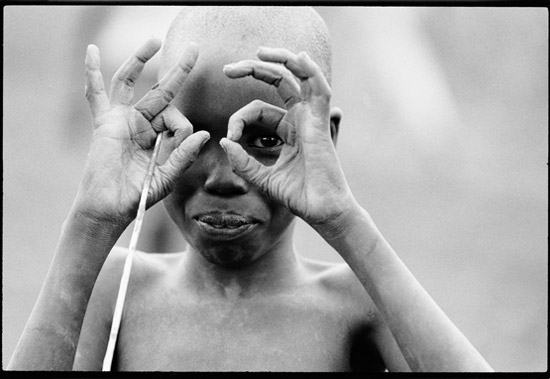 "When a child behaves like an adult he sees what an adult sees." African proverb

This series of photographs is from Betty Press' 20 year project which has culminated in a book 'I Am Because We Are: African Wisdom in Image and Proverb.'

"The title of the book comes from a well-known proverb, attributed to South Africa, 'I am because we are: we are because I am.' It speaks to the interconnectedness and responsibility that we have for each other, and it embodies the concept of Ubuntu, the African idea of living harmoniously in community. Together the images and proverbs tell the story of life, moving through: family, home, education, relationships, work, leisure, environment, conflict, peace, music, dance, religion, wisdom, old age, and death, finally coming full circle with hope, as life goes on with the descendants and the living community. The proverbs in this book have been compiled by Annetta Miller who has been collecting proverbs for more than 30 years. Ms. Miller, an American born in Tanzania, has worked in East Africa for most of her life." 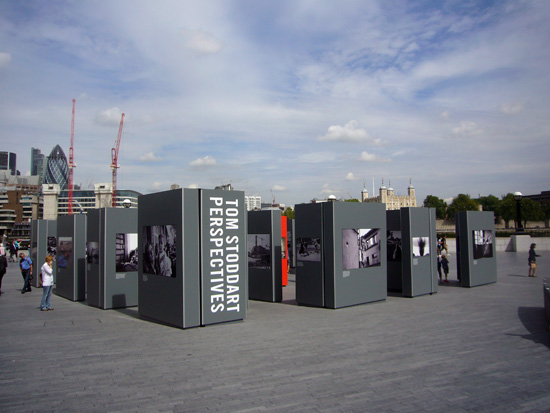 I so happily stumbled upon this open-air exhibition when in London for a few days just after the Olympics, with London pretty much universally in a post-games, pre-Paralympics glow. Seventy-eight of photojournalist Tom Stoddart's signature black and white pictures are on display at More London Riverside, between City Hall and HMS Belfast, through September 11th, 2012.
"The world's nations are joined together in a wonderful sporting festival whose motto is 'swifter, higher, stronger'. I hope that people visiting the exhibition will leave with a greater determination to understand and help those with little access to clean water, food and medicines who, through no fault of their own, cannot run more swiftly, jump higher or be stronger." Tom Stoddart. 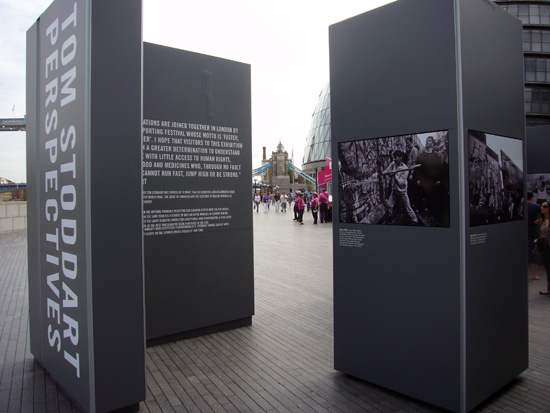 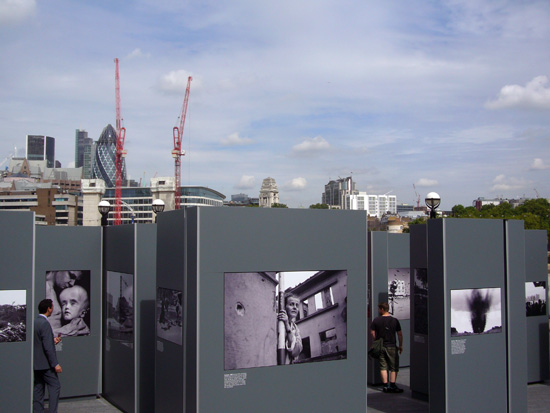 Perspectives has been created with the participation of the International Committee of the Red Cross ICRC, featuring photographs taken by Tom Stoddart for the Health Care in Danger campaign. 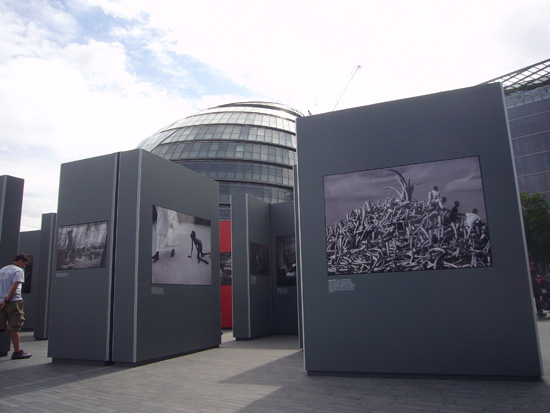 Thanks go to enthusiastic photographer and educator Gilvanio Bragagnolo for talking me through the exhibition and recording me for the 78Perspectives Visitor Feedback!
Exhibitions | Permalink |
Share 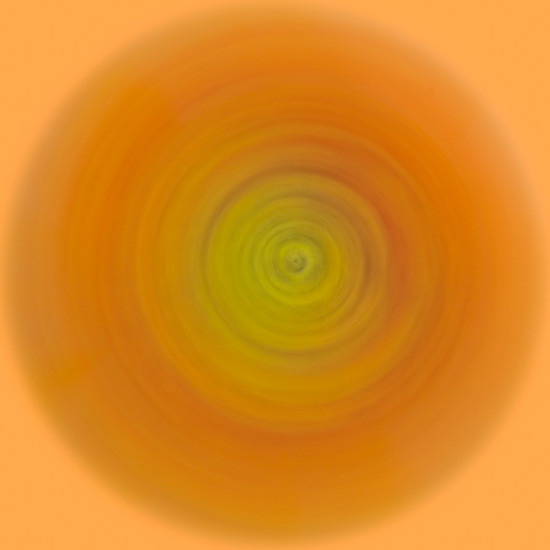 Whilst I loved Fong Qi Wei's 'Exploded Flower' series, I was curious to see what he would come up with next. Here we are with 'Floral Swirls.' 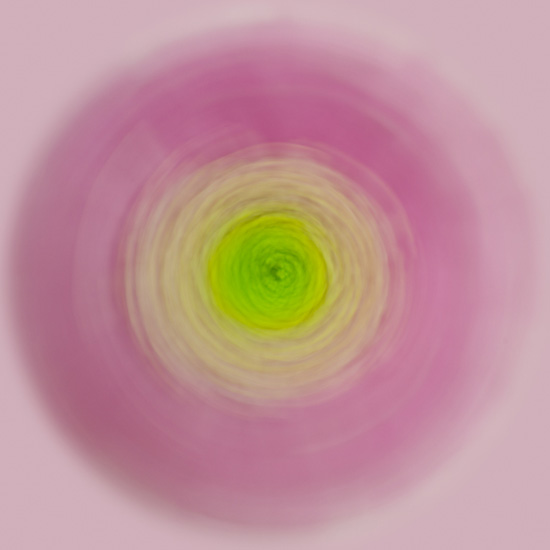 Qi Wei says "'Floral Swirls' is a series where I delve into sub-theme of colors in flowers. Just as art wants an audience's attention, flowers have evolved to demand attention from pollinators like bees, humans, birds and so on. A main feature of flowers are their colors which are distinctive and conspicuous. The set of images abstract out the colors of various flowers from their intricate structure (as investigated in my 'Exploded Flowers' series). As you look on this series you should find your attention being drawn to a select few, and perhaps ponder why that certain color combination is attractive to you." 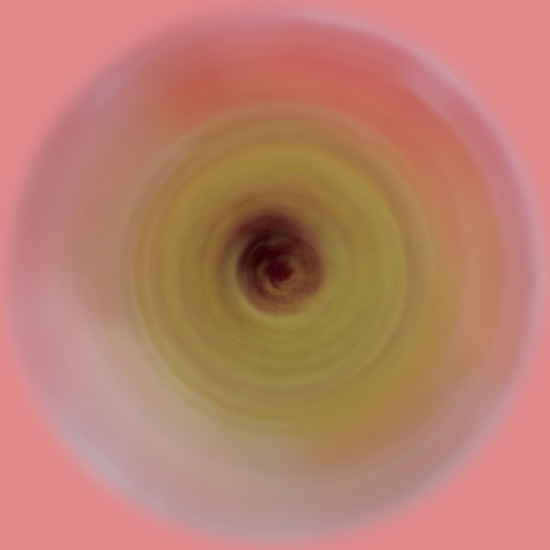 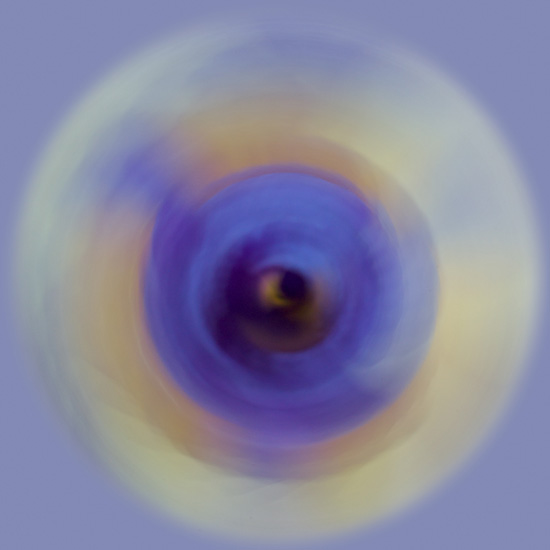 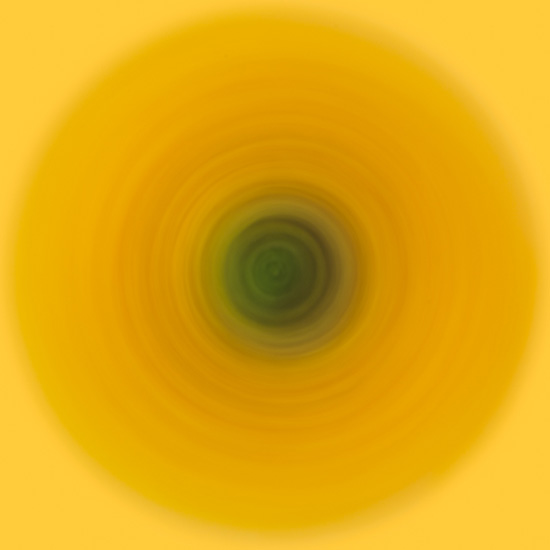 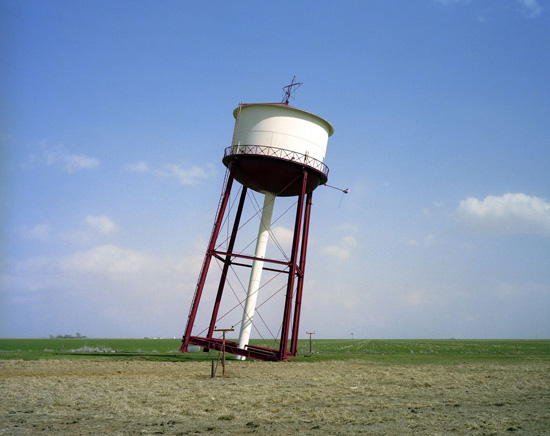 Repeat contributor and good mate Rob Hann makes collaborating easy and fun. I share his Brit-ex-pat love for the American highway so I am pleased to once again chuck you in the passenger seat and take you away for a bit.

"For my latest road trip I wanted to travel around the edge of Texas so that's what I did. I flew into Houston and drove a rental car anti-clockwise all the way round, with a couple of trips into the interior, til I got back to Houston. Here are some of the pictures I took along the way." - Rob Hann, August 2012

Enjoy the rest of summer! (apologies for being Northern Hemisphere-centric) 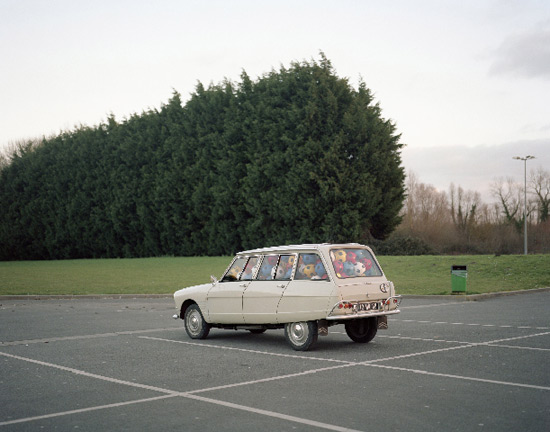 We have to keep smiling somehow and photographers like Jean-Baptiste Courtier give a big helping hand! 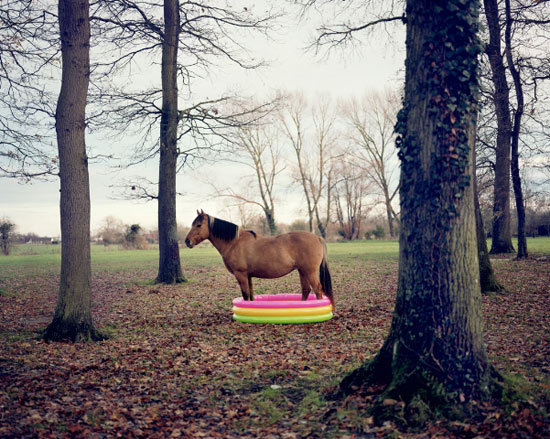 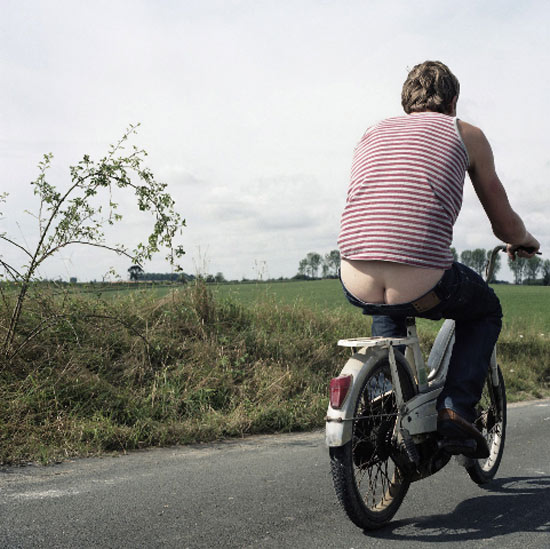 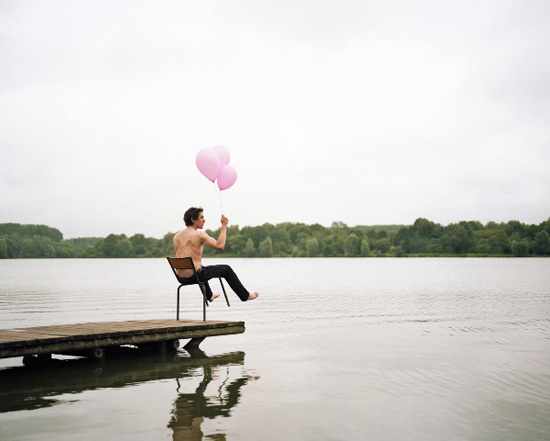 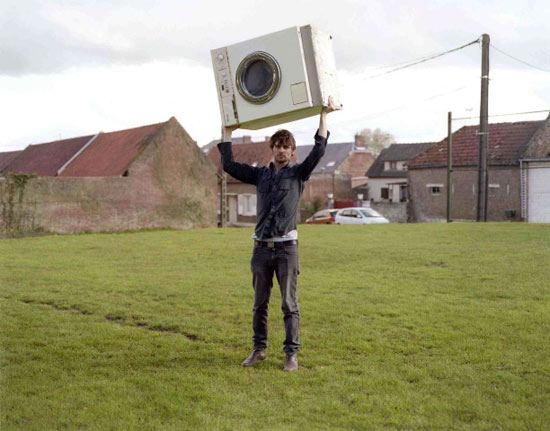 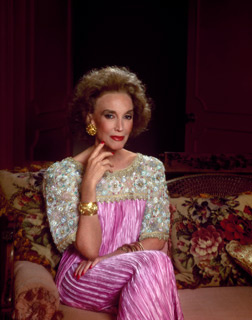 How's about this classic colour photograph of author and publisher Helen Gurley Brown taken in 1992 at the very end of Karsh's commercial career. As one of our clients said, "very 'Dallas'!" 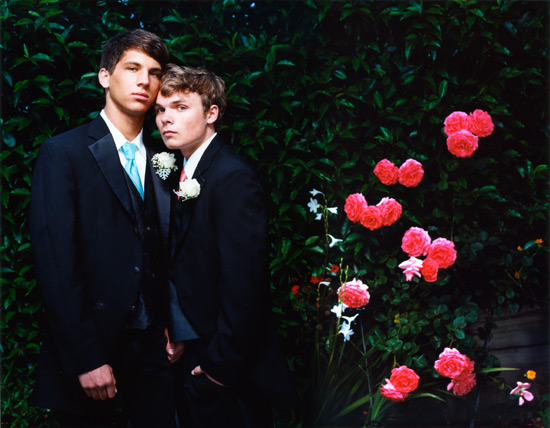 Galerie de la Main de Fer is pleased to announce 'Queer Kids' by M. Sharkey, a solo exhibition of works produced over the past six years documenting gay youth in the United States. 'Queer Kids' will be on view August 31 - September 30, 2012 (coinciding with the Visa pour l'Image photo festival). An opening reception will be held on Friday, August 31st from 6 - 8 pm.

Those of you paying attention will know that I feel strongly about these.... which makes it even more irritating that nobody is paying for me to go to Perpignan. Who do you have to sleep with 'round here...

For those of you who will be there, submit your images of the show and I'll publish some here in the blog.

And because I can never get enough:

The one, the only, the super champion Bruce Davidson. 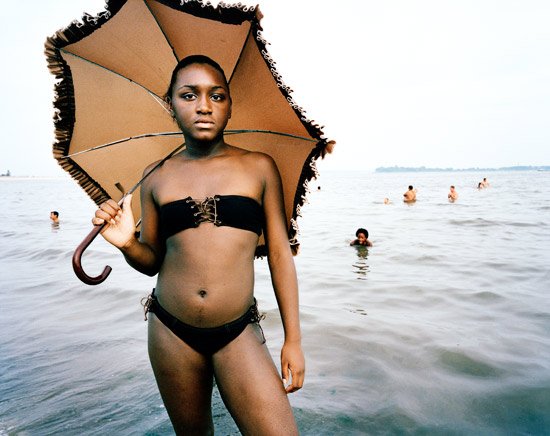 Welcome to the Bronx Riviera.

I reviewed Wayne Lawrence's Urban Beach Week, Miami, series, and interviewed him last year for Emerging Photographer. What a pleasure to engage with a young photographer who came a little later to the art and who has embraced exactly what it is they love, with marvelous results. Over the years of representing the estate of Yousuf Karsh I have learned a lot about portraits; we benefit from the connection Wayne is able to make in such a short time.

"Orchard Beach, a mile-long sliver of constructed shoreline, has long served as an oasis for generations of working-class families living in an environment defined by struggle, yet is embedded in the imagination of many as a ghetto beach carrying all the stereotypes associated with the hood. As the only beach in the Bronx, the stigma attached to Orchard is due in part to the complex history of a borough stained by a tumultuous past and loaded with racial, cultural, and socio-economic undertones. With this series, I determined to create a body of work in celebration of this community at Orchard Beach and have sought to exalt the souls who have allowed me to share their space.

I began the journey to the heart of the Riviera at a crucial point in my personal life. I was a father and wounded, having witnessed the birth of my son a few years earlier, only to experience the most profound grief a year later when my older brother David was brutally murdered. Finding a sense of community at Orchard Beach has allowed me the time and space to reflect on the importance of family and to find my voice as a photographer.
I've approached this work instinctually and see every person portrayed here as magnificent in their own way. To stand face-to-face with the souls in these images is to accept them as they are without prejudice because ultimately, we are all one.

Bearing witness to the polarities of human existence is what drives me to do this work. I am interested in examining the totality of life with all its complexities from our entry into this world as raw potential to the day we no longer exist."