It is going to be a happy week! I had to be dragged away from Chris Killip's photographs at AIPAD this year and now his first solo show in the States opens at Amador Gallery on Wednesday September 15th. I can not wait for the reception for '4 + 20' where I'm hoping to chat up my fellow expat countryman.

I noticed Leah Giesler following me on Twitter, and visiting her website I found a young woman from Philadelphia undertaking a wonderful project - traveling across South America taking photographs for 25 non-profit organizations while she's 25 years old. I'm pleased to present a selection from her series in Colombia.

"The 25twenty-five Project is a long-term, online, documentary photo series telling stories across and about South America. I am creating a space to re-imagine this continent by combining poignant photo essays about 25 non-profit organizations along side of other contextual cultural observations, posted to a bilingual website.

My motivation for the 25twenty-five Project comes from my interest in finding creative, effective forms to adapt the way we Westerners look at others around the world. After completing a project working to this end with images from India, I wanted to move onto a new challenge and tackle the misunderstood and under-imagined continent of South America. So, I created the 25twenty-five Project in order to educate and engage audiences over the course of one year and ask the question, how much do North Americans really know about this 'other America'?

By consistently posting these works to the 25twenty-five bilingual website over the span of one year, I will be gradually illustrating more positive parts of these countries and creating a dialog that travels between the two Americas. So many of us North Americans lack relation and consideration to the countries and people of South America. And often, when we have no information to go off in imagining this place, we rely on the negative information we do have. Through this project, I will be gradually building a new (and more positive) relationship between both North and South American audiences."

Joe Gato is a Cuban-born photographer living and working in South Beach. Joe submitted images for consideration and I love this photograph from his personal work.

It's a fun visit so take a trip to Joe's website - his behind-the-scenes ballet images are enchanting.

Another gem from the Karsh archives. I recently watched the original 'Italian Job' for the umpteenth time - it features a stellar performance from Noel Coward as an overly-patriotic, jail-dwelling mobster (Donald Sutherland nominally takes this place in the not-too-awful remake). 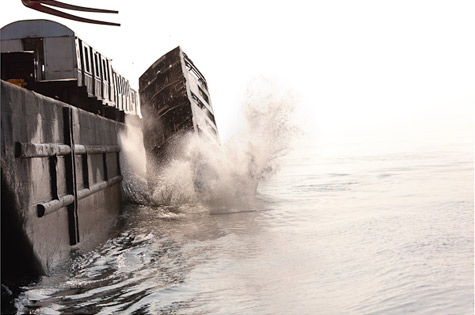 Stephen Mallon's latest exhibition officially opens tomorrow, Friday September 10th. The prints from his series on recycling of subway cars in the States look stunning at Front Room Gallery, a lovely space in Williamsburg, Brooklyn. Steve's so cool, he even had the MTA at the press review last night.

UPDATE: Listen to Steve talk about the project on NPR 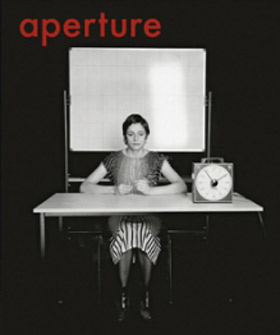 Celebrating the 200th edition of Aperture Magazine this month, with two covers available, Cindy Sherman or Clare Strand. It's a brilliant issue featuring Strand's 'The Spot Marks the X', Martin Parr's 'Oscar and his Taxi and 'Five Years After Katrina' with photographs by Keith Calhoun and Chandra McCormick. Buy it, or better yet, go ahead and subscribe now and get a free book. 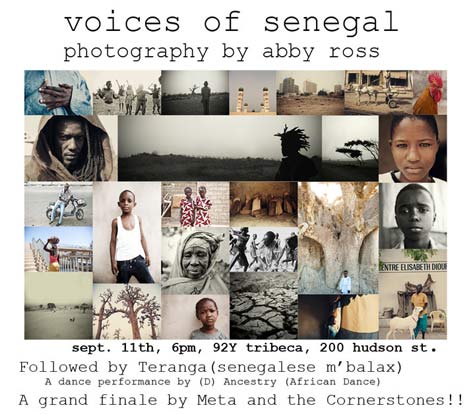 Voices of Senegal is a new body of work which will be exhibited at 92YTribeca, NY. Opening on September 11th, talented young photographer Abby Ross will be showing her wonderful large prints and closing the evening with Senegalese musicians.
Exhibitions | Permalink |
Share 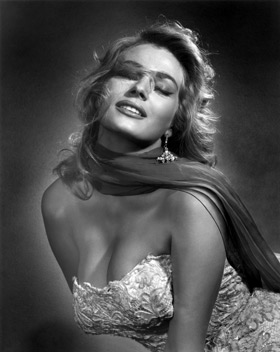 UPDATE AUGUST 2010: The film has been nominated for two Gemini Awards. Congratulations to Ian McLaren of Productions Grand Nord in Canada.
Watch the trailer.


Thanks to Rob Haggart and Brian Clamp for sending information about the screening of the documentary "Karsh is History" at Foto Week DC on November 10th 2009. Productions Grand Nord, in association with The Portrait Gallery of Canada and BRAVO! present this 52 minute film about the life and talent of Mr Karsh which debuted at the Festival International Du Film Sur L'Art in Montréal in March. I'm in it, but Annie Liebovitz has a bit more camera-time.

Of Anita Ekberg, Karsh said "Her natural behavior resembled the love goddesses she portrayed - uninhibited and seductive, and totally without guile." 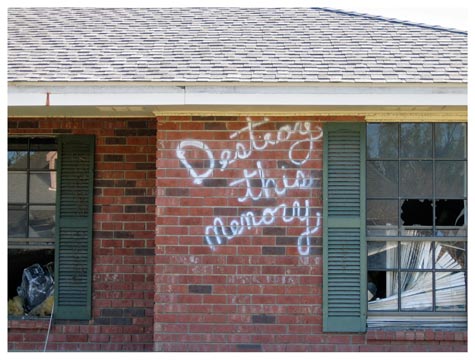 From the new book by Aperture Foundation.

"On the fifth anniversary of the storm, 'Destroy This Memory', photographs by Richard Misrach, offers unique, revealing human perspectives on the devastation and shock left in the wake of Hurricane Katrina. 'Destroy This Memory' presents previously unpublished and starkly compelling material, all of which Misrach shot with his 4 MP pocket camera. Created between October and December 2005, this haunting series of images serves as a potent, unalloyed document of the raw experiences of those left to fend for themselves in the aftermath of Katrina."

Artist's royalties for this project are being donated to the Make It Right Foundation, which is currently rebuilding the Lower Ninth Ward of New Orleans.

The images truly speak for themselves, containing the only text in this heart-breaking series. 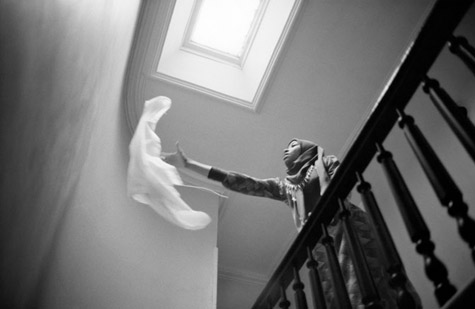